From coercion to corruption to collapse: The UAW's predictable demise 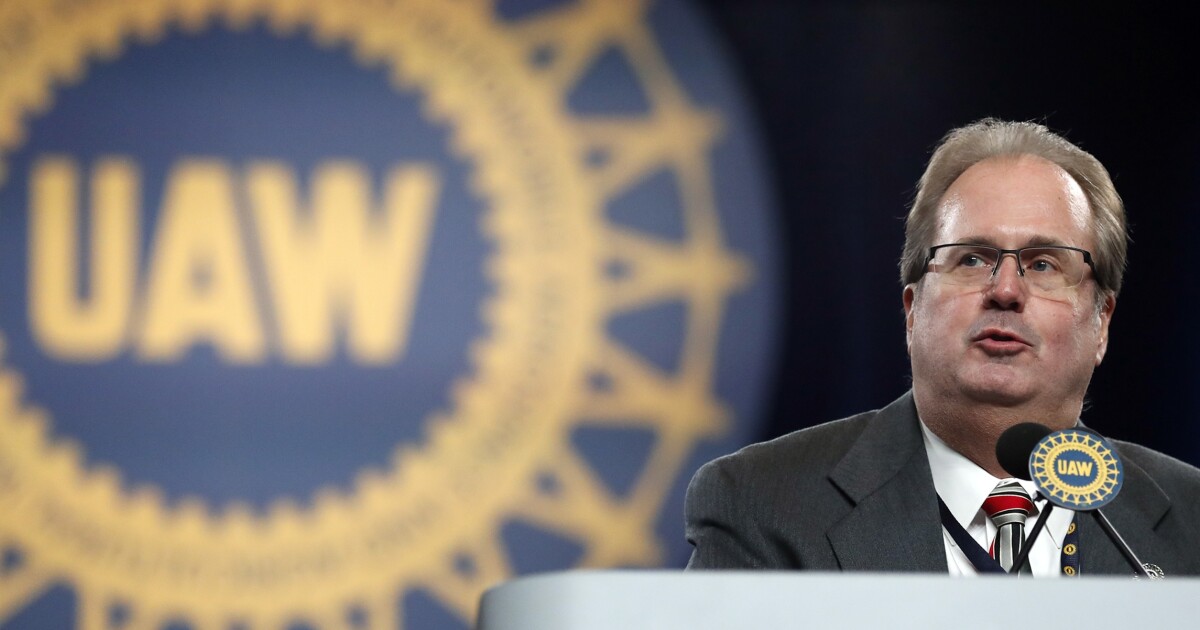 The life cycle of labor unions is predictable, the late economist Sylvester Petro once wrote. Because they are born not out of mutual exchange, but out of state-backed coercion, American unions inevitably face eventual demise triggered by their own corruption.

The aged United Auto Workers Union may be approaching that moment of extinction.

After a four-year federal investigation into UAW bribes, kickbacks, and crony labor negotiations, the government has secured prison sentences for eight people connected to the union, Fiat Chrysler, and Automobiles NV, according to the Detroit News .

The feds raided six locations, including the home of UAW President Gary Jones, and say they have records of blatant corruption, including "wads" of cash and files that confirm long-held suspensions that union leaders have spent workers' dues on vacations, private villas in Palm Springs, and other luxuries.

The FBI, the Internal Revenue Service, and the Labor Department are also investigating whether union leaders made money from tax-exempt nonprofit organizations connected to the UAW and kept cash from the union funds intended to pay for flowers for workers' funerals.

This means the nation's most iconic union may soon be officially branded a criminal conspiracy. A spectacular fall indeed.

RICO convictions could lead to a federal takeover of the UAW. The feds similarly took control of the Teamsters 30 years ago and just ended its oversight in 201

5. Teamsters, who had been dominated by the Mafia and other organized crime, were cleansed of its corrupt leadership and forced to adopt new election practices and fairer wages, among other things.

Federal oversight could be a good thing for the UAW. Its policies have hurt more than just blue-collar workers. They also helped destroy Detroit's economy.

It inflicted rigidities on smaller manufacturers, such as Packard, and depressed their profits, eventually forcing them to close their plants. Packard's once booming factory now stands empty and forlorn on Detroit's east side, with nothing to show for its innovation other than shattered glass and littered trash.

When GM and Chrysler failed in 2008, the UAW used its political connections to the Obama administration to tighten its already choking grip on the once-proud industry. When politicians claimed that they were rescuing workers and empowering them, it was false.

UAW Vice President Joe Ashton, for example, was accused of demanding more than $ 500,000 in kickbacks and bribes from auto executives and contractors to strike off strikes and other disruptive actions. UAW leaders cared little, if at all, about how these shakedowns would affect the workers they were supposed to represent.

The UAW's corruption should come as no surprise, for it is in the union's DNA. Labor law means unions gain their power through coercion and political power, rather than by offering value to workers and employers. Union leverage is thus the fruit of coercion and connections. Only natural that this is corrupting. "This power, like any other unlimited power, can only be abused, and it is abused," said Petro.

Michigan's "right to work" law has much of the burden of the UAW forced on workers' backs, but we clearly still have a long way to go. Detroit deserves better, and working men and women deserve better.

Labor laws need to be completely rewritten as reshape unions so they gain influence only by offering value to their members and their industries, instead of being the naked political creatures they are are today.