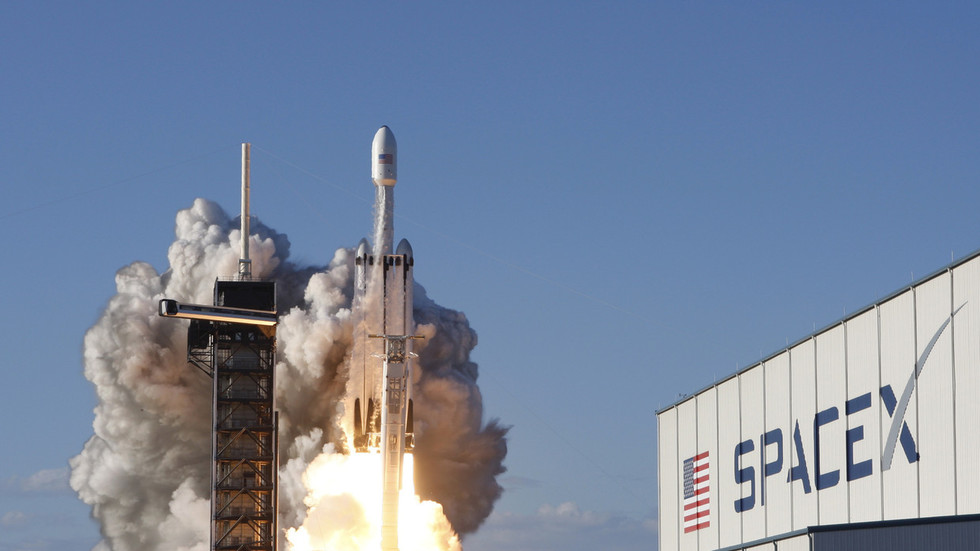 SpaceX is preparing to launch its third Falcon Heavy Rocket, this time loaded with 24 satellites, as well as more unusual cargo – none other than people's remains.

The "funeral flight" is scheduled for late on Monday, June 24, and will see containers packed with the cremated remains of 152 people sent to orbit

The 'cremains' are stocked on the Falcon Heavy by a company called Celestis Memorial Spaceflights. The company buys the available space on the spacecraft and packs it with tiny metal storage capsules filled with ashes of people's loved ones – all for the not-so-modest price of $ 5,000 per gram

The capsules will be on one of the satellites carried by the Falcon Heavy, which will float in orbit for as long as the satellite operates

Each capsule is etched with a tombstone-like inscription, including phrases like "Reach for the stars!" and "Space Truckin 'Forever."


The Falcon Heavy Flight is not the first time that human 'cremains' will be sent into space. Operating since 1994, Celestis has already flown its ash-filled capsules on 15 different racks: eight suborbital flights, six into orbit around Earth, and even one to the Moon. Among the company's most famous cremains were those of Star Trek actor James Doohan, who died in 2005. Apart from orbital flights, the company also facilitates voyages of ashes into deep space. However, the cost of these starts at $ 12,500 per gram

However, for the cremains to enter orbit, the rocket company first has to deal with what Elon Musk, the SpaceX founder, has called difficult launch ever. " This may be due to the specificities of the satellites that Falcon Heavy will carry, as well as their loads. One of them, for example, is NASA's Deep Space Atomic Clock, aimed at changing space navigation techniques

Also on rt.com
Stardust: British company will scatter your ashes in outer space