General election 2019: Brexit Party will not stand in Tory seats 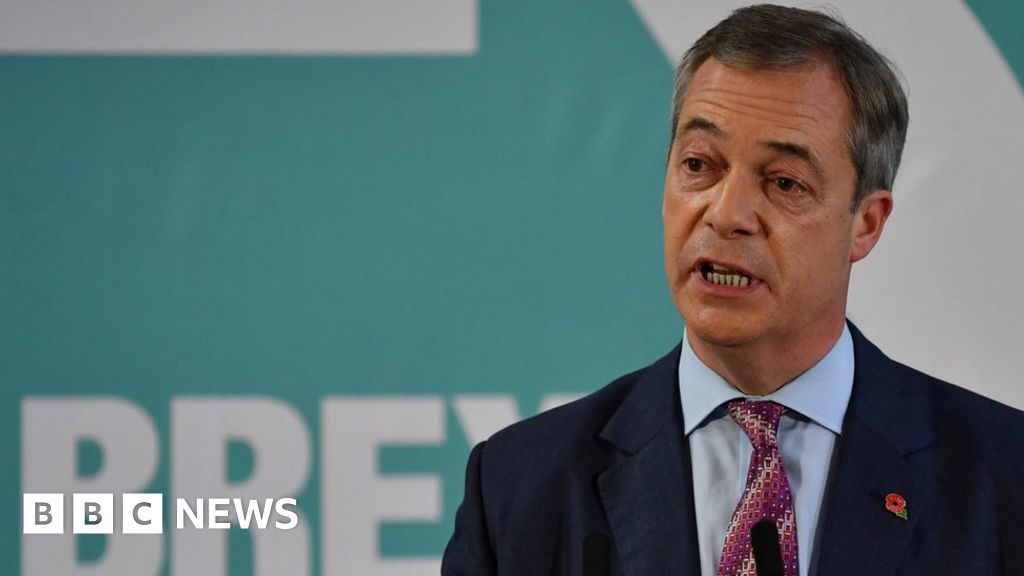 The Brexit Party has announced that it will not stand candidates in the 317 seats won by the Conservatives at the 2017 General Election.

Party leader Nigel Farage said standing candidates across the country could increase the chances of another EU referendum taking place.

But he said the party would stand against all other parties ̵

1; and focus on taking seats off Labor.

He had previously pledged to field more than 600 election candidates.

He said Prime Minister Boris Johnson's commitment to strike a trade deal with the EU without "regulatory alignment" was a "huge change" in the Conservatives' approach to Brexit.

He added there was still a "danger" that the party could split the vote in Tory target seats, leading to the election of MPs who could "frustrate the Brexit process ".

Labor Party chairman Ian Lavery said the move would create a "Nigel Farage and Boris Johnson alliance with Donald Trump to sell out our country."

"We urge voters to reject this Thatcherite 1980s tribute act, which would lead to more savage Tory attacks on working class communities. Our NHS is not for sale. "