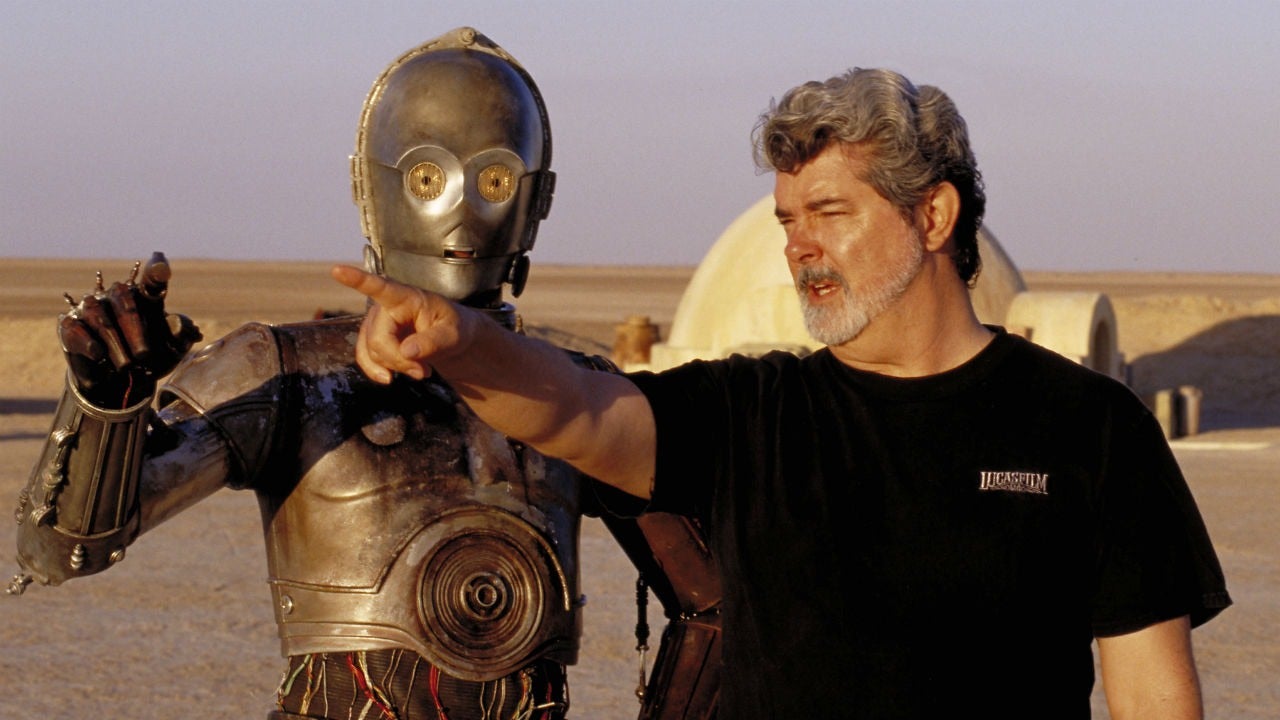 For a long time in the Winter Light far, far.

George Lucas, the legendary director and creator of "Star Wars" and "Indiana Jones," helped the premiere of Season 8 of the HBO throne game.

through an HBO behind-the-scenes video that looked at creating the first episode of Game of Thrones last season.

"When we realized that George Lucas wanted to visit, we thought it might be a practical joke," said co-author David Benioff, "We were so excited and nervous because it was George Lucas." shows Lucas to go on a set, talk to actors and crew, and even stand with episode director David Netter who could not believe it was happening and said:

Lucas is also shown with Emily Clark and Kit Harrington after filming on a scene that takes place in Winterfeld.

While there was a brief glance, it was cool to see the crossing of two of the world's largest franchises, although it was hardly the first crossover, like Emily Clark and Gwendolin Christie. (1

Until we know if this is Lucas' s only visit to the movie we know the second episode of the eighth season of Game of Thrones broadcast this Sunday and HBO recently revealed some pictures of the upcoming episode. a guide on how and where to target the Game of Thrones, and find out how you can join the Season 8 Watching Game.

Do you have any advice for us? Do you want to discuss a possible story? Please send an email to newstips@ign.com. Adam Bankhurst is a news writer for IGN who loves it and hopes that this is not the last time we see Lucas in the throne game. , You can follow it on Twitter @AdamBankhurst.