Germany warns it will stop extradition of its citizens to UK after Brexit: FT 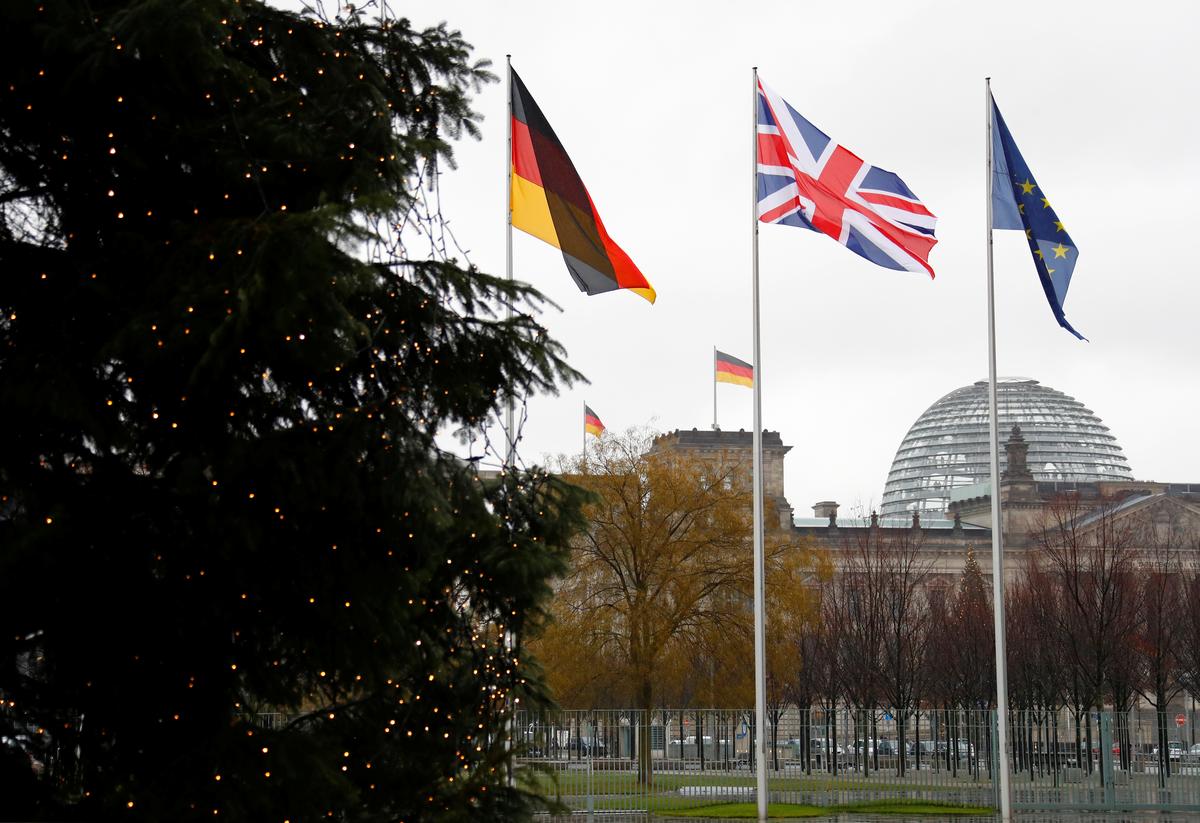 1, 2018. PHOTO: German, British and EU flags flutter in front of the Reichstag building in Berlin, Brexit even if it leaves the European Union with a deal, the Financial Times reported on.ft.com/2DPMBED on Sunday, citing a formal notification submitted by Germany to the European Commission last week.

The notification cites concerns faced by Britain and the EU in maintaining their security cooperation at the current level after Brexit, according to the report.

Britain is due to leave the EU on March 29.

Reporting by Kanishka Singh in Bengaluru; Editing by Hugh Lawson