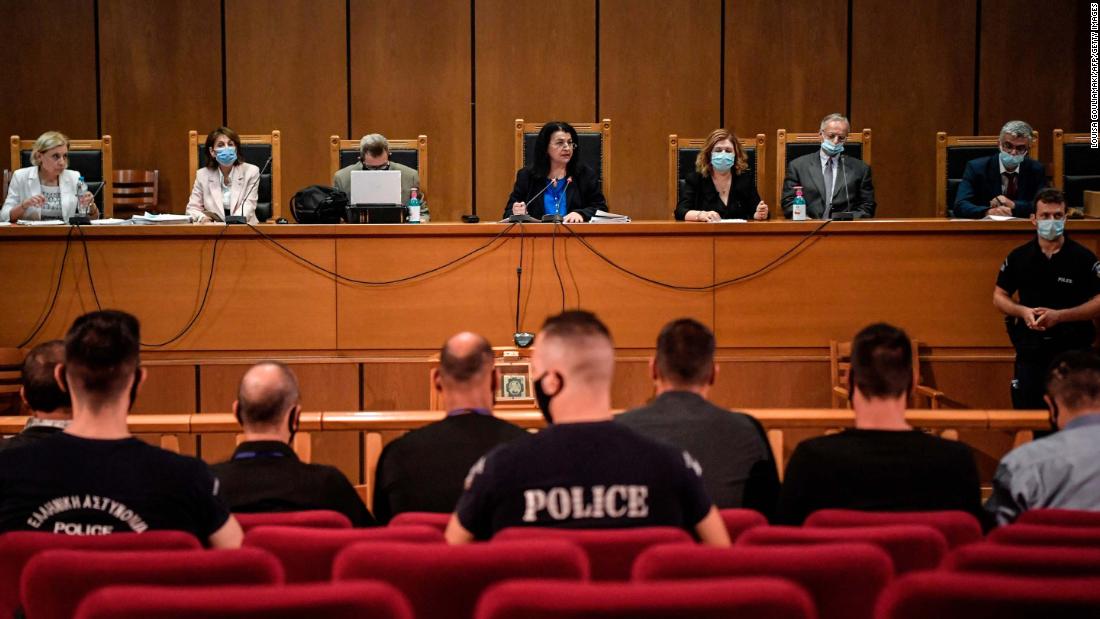 Golden Dawn entered parliament for the first time in 2012 at the height of the crisis on a fierce anti-immigrant platform, fueling the anger of Greeks over painful austerity measures and what many saw as a corrupt and cozy political establishment.

Other former lawmakers were sentenced to 5-7 years in prison for membership in a criminal group. Later this week, the court will decide whether any of the sentences can be postponed.

Senior Golden Dawn figures were arrested in 2013 after the assassination of anti-fascist rapper Pavlos Fisas by a party supporter sparked huge protests in Greece and led to government repression against the party. Police found unlicensed weapons and Nazi flags in the homes of party members.

On Wednesday, a court also sentenced Golden Dawn member George Rupakias to life in prison and 1

0 years in prison for the murder of Fisas.