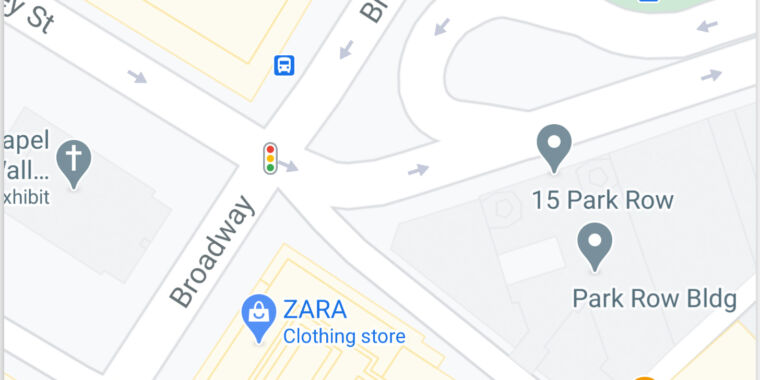 It looks like Google Maps is getting a new road feature: traffic lights. Google has been experimenting with traffic light markings for several months, but today, as first noticed by Android Police, the feature is becoming more widespread.

Google Maps traffic light support is just a small, static marker in the middle of an intersection indicating that there is a traffic light. You need to zoom in really nearby to see the traffic lights, but if we get close enough we will see them on Android, iOS and Web. As always, the features of the map will depend on Google̵

7;s dataset, and we currently only see those in the United States. They are displayed when you browse the map or navigate.

So far, Google does not appear to have used traffic lights other than showing them on a map. It would be great if the navigation could call “turn left at the next light” for verbal instructions, but this is not yet happening. State-of-the-art traffic light navigation can be found at some Audis, which can use a subscription service to retrieve live traffic light countdown data and tell you how fast to go to make the next light.

Like many Google Maps features, traffic light data is activated through Google’s servers, so there is no specific version of Google Maps that we can point to. If you don’t have one yet, just keep waiting.