Google thinks of a clock with a hole punch camera 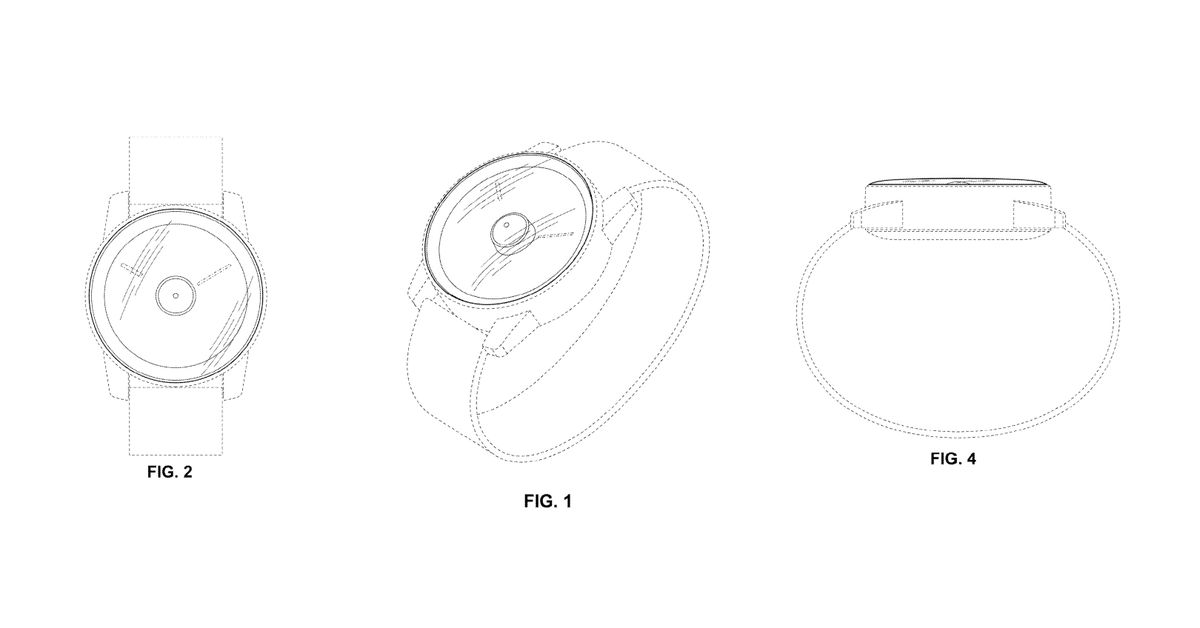 A recently discovered patent suggests that Google at one point experimented with the idea of ​​slamming the camera in the middle of the smart watch face. LetsGoDigital notices the patent, which was filed back in July 2017, earlier this week. The patent is entitled "Camera Watch" and contains seven diagrams of the unreleased design.

There was a time when cameras were a much more regular feature in smart watches. Samsung, for example, included a camera on both the Galaxy Gear and the Gear 2 in 2013 and 2014. However, in recent years, Samsung has become less common. Apple has never included a camera in the Apple Watch (though the patent suggests it was ever considering plugging into the watch bar), and the cameras are missing from other recent smart watches by Samsung, Fossil and Garmin.

It is not difficult to find out why cameras have not found a permanent home in smart watches. There is very little space for a decent sensor and it can be difficult to get a good frame of them. And then there is the cleaning factor. Look how ridiculous I looked when I tried to use the Nubia Alpha smart watch to take a picture of our video maker.

Suffice it to say that any such smartwatch camera is probably much more suited to making selfies or video calls.

It's a pretty neat little design and now that we see so many phones using small cutout holes for their selfie cameras (most recently the Samsung Galaxy Note 10), I'm tempted to think that a design like this can actually work in future smart watch. Whether Google really does it, however, is another matter.

There were rumors that the company planned to release Pixel Watch last year, but later Google admitted that it was not ready to produce its own watch. However, now that Google has acquired some of Fossil's smartwatch technology, it may be time for the company to take a second look at creating its own wearable.