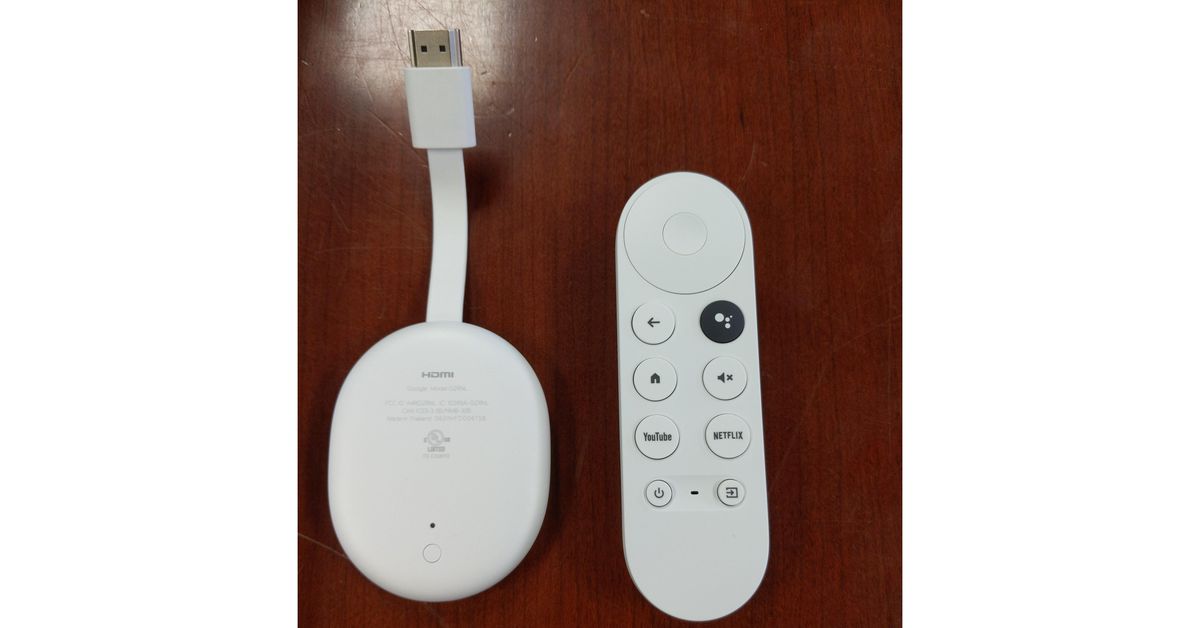 Google’s new Chromecast device has once again expired, giving us a detailed look at the TV key’s hardware and user interface. The leak came after Redditor u / fuzztub07 managed to buy the unannounced “Chromecast with Google TV” key early from local Walmart. Since then, they have published a series of photos of the included hardware and its manual, as well as a video of its user interface.

We already had a pretty good idea of ​​what to expect from the device thanks to a series of leaks that have occurred throughout this year. It is basically a streaming device on Android TV (now redesigned on Google TV), which you can control with the remote on, but also supports Chromecast streaming from compatible applications. The new photos and videos, combined with the fact that u / fuzztub07 actively answers dozens of questions about the device, provide many details about its functionality.

Here are the photos taken by u / fuzztub07, which show the hardware from every angle and include some photos from its manual. They show you exactly how a Chromecast works with a Google TV remote and show what̵

7;s in the box. The device itself is powered by USB-C, while the remote consumes two AAA batteries.

Redditor also posted a video of Chromecast browsing the Google TV interface, giving us an idea of ​​how its content is organized and what apps it should support. The listed applications include video services such as Netflix, YouTube, Amazon Prime Video, Disney Plus, YouTube TV, Sling, Hulu, Peacock and HBO Max, as well as music services such as Spotify.

The interface also lists several categories of games, including games that can be played with a remote control and other games that support a gamepad. Google’s gaming streaming service, Stadia, is not supported.

Finally, u / fuzztub07 also answers many questions about the device, which we’ve summarized below:

The Google TV Chromecast is expected to be unveiled next week on September 30th. Given that Walmart already has it in stock for sale, its official launch cannot be far off.