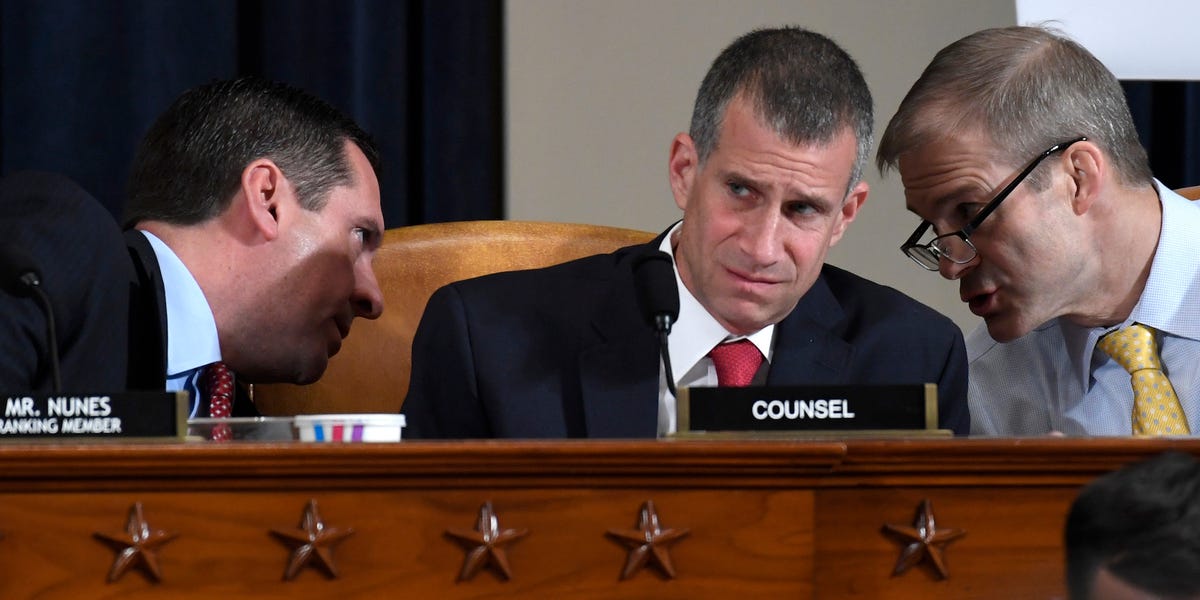 A Republican attorney for the House Committee on Oversight and Reform Committee supporters was joking about his confusing line of questioning during Wednesday's hearing on President Donald Trump's impeachment investigation.

Steve Castor questioned Bill Taylor, a top US diplomat in Ukraine, and George Kent, Deputy Assistant Secretary of State, on behalf of the GOP as part of the hearing. But many people didn't understand his game plan.

People on social media have noticed the bewildering nature of Castor's interrogation, saying it is unclear what he is ultimately trying to do.

They said that while Castor was questioning Taylor, he pointed out conspiracy theories trying to get Taylor to say that Trump thinks the Ukrainians "went out to take him" ] before the 2016 election, and " got lost in question ] he doesn't know the answer. "