Governor Cuomo and Sandra Lee Have Split Up 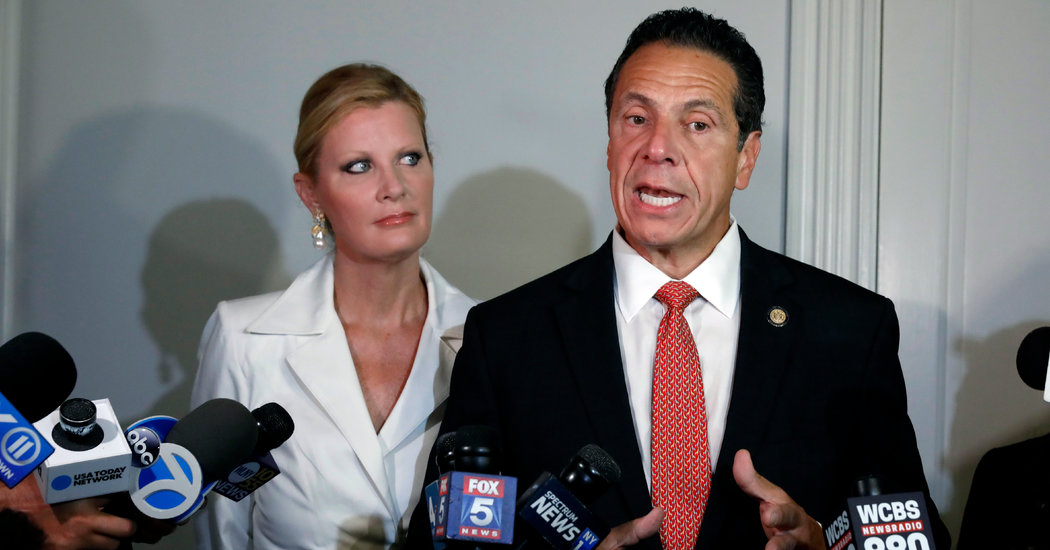 ALBANY – After More Than A Decade Together, Gov. Andrew M. Cuomo and his longtime girlfriend, Sandra Lee, announced on Wednesday that they are ending their relationship.

The two confirmed the split in a statement.

"Over the recent past, we have realized that our lives have gone in different directions and our romantic relationship has turned into deep friendship," Mr. Cuomo and Ms. Lee, a Food Network personality and author, said.

Mr. Cuomo, 61, a third-term Democrat, has been living in Albany in recent months as rumors of their breakup swirled, after a couple of times a house they shared in Westchester County on the market in May.

Ms. Lee, 53, who served as New York's de facto first lady, held a low profile during most of Mr. Cuomo's first two terms in office, but emerged as an outspoken advocate for cancer screening after undergoing treatment for the disease.

A person with knowledge of the couple's relationship said that Ms. Lee's more public profile – and recent embrace of a more political role in her personal life – had caused friction with the governor. In recent months, Ms. Lee also spent a lot of time in Los Angeles, where she started her first successful business venture in the 1990s, caring for her ailing aunt and uncle.

The breakup occurred during the governor's third term , after much of the team that had ushered Mr. Cuomo – and Ms. Lee – into Albany's Executive Mansion in 2010 is no longer on his staff.

The couple was rarely seen together during Mr. Cuomo's successful re-election campaign in 2018. Lee was not in attendance when he accepted the Democratic Party nod in May of that year; instead, she sent a video tribute.

Ms. Lee and Mr. Cuomo had been together since meeting at a party in 2005, the same year as her four-year marriage to Bruce Karatz, the former chief executive of KB Home, ended in divorce. Mr. Cuomo was coming off his failed marriage to Kerry Kennedy, the daughter of Robert F. Kennedy, who formally ended around the same time.

Ms. Lee, who rose to fame as a “semi-homemade” chef and home decorating specialist, became close with Mr. Cuomo's three daughters from his marriage to Ms. Kennedy, and the couple expressed as much in their statement.

“We will always be family and fully supportive of each other and dedicated to the girls,” they said. “Our personal lives remain personal and there will be no further comment.”

In statements released on Wednesday, members of Mr. Cuomo's family seemed saddened by the couple's breakup.

“Sandy has always been a loving and generous presence in the lives of my three nieces, and our entire family. We all love her dearly, ”Margaret Cuomo, the governor's sister, said. "She will remain a sister and extraordinary friend to me, and a cherished aunt to my daughters."

Mr. Cuomo, known as a hard-working chief executive, continued to work even after news broke of the split, putting out a statement on a banking act passed by the House of Representatives about an hour after acknowledging the breakup .

What to know about Jamie Spears, the father of Britney Spears, who star pulled out during testimony