Greenland is in the heat of the heatwave. Here's what it means for all of us 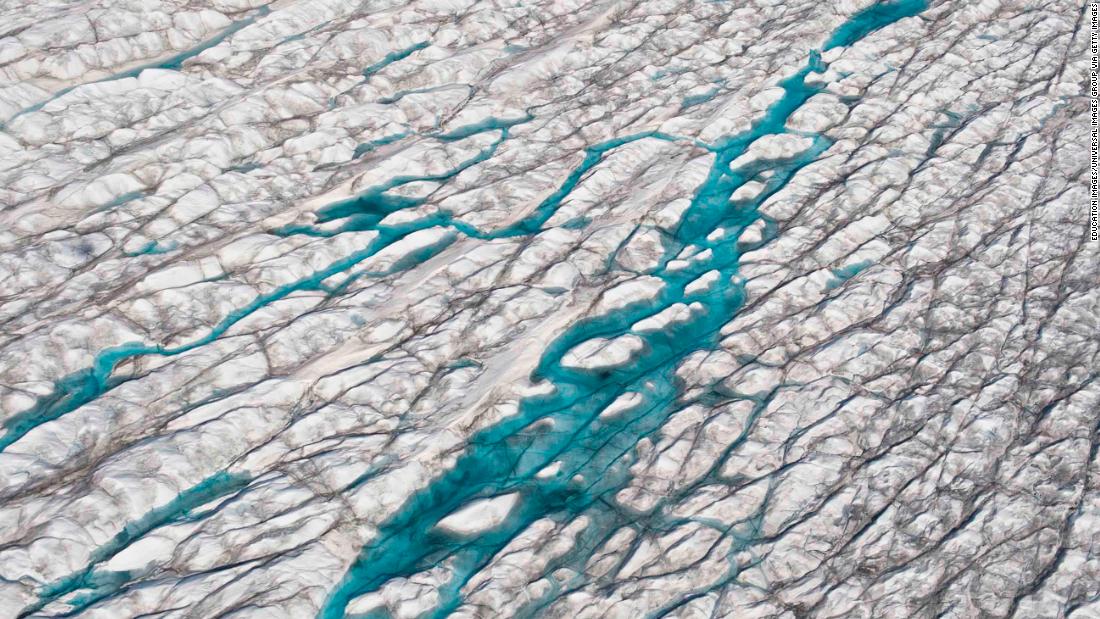 Greenland's problem right now, right? Not quite. When records fall in Greenland, it's everyone's problem.

Greenland is home to the world's second-largest ice sheet. And when it melts significantly – as it is expected to this year – there are knock-on effects for sea levels and weather across the globe.

Greenland's ice sheet usually melts during the summer. This year, it started melting earlier, in May, and this week's heatwave is expected to accelerate the melt.

The country's mammoth ice sheet rises 3,000 meters above sea level. Forecasters predict that its summit will be particularly warm this week, at just below zero degrees.

"It's a very warm temperature for that altitude," said Ruth Mottram, climate scientist at the Danish Meteorological Institute.

Now 2019 could come close to the record-setting year of 2012, said Jason Box, professor and ice climatologist at the Geological Survey of Denmark and Greenland. During that "melty year," he said, Greenland's ice sheet lost 450 million metric tons – the equivalent of more than 14,000 tons of ice lost per second.

What happens in Greenland will be felt across the world.

Box said this year's melt is flooding the North Atlantic with freshwater, which could affect weather in northwestern Europe. The result could be stronger storms, he added, citing flooding in the UK in 2015 and 2016.

"Whatever happens in Greenland radiates its impact down," he said.

During a year like 2012 or 2019, water produced by Greenland's Ice sheet adds more than one millimeter to global sea levels, according to Box. But countries in the tropics could see a rise of two millimeters or more, he said.

Extreme is the new norm

It will still be some time before the full "meltiness" of 2019 is measured. But it's already poised to rival the proportions of 2012 – and we haven't even reached the end of summer.

One of the most remarkable things about the 2019 heatwave is not just the number of records it broke across Europe – but the margin by which it did so, she said.

"Normally when you get a temperature record broken, it's by a fraction of a degree," Nullis said. "What we saw yesterday was records being broken by two, three, four degrees – it was absolutely incredible."

And it's not just the heat that's breaking records. Last year, Greenland experienced it's the coldest year in decades, Box said.

According to Nullis, intense heatwaves such as the one bringing up temperatures in Greenland "carry the signature of man-made climate change." [19659023] This is a view shared by a group of European scientists, including scholars at the University of Oxford, who earlier this month concluded in an analysis published in the World Weather Attribution that recent French heatwaves have been made five times more likely because of climate change.

The researchers also said that the world is "very likely" to see more extreme heatwaves in the future due to climate change.