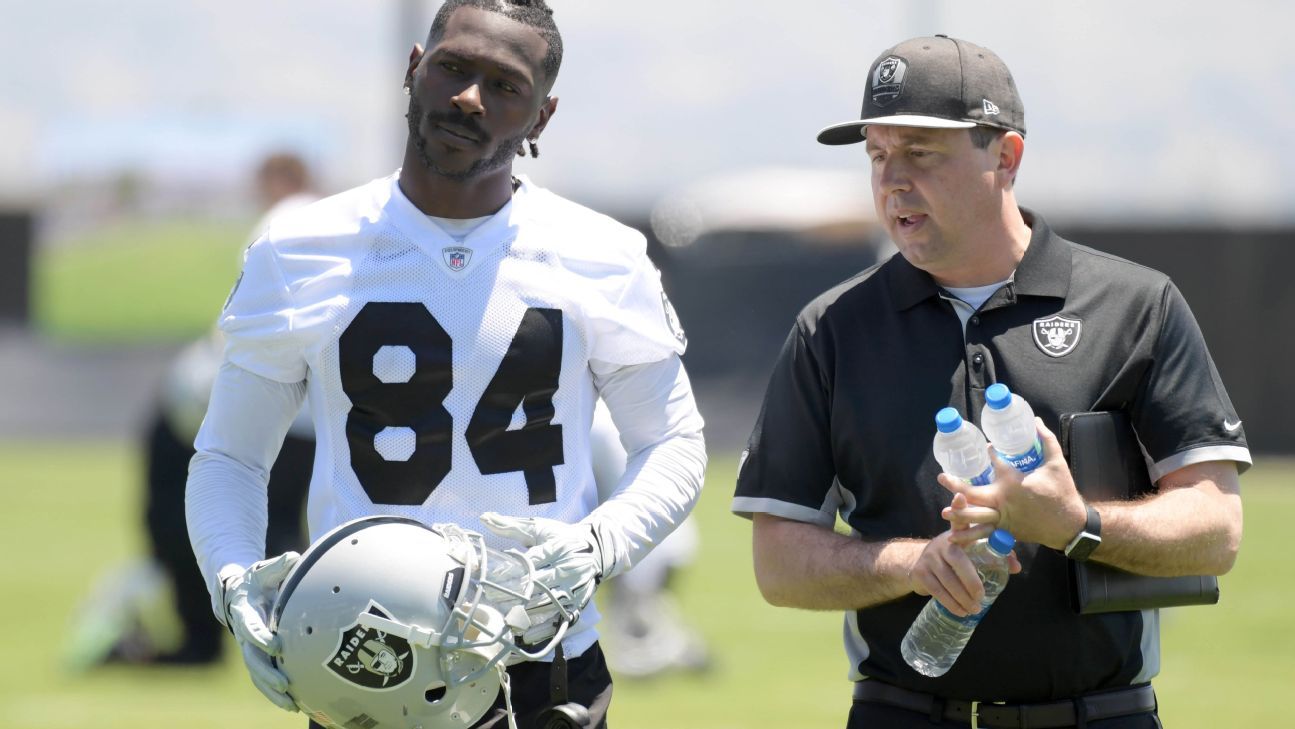 "He's comprehensive and ready to go," Gruden said. "That's my understanding. I'm really glad to have him here. He's a great player."

Earlier in the media preview window, Brown participated in a preliminary walk before retiring to the weight room, switching to running shoes and then returning for the end of the team stretching period. At that point, he never had a helmet in his possession.

Brown leaves the team twice at a training camp in Napa, California – for the first time in two weeks to seek treatment for his frozen legs;

This triggered an all-in or all-out ultimatum from general manager Mike Mayock on Sunday.

The team broke down

The Raiders played the Green Bay Packers in the finals of their exhibition in Winnipeg, Manitoba, Canada.

Gruden had earlier stated that he expected to take it all the way, but he doubted the appetizers would play.

Brown, meanwhile, turned to the microscope in which he was in a teaser for the next episode of HBO's Hard Shock Tuesday night.

"Feet feel much better," Brown said in the video. "I have brand new skin. I realized everything was trimmed. It was a trip, man, but I feel much better. I work with the NFL, get the right equipment, work hard on the side. I go, taking care of my feet. So, I mean, I want to give it to my teammates, so hopefully we'll get out there and get to work soon.