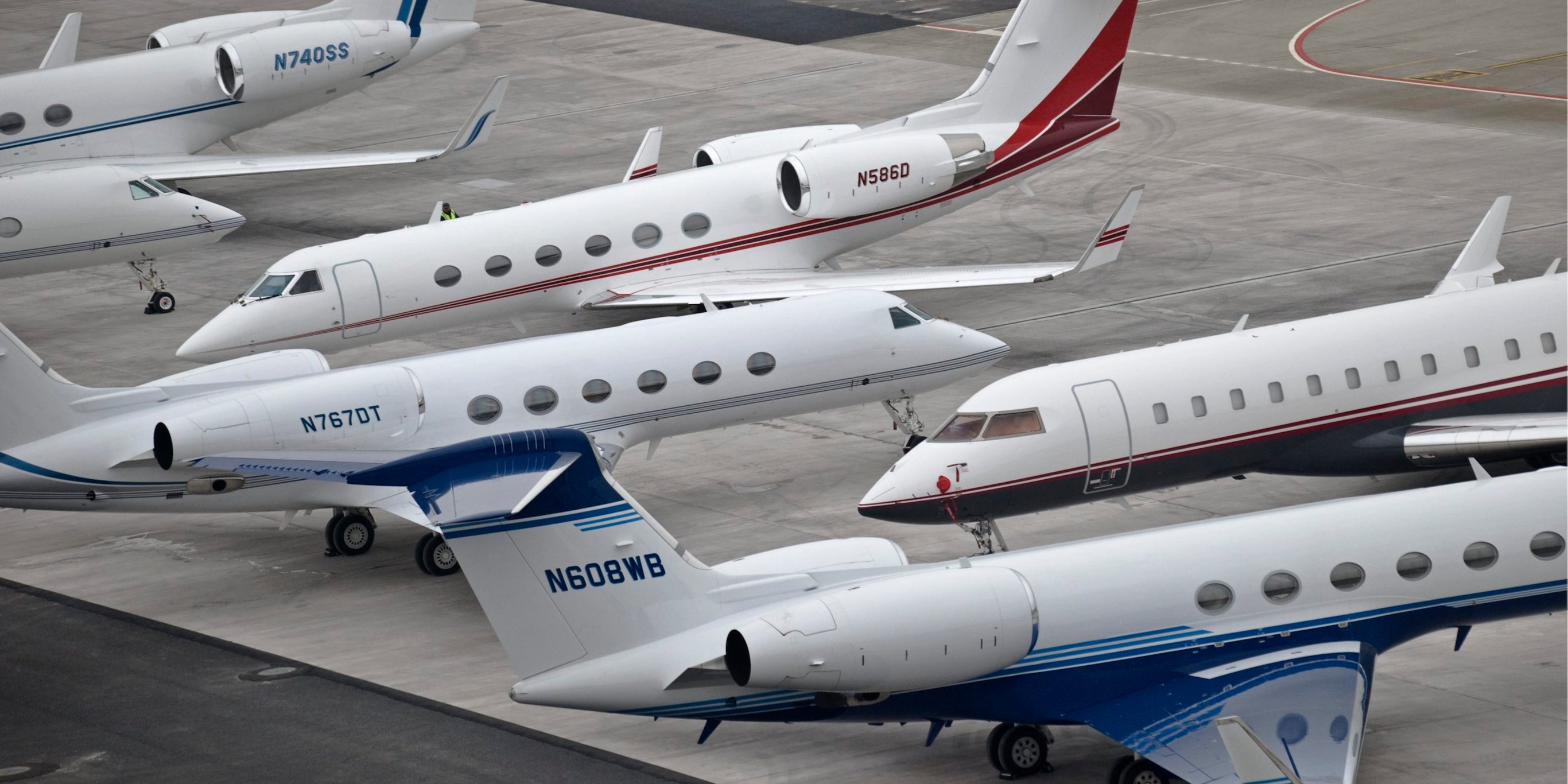 The World Economic Forum 2019 kicked off this week in Davos, Switzerland. As world businessmen and political leaders descend into the alpine city, their armada of private planes fills the asphalt at nearby airports.

"The global interest in the event has led us to analyze the operation of private aircraft over the past five years of the WEF," Andy Christie, of the private aircraft at ACS, said in a statement. "Davos does not have its own airport, and while we have a couple of customers flying in the city by helicopter, the four major airports that use the private planes that use the forum are Zurich, Dübendorf, St. Gallen-Altenrain and St. Moritz."

Read more : The next Airbus CEO explains the main obstacle on the road to electric jets .

Oliver Kahn, Head of Strategic Communications at WEF, pushed off the ACS forecasts. Instead, Cann argues in a post on the organization's website that he expects private traffic to decline by 1

While ACS data uses data from four airports, the WEF forecast is based only on traffic data from Zurich and St. Gallen-Altenrain Airports. According to Christie, the most popular planes are Gulfstream GV and Bombardier Global Express. These are large, over-indebted private planes that usually cost more than $ 60 million per airplane. With the ability to make discrete high-speed trans-European flights, these aircraft are common among business leaders: