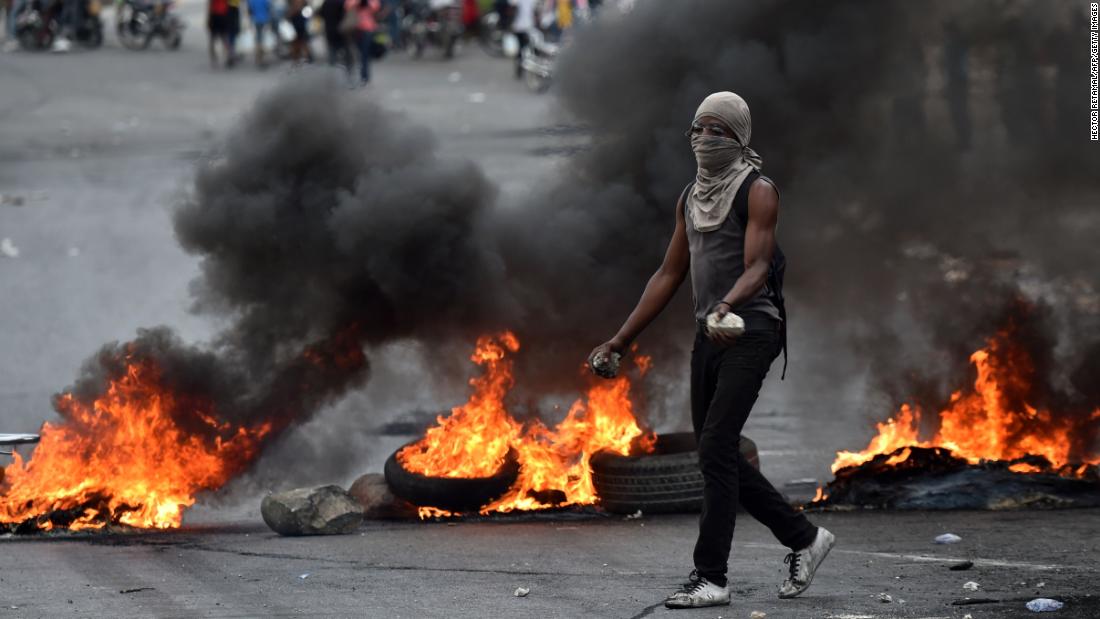 A solitary oxygen cylinder is the only object that separates the modern scene from the medieval.

There are three ICU patients in the State University Hospital of Haiti, which occupies two blocks of the capital's downtown area. The rest died or left.

"The majority of patients have fled since the troubles began (when Haiti was hit by widespread rioting.) We do not have any records anymore, really. it has hardly any patients, "said junior doctor Wislet Andre – one of only two still working in the facility

He specializes in emergency medicine, but the emergency room was deserted

Violent protests and unrest have gripped Haiti since February 7, with demonstrators calling for President Jovenel Moses to resign over soaring inflation and corruption allegations. Protesters have clashed with police on the streets, cars have been set ablaze and several people have been killed.

Many more were injured. Reliable official figures do not exist because "many people have been hurt but are lying in their homes because they can not get to the hospital for treatment," says Dr.

Nine days after the riots began a relatively calm return. Many streets were strewn with cobblestones, thrown by demonstrators demanding Moise stand down.

Hundreds gathered to stock up on gas, cooking gas and water, which locals say is getting scarce. 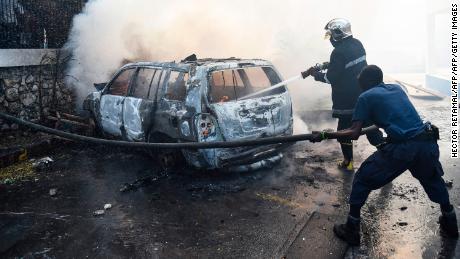 "The hospital has been besieged for nearly 10 days, we can not get doctors through the demonstrators and we can not get the medicines in, even if we had them But to be honest this is normal for this hospital – we do not have any drugs

"So this is normal," said Dr. Andre. "Except that usually there are patients everywhere."

Over the last two years, the doctor says, patients have had to buy their own medications, dressings

Now many rooms are completely empty.

Patients have no where else to go

In the ICU, and 46-year-old identified o nly and Robenson lies inert. His legs are swollen so badly his skin has cracked. He says he's been here since December – he's one of only three patients in an eight-bed room.

"There is nowhere else to go," he says. 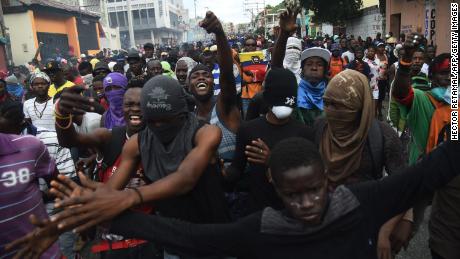 Close in another room Claudette, who said she did not know her age, but she appeared to be at least 70, sat propped up in a bed

Dr. Andrew explained that like an unwanted child, Claudette was left in the hospital by a family that could not care for her

"They said they'd be back for her – but I do not think they will come, "he sighs.

Chickens wander the grounds outside that serve as a graveyard for abandoned, broken vehicles.

More protests have been called for this week by a wide range of opposition groups.

More than 100 Canadian tourists were evacuated by plane during apparent lull in violence, but many other groups of expatriate aid workers remain cut off as Haiti braces for another bout of chaos and bloodletting

Referring to the government's own report on how revenues from Venezuelan subsidized oil were siphoned off, he said: "Corruption is one of the largest for blems.

"I promised to find where the Petrocaribe money went."

How did the Petrocaribe money go? the Haitians will accept the violence and extent of the protests promised for the coming days.

It may mean that patients can return to the hospital, but they will not solve the drug and equipment shortages