Harvey Weinstein: A comedian, an audience member, uses her kit to confront him. They were asked to leave 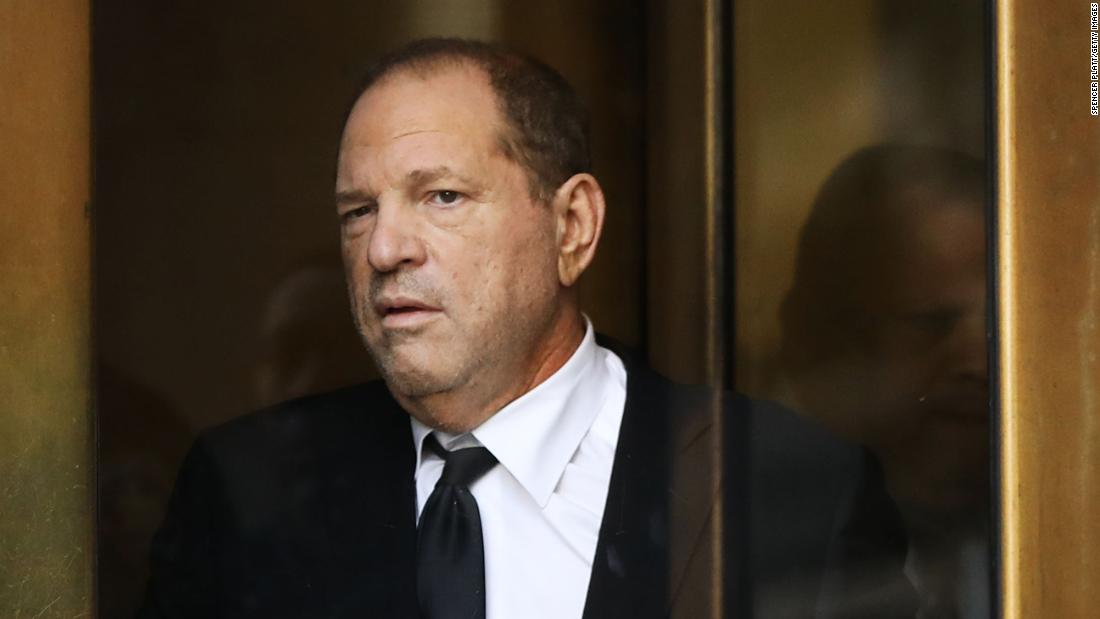 Kelly Bachman was one of several performers at a Manhattan bar on vacation in a variety show sponsored by "The Actor Hour on Wednesday Night," where, she told CNN, she spotted a former Hollywood producer. She uses her time on stage to call Weinstein "Freddie Krueger" and to call charges of rape against him.

Weinstein is currently facing criminal charges of predatory sexual assault, criminal mischief, first-degree rape and third-degree rape, to which he pleaded guilty. He maintains that all sexual encounters in which he participated were consensual.

The process is expected to start in January.

An audience joined the confrontation, demanding that Weinstein be asked to leave. Instead, an audience member was asked to leave the bar, and Bachman left with her, the comedian said.

"Harvey Weinstein was out with friends, enjoying the music and trying to find solace in his upside-down life. This scene was not summoned, downright rude and an example of how we get to today due process public, trying to take it to the courtroom as well, "said a Weinstein spokesman.

"The Elephant in the Room"

Bachman said she did a triple take when she entered the establishment. Weinstein was sitting with friends at a reserved table and the atmosphere seemed friendly, she said.

With none of the performers, before commenting on his presence, Bachman said she decided to spend some of her time in the set to say something.

"I'm a comedian and it's my job to name the elephant in the room. Does anyone know what this is? "Bachman said in a video of the show, adding that Freddie Krueger is in the room.

" I was raped, surprisingly by no one in this room, but I never came across these guys, "she said." just for you.

Some women's voice could be applauded, at other points there was a boom. Bachman said she did not record the answers on stage because she was in such a state of trauma from her own experiences ̵

She returned to her set, she said, and they both heard each other. They seemed to say she didn't say enough and decided not to let the Weinstein theme take up more of her time.

"I just fought like 'you didn't do enough, you didn't say enough,'" she told CNN. "I had the same feelings every time I was sexually abused."

"Nobody will say anything?"

During the interview, a member of the audience asked Weinstein to be asked to leave, Bachman said.

"No one will say anything?" Zoe Stuckless called out in a video posted on Facebook.

Stuckless was asked to leave in the video. Bachman said Weinstein was allowed to stay and the cashless introduction felt like a Twilight Zone.

"I really felt like she was the bravest person in the room," Bachman said.

Bachman joined the Immortal and was also asked to leave. Bachman said he wanted to go; she was already looking for an excuse to leave, but the only way out was through a door that Weinstein had sat nearby. Relentlessly, Bachman and her friend left the place together.

Weinstein's spokesman stated that none of his group had asked the women to leave instead of staffing the place.

CNN contacted the lounge bar but no one answered the phone.

"Please know that our goal at Downtime is to create an environment where everyone is welcome. We respect the privacy of our patrons and event partners and want to ensure that all guests are treated equally, with the same service and respect, "the statement said. "In keeping with this goal, we have made a decision that will allow the evening to go ahead as planned."

Bachman said she received a mix of replies, from cheers to pushes to critics, that her comments were more embarrassing than funny. [19659003] "No one has the responsibility to be funny at this point," she said. "It was the right thing to do to make the moment uncomfortable."

But despite the initial blow, Bachman said by morning that he was beginning to receive a wave of love and support.

CNN's Nicole Chavez and Elizabeth Joseph contributed to this report.