Here is Microsoft’s flight simulator in World of Warcraft 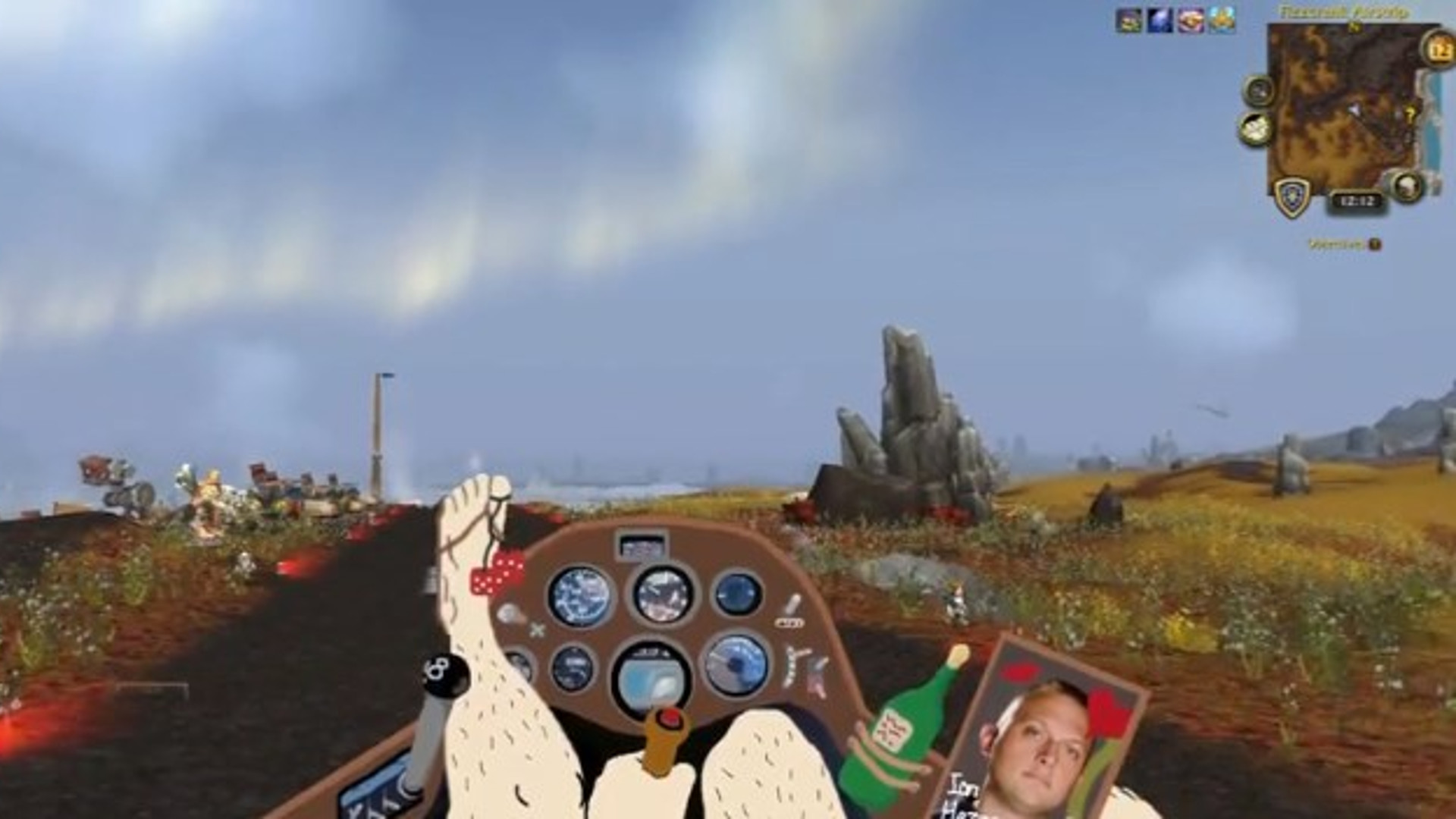 If you have World of Warcraft and wanted to check out Microsoft Flight Simulator, but can’t, there’s a way to bring the aerial experience to the MMORPG game.

A Reddit user named Fumbleturkey, using the WeakAuras UI editing module, designed the Warcraft Flight Simulator. You have your own cockpit, full of dials and readings, a first-person view and a bit of decoration that demonstrates the power of personalization. Fumbleturkey’s flight begins on the runway and begins to make a detour before landing in a structure to deal with some enemies, after which they switch to a horse and gallop back to ground level. Sometimes you need a plane, sometimes a horse.

The aesthetics are crazy, far from the sleek realism of Flight Simulator, but that̵

7;s part of the charm. It’s just a meme indeed, but it shows the potential of using WeakAuras to bend World of Warcraft for experiences it’s not necessarily intended for. Earlier, Fumbleturkey demonstrated a first-person battle with the tool and it worked extremely well, so a lot of potential remains untapped.

One commenter points out that this is the kind of left content that appears as a new WoW extension approaches, and it certainly happens as the release date of World of Warcraft: Shadowlands approaches. The extension has a long list of changes, so we made a list of the best things to do in WoW before Shadowlands happened.

You can watch the Fumbleturkey test flight here:

If you want to help Shadlowlands, be sure to note the system requirements of World of Warcraft: Shadowlands.