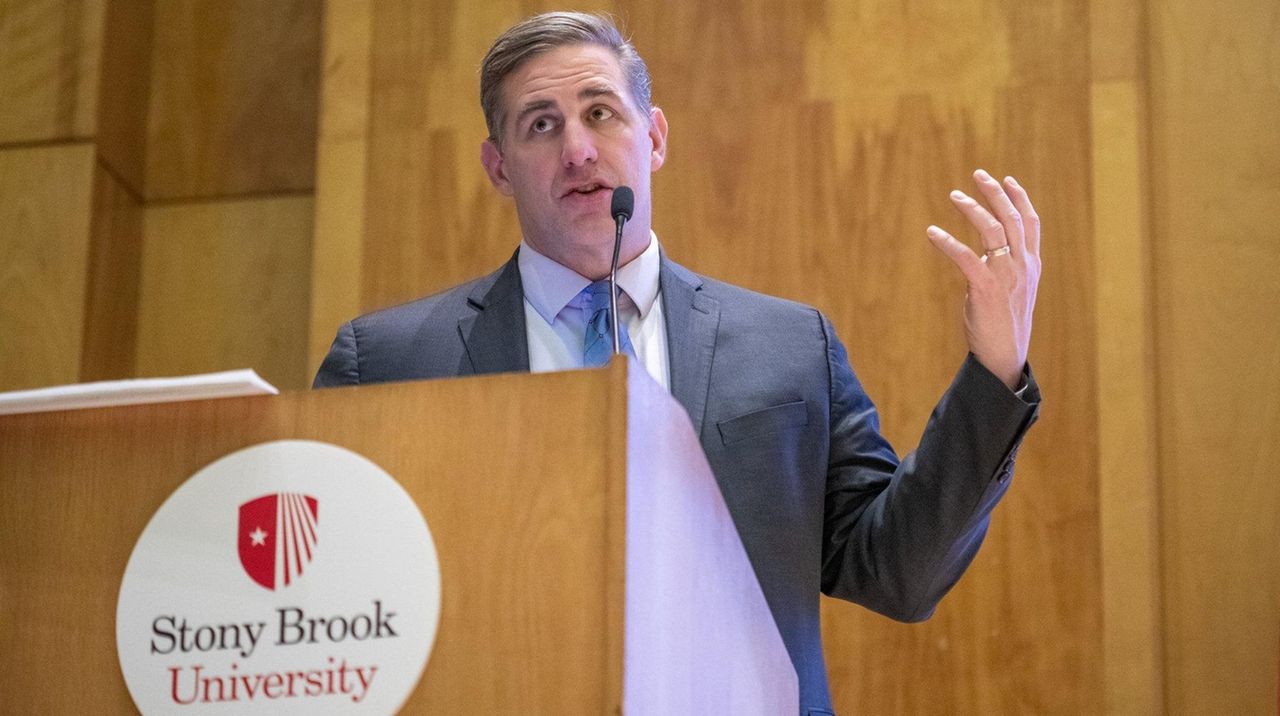 Several residents who attended the State Department of Health meeting Tuesday night called for additional studies on why three central communities in Sufflock County have a high cancer rate, saying the state did not investigate the possible causes sufficiently. Brad Hutton told two dozen people at Stony Brook University that researchers found no evidence that environmental factors such as air or water pollution were responsible for particularly high rates of lung cancer, bladder and thyroid and leukemia in Centereach, Farmingville and Selden.

"So there is no plan to collect new data or look deeper into these communities?" Asked Maureen Murphy, Executive Program Manager for Farmingdale-based Environmental Programs.

Murphy urged the state to measure air quality in the three communities and not in the vicinity, and examine the water data in more detail. After the meeting, she said that "the community came out with answers and were instead blamed."

After the meeting, Hutton said that of the four cancers, air pollution is the most closely linked to lung cancer. But with Holtsville air tests and higher rates of smoking in the three communities, there is no evidence that air quality is a contributing factor to higher than average lung cancer rates, he said.

Alena Berenblatt attended the meeting because she grew up in Medford, across the street from Farmingville, and she was diagnosed with leukemia at 19, in 1983, and her brother was diagnosed with osteogenic sarcoma at 12- years old. Both survived, but wondered if there was anything in the area that caused their cancers. She said she left the meeting "with more questions than answers."

"It was a limited study," she said. "I have never seen them look for survivors 40 years later."

Berenblatt said that the state should interview people like her and her brother.

Murphy said many of the homes in the three communities were built on previously farmed land, but the state has not investigated pesticide use in agriculture since years past.

Hutton acknowledged that during his presentation, the problem with tracking the causes of cancer is that cancer takes five to 40 years after exposure to a contaminant. He said after the meeting that state researchers used data far back as they were familiar with to look at possible environmental causes in the past, but "we have no way of reconstructing environmental data from earlier decades."

The state compares cancer incidence in Centereach, Farmingville and Selden between 2011 and 2015 with other parts of the state outside New York. The researchers found that the three communities – totaling 65,000 – had a rate of leukemia with 51% higher than elsewhere in the country, thyroid cancer with 46% higher, and lung cancer 40% higher. high and bladder cancer rates 30% higher.

One counterintuitive factor that could explain the higher rates – especially for thyroid cancer – is that the three communities have more health insurance than elsewhere in the country. This means that residents are more likely to undergo screening and screening for cancer.

The Brooke Stoney Summit is the last of four government employees held in New York in the past three weeks in areas with an increased cancer rate. The state also finds a high incidence of some cancers on Staten Island and in Warren County and part of the Buffalo area. Warren teachers have the highest percentage of all cancers combined, researchers found.

At the meeting, Hutton announced that earlier in the day Gov. Andrew M. Cuomo had announced $ 675,000 in state aid for a three-year cancer prevention and discovery effort for Suffolk County. The money will be for the entire county, not just for the four types of elevated cancer rates in Centereach, Farmingville and Selden, Hutton said. Separately, the state will work with Suffolk County on tobacco removal efforts.

The three other areas the state has explored will receive $ 675,000 in grants, Hutton said.

A study of minks may be the first to show that the coronavirus can spread from animals to humans.