High school speech: San Diego valedictorian calls the San Ysidro team and calls the teacher for "alcoholism" at a ceremony 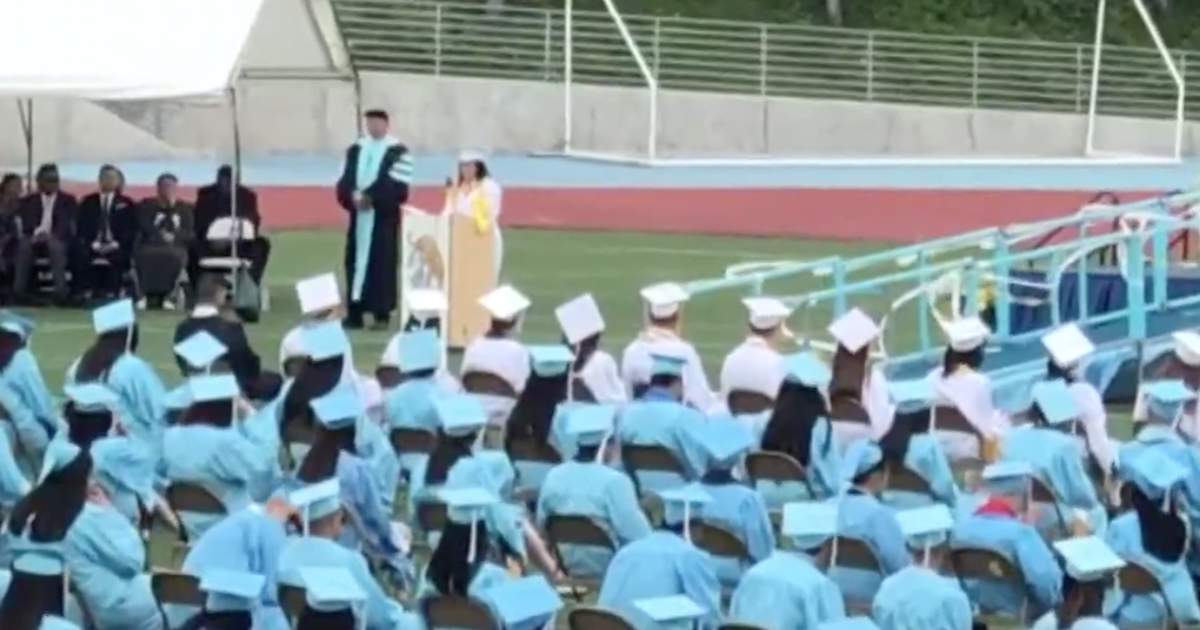 A school student in San Diego went to scour school staff during her graduation speech last week, broadcasting her complaints against some faculty members in a very public way. Her fiery remarks later became viral.

Natalie Burr, who attended San Isidro High School, told CBS's KFMB-TV branch that she wanted to pay attention to what she felt was a lack of support for students. Berr started his speech thanks to specific teachers who were "invested" in the education and well-being of the students. But then he called out other school officials for failing to meet this standard.

"For my counselor, thank you for letting me take care of myself ̵

1; you have always been inaccessible," she said. "You have expressed my joy that one of your students is a validist when you have no role in my achievements." She accuses a teacher of appearing in school drunk. "For the teacher who was regularly drunk during class this year, thank you for learning to teach these students about the dangers of alcoholism."

"Your negligence to inform me about several scholarships until the day before they were due, eventually made me miss thousands of dollars," she said. "When you apply for a work permit, you have repeatedly rejected me despite the confirmation with my employer and my parents that my entire documentation has been filled in correctly."

Manuel Rubio, a spokesman for the diplomatic university at Swiftwood University, told KFMB that he could not comment on specific claims but offered his speech.

"Unfortunately, the words of such a disciple take away the positive," Rubio said. "There are many teachers who work very hard for our students, it is a pity that she has decided to issue complaints."

During the speech of Bour, the audience responded with audible sighs and roaring applause. Her mother also supported Natalie's daring move.

"I'm proud that she spoke and pulled out," Monica Burr told KFMB. "This is something that takes a lot of courage to do"

Valedictorians throughout the country have used their speeches as a means of putting light on the problems. Earlier this month, the speech of Dallas High School Roocha Haga suddenly ended when he began to list the names of black teenagers who were shot dead by the police. The Hague said the school deliberately silenced its microphone.