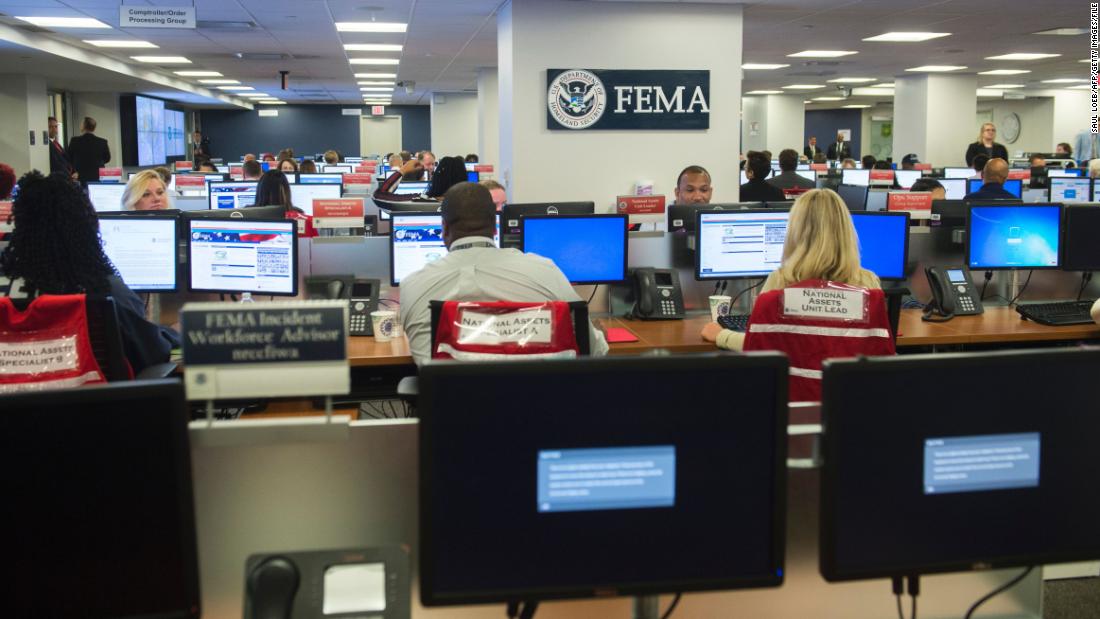 The Department of Homeland Security has informed Congress that it will reprogram and transfer a total of $ 271 million to its immigration enforcement agency elsewhere in the department, including FEMA's money, according to documents obtained by CNN.

Last week, the administration announced its intention to detain migrant families for an indefinite period of time, aimed at removing the settlement, which sets a 20-day limit on family detention.

DHS notifies Congress of its plan to reprogram and transfer funds from immigration and customs enforcement agencies, the DHS chief, on July 26, according to a DHS official. The department plans to transfer about $ 116 million for ICE detention beds as well as transportation and deportation, the official said.

The Department will not withdraw detention beds from the US Secret Service, the Office of the Inspector General, and the Intelligence and Analysis Office.

"In this case, it is a compulsory payment account that has to be considered," the official said.

"We would not say this is without risk," said an official who added that it was done in ways "minimize risk" for agencies that are losing funding.

It is not uncommon for departments, including DHS, to reprogram funds. In particular, DHS has previously reprogrammed detention beds, for example.

Immigration and Customs Enforcement money will surely be discounted

In a letter to Acting Homeland Security Secretary Kevin McAleen, Democratic Republic of Lucille Roybal-Allard of California, chairman of the Homeland Security Appropriations Subcommittee, opposed the re-programming, stating that there were "significant concerns about the intended use of the funds" and the transfer of funds from other components.

Homeland Security Chairman Benny Thompson said in a statement that the administration was "changing the law and intent of Congress to fund extremist immigration policies for indefinite detention."

"Taking TSA and FEMA money in the midst of hurricane season can have deadly consequences. Congress must work to undo the damage this administration is constantly inflicting on our country's security infrastructure," the Democrat added. from Mississippi.

DHS plans to transfer $ 23.8 million from the Transportation Security Administration for immigration enforcement, according to a document obtained by CNN.

Earlier this year, the funds for additional retention beds – as the administration has repeatedly called for – became a turning point in the budget negotiations.

Democrats argue that by allowing the ICE to increase the number of detention beds, the agency will have the capacity to pursue a broader population of undocumented immigrants, including those without criminal records. But Republicans see the number of detention centers as central to limiting the release of detained undocumented immigrants to the United States while they await hearings.

Ultimately, the spending bill includes financing an average of 45,274 beds per day with the intention of returning 40,520 by the end of the fiscal year, which is the level funded in the last fiscal year, but slightly less than the request for the administration for 52,000 detention beds. Rescheduling the funds will increase the number of ICE beds to approximately 50,000.

However, in recent months, the agency has repeatedly detained more people in custody: As of August 10, 55 530 people were in immigration detention, according to the agency.

Last year, the department was also sharply criticized for transferring about $ 10 million from the operational budget of the Federal Emergency Management Agency to finance immigration detention and deportation. The administration also quietly redirected $ 200 million from multiple parts of DHS to ICE last summer, according to a congressional document released last fall.

Additionally, $ 4.3 million will be transferred by DHS's cyber agency.

DHS resources are stretched thin amid migrants' influxes along the southern border. So far this year, more than 760,000 migrants have been arrested for crossing the border illegally. Many are passed on to agents.

In May, the Trump administration requested Congress for $ 4.5 billion in emergency funding. The request included additional restraint beds. This part of the request was not fulfilled.

Phil Mattingly of CNN contributed to this report.