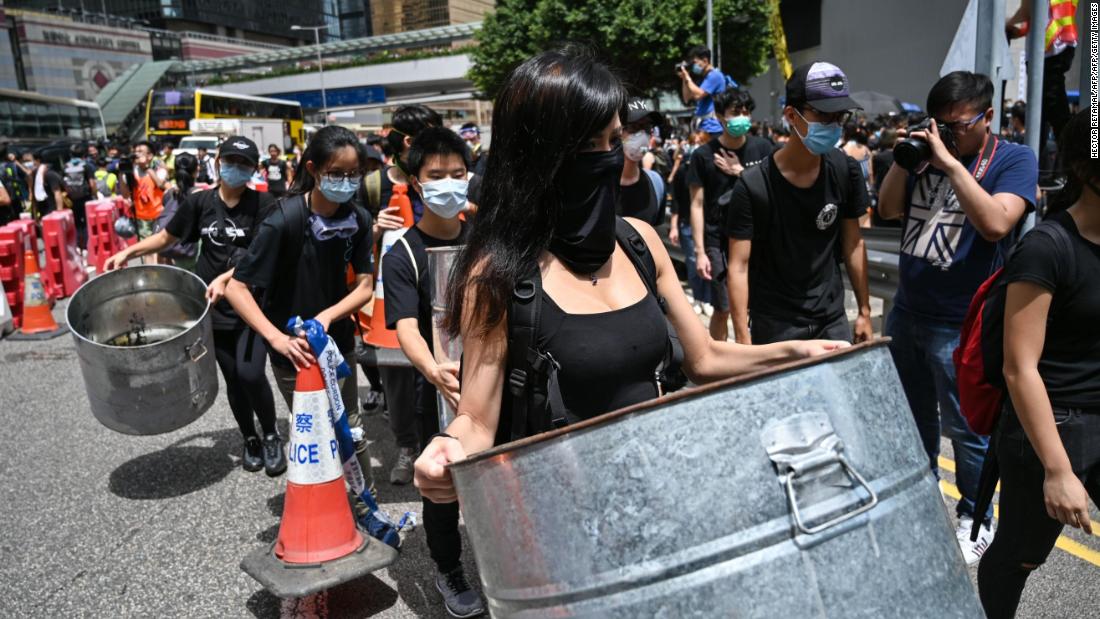 Hundreds of mostly young people flooded at Harcourt Road in front of the legislature in town on Friday morning, where they had a meeting asking for City CEO Kari Lam to resign and officially withdraw the bill.

In short, they took the road, the main thoroughfare in the city center, before moving to nearby Wan Chai, where protest organizers, including Joshua Wong, who was released from prison this week, encouraged them to surround the police headquarters. Speaking to reporters, a police spokesman urged protesters to leave the area, but said a "cleansing operation" was not planned. "We respect the right of the public to express their views in a peaceful manner," she said, adding that a negotiating team would meet the protesters in an effort to get them to continue. Lam gave a rare public apology Tuesday, saying he "sincerely regrets" the controversy over the bill, which has held numerous large protests, including the organizers of a series of processions, attracted more than 1 million and 2 million participants. ,

"I heard you loud and clear and reflected deeply on everything that happened," she said. "Concerns over the past few months have been caused by the Hong Kong government's flaws."

[19659004] She did not respond to requests for a total withdrawal, not a pause for the bill. Neither resigned or called for an investigation into alleged police brutality during violent protests on June 12, other key protest demands.

Student and pro-democracy groups gave Lam up to 17 hours. On Thursday, to respond to these demands, they said they would hold further protests Friday if they did not. These protests began with peaceful meetings outside the legislature and the central government offices that were closed to all kinds of business before the protesters stepped up with the seizure of Kharkur. The police presence is significantly lower on Friday than last week when they used tear gas and rubber bullets to clear tens of thousands of protests from Harcourt and the surrounding streets. Several other events are planned on Friday, including a protester memorial that has fallen to its death from the Pacific Weekly Mall last week, and demonstrations by parent groups as Hong Kong authorities are preparing for the summer of interruption and dissatisfaction with the failure of the bill.

CN She's Shelley and Caroline Kwok contributed to the reporting.