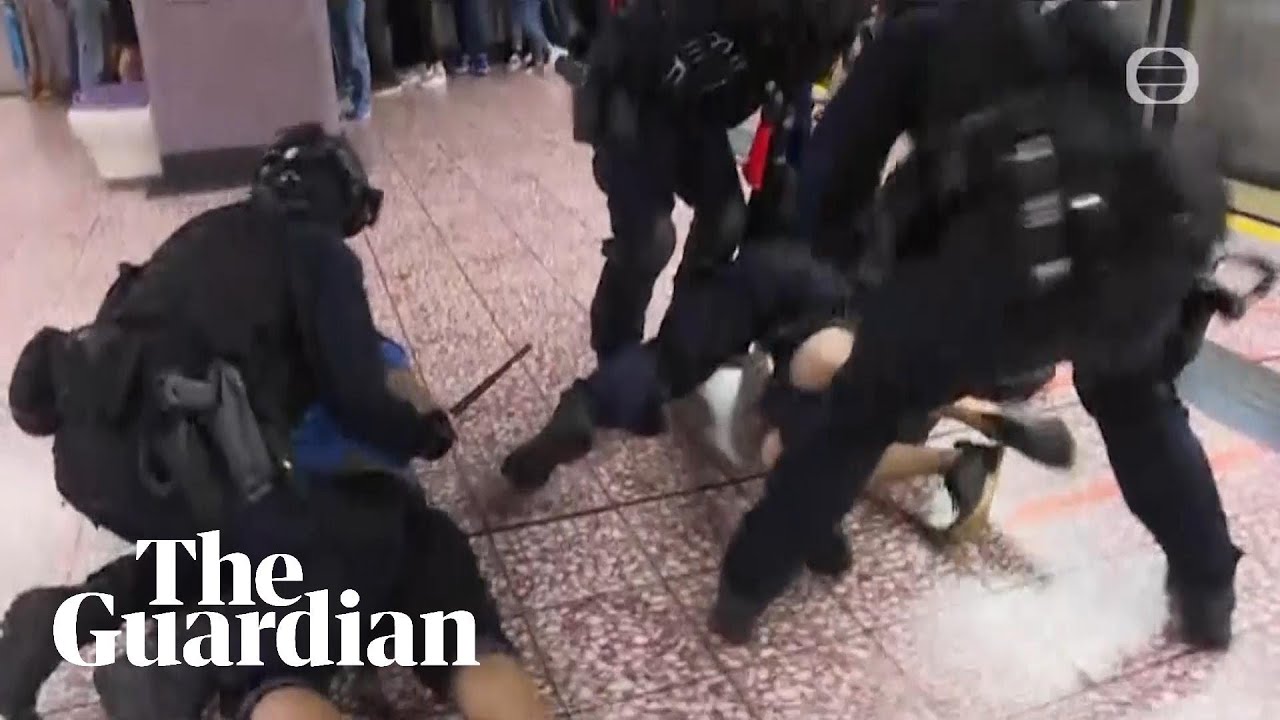 On Saturday, on the 13th consecutive weekend of anti-government and anti-police demonstrations, clashes broke out between protesters and police at the Prince Edward Station in Hong Kong. Officers were spotted striking passengers with sticks spraying pepper spray and pointing rubber pellet guns at subway protesters. A number of protesters were arrested and escorted from the police platform.
Protests in Hong Kong: protesters build fire near police headquarters