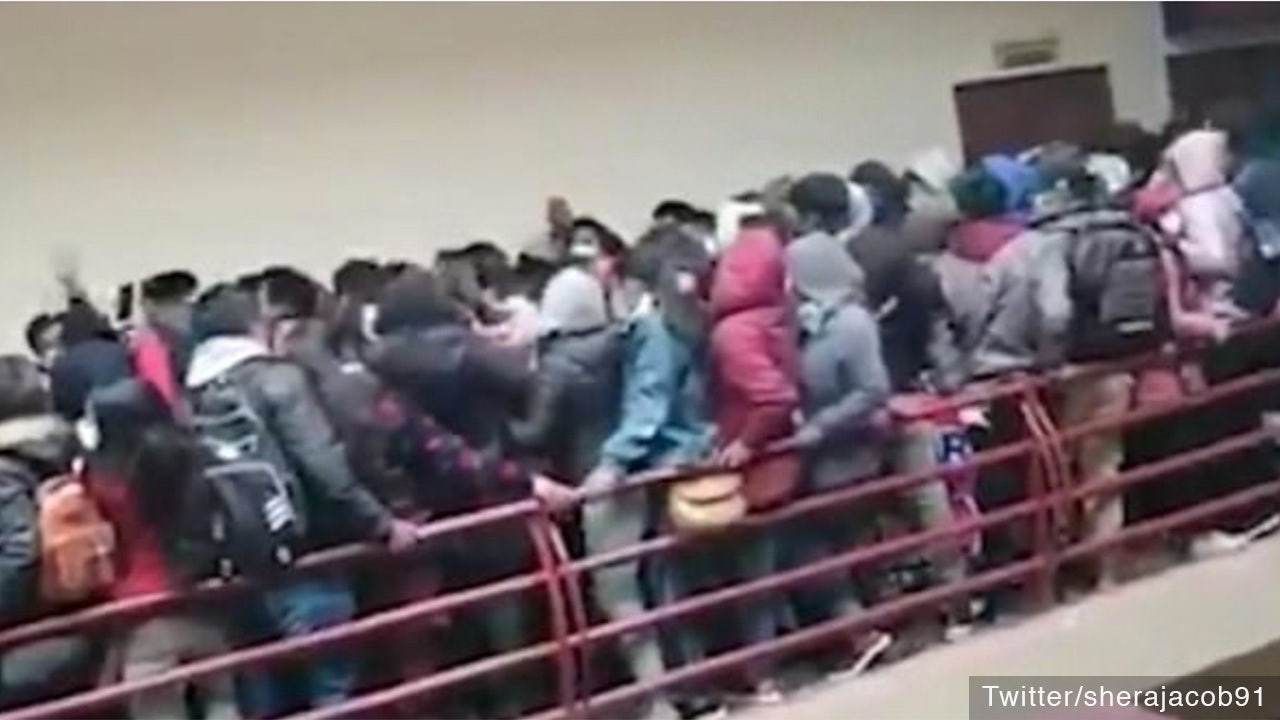 At least seven students in Bolivia died on Tuesday after a metal railing broke on the fourth floor of a university building, a video shows.

A terrifying video of the incident shows a crowd of students bumping and bumping. The metal railing receded, causing many students to fall four floors below.

Several students could be seen hanging from the side before being pulled to safety as the crowd dispersed.

Health Minister Jason Ausa told reporters that “seven have died and five are in critical condition, some of them stabilized.”

7;s special anti-crime force has launched an investigation. The criminal unit says that the age of the victims varies from 19 to 27 years.

Local media reported that the students were in the middle of a tense meeting – which led to some physical quarrels – at the university before the railing was broken.

Syrians are deprived of refugee protection in Denmark: “Are you telling us to leave now?”