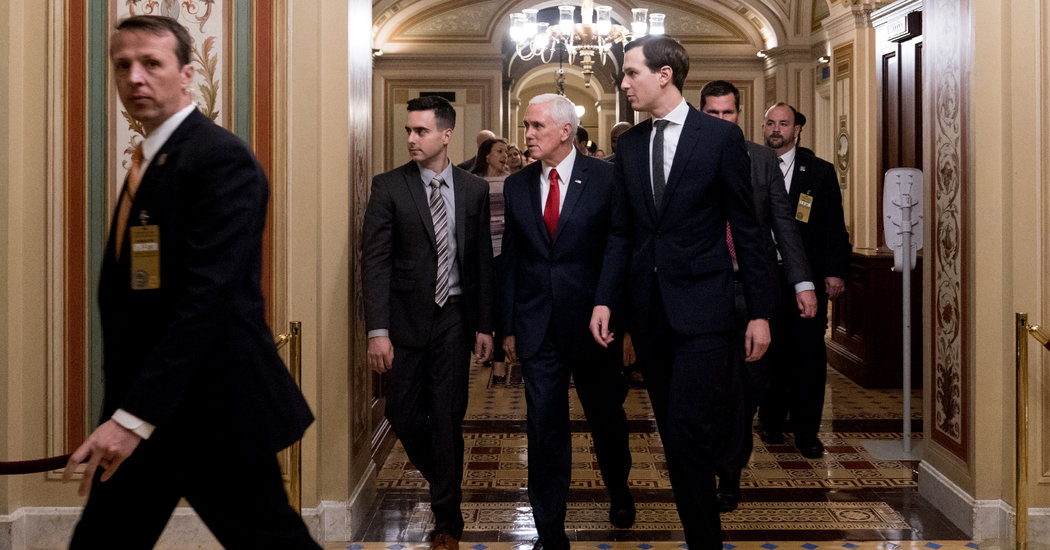 WASHINGTON – House Democrats said on Tuesday they would begin a full-scale investigation into White House's involvement in a proposed venture to bring nuclear power facilities to Saudi Arabia, citing whistle-blower claims that administration officials have ignored warnings that potential conflicts of interest

In a 24-page report from the House Oversight and Reform Committee, Democrats said their concerns centered around actions taken in early weeks of the Trump administration to secure government backing for a plan to build and a series of nuclear power plants across Saudi Arabia. But they said there was evidence as recently as last week that the White House was still considering the proposal.

Claims presented by Whistle-blowers and White House documents by the committee show that the company backing the nuclear plan, IP3 International, and allies in the White House were working so closely that the company sent a draft memo to Michael T. Flynn, Mr. Trump's former national security advisor, to circulate just days after the inauguration. Mr. Flynn had worked on the IP3 during the Trump campaign and transition, Democrats said, and continued to advocate for it in the White House

Even after Mr. Flynn left the White House in February 2017, officials in the National Security Council pushed ahead, the Democrats said, ignoring the advice of NSC's ethics counsel and other lawyers to stop all work on the plan because of potentially illegal conflicts

The draft memo also referred to another close Trump associate, Thomas J. Barrack, who served as chairman of the inaugural committee's president. It said that Mr. Trump had appointed Mr. Barrack as a special representative to implement the plan, which he called "the Middle East Marshall Plan." The memo also directed agencies to support Mr. Barrack's efforts.

The Democrats' investigation comes at a sensitive time, when lawmakers of both parties are incensed over the Trump administration's reluctance to punish Prince Mohammed bin Salman and the Saudi government over the slaying of Washington Post journalist Jamal Khashoggi. As the supporters of the nuclear deal maneuvered in the opening days of the Trump White House, the president's son-in-law, Jared Kushner, was orchestrating what would be Mr. Trump's first overseas trip as president, to Saudi Arabia, and met on his own with the then-deputy crown prince, Mr. bin Salman, before the prince became the power behind the Saudi throne.

At a March 2017 meeting, the National Security Council aide tried to revive the IP3 plan "so that Jared Kushner can present it to the President for approval" Democratic report said. Mr. Kushner is scheduled to travel to the region next week to brief diplomats on the economic portions of the Trump administration's Middle East peace plan.

Representative Elijah E. Cummings of Maryland, Chairman of the Oversight Committee, first disclosed claims brought to him by one of the whistle-blowers in November 2017, and called on the committee's Republican chairman at the time to further scrutinize them. The Republicans did not touch it, so on Tuesday, after laying out a more detailed timeline of events, Mr. Cummings said he was now able to do that work himself.

"Further investigation is necessary to determine whether the actions being pursued by the Trump Administration are in the national security interest of the United States or, rather, serve those who stand to gain financially as a result of this potential change in the US foreign policy, "Mr.

The republicans on the committee did not receive a copy of the report until last night and had not fully assessed it, according to their spokeswoman Charli Huddleston

"This is a delicate and nuanced issue that President Cummings is approaching without bipartisan input and with far flung requests for information, "she said.

Democrats responded by tying the report to broader issues in US-Saudi relations, from the killing of Mr. Khashoggi's congressional efforts to end military support for the Saudi War in Yemen

The export of American nuclear technology that could be used to create nuclear weapons is strictly controlled under the Atomic Energy Act of 1954. The Act says the Congress must approve such exports, and at least one of the whistle blowers claimed that officials involved ignored warnings about such legal requirements.

A plan liked the one advocated by IP3 International has not gone forward to date. But Mr. Cummings's staff said there was evidence that the White House was still kicking around the proposal.

Mr. Trump met with nuclear industry executives at White House last week to discuss expanding their presence internationally, including in Middle East. Bloomberg reported that the session was organized by Jack Keane, and retired and retired the four-star Army General and one of the founders of IP3 International