How ethnic killings broke out in an Ethiopian city 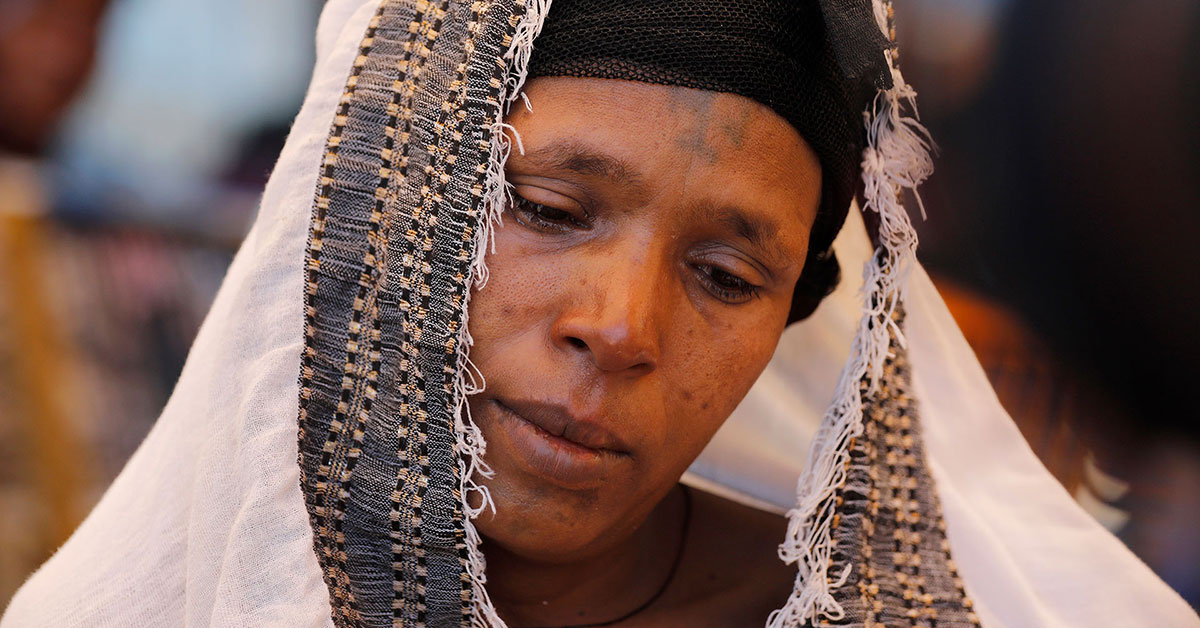 The screams of the dying gradually subsided as the sky darkened. Around midnight, Berhane Gebreziger, an ethnic Tiger, recalls lying in a ditch full of men like him who had been shot and left dead. He shouted, “Is anyone breathing?”

When the sun rose, the old man was faced with a choice: to die in the ditch or to retreat to the road. Painfully, he began to stir up.

It was mid-January, more than two months in an ethnic conflict that convulsed the western part of Tigray, an area of ​​rich agricultural land in northern Ethiopia, where two of the country̵

7;s ethnic groups – Tigray and Amhari – lived together and cultivated the land together.

Berhane, 74, said he was among more than 50 Tigrayan civilians captured and transported by Amhara forces to the Tekeze River, which divides Tigray. The forces ordered the men to descend into what looked like a freshly dug ditch, Berhane said. Then the gunmen fired. Berhane was hit in both legs and in the back; he said he lay among the bodies and listened to the men reload and shoot at anyone who moved.

Ethnic bloodshed along the river erupted amid a fierce power struggle in Tigre, between the Ethiopian government of Prime Minister Abiy Ahmed and the region’s former rulers, the Tigre People’s Liberation Front (TPLF). Tigers make up the majority of their home region, but make up less than 6% of the wider population. Amharas, the second largest community in Ethiopia’s mosaic of more than 90 ethnicities and nationalities, claims western Tigray as the ancient land of Amhara. Amhara leaders believe the Tekeze River is the border between their territory and that of Tigray.

The first reports of ethnic atrocities in western Tigrei came two months earlier in mid-November, about 100km west of the Tekeze River, in an agricultural town called Mai Kadra. Amharas said they were attacked by their neighbors Tigrayan. The Tigers, who are pouring into neighboring Sudan, said they were brutal and expelled from Amharas.

The only thing the two sides agreed on was that hundreds died. Initial reports from human rights groups provide partial evidence of violence. Yet, as access to Tigray is tightly controlled by the Ethiopian government and telephone lines are down, it has been nearly impossible to make sense of the conflicting bills presented by the two communities.

But in March, the government gave Reuters infrequent access to the region, where reporters saw burned-out homes and hastily marked graves. Based on more than 120 interviews with Tigrayans and Amharas in Mai Kadra and other towns and villages in Tigray, as well as in refugee camps in Sudan, they managed to build the first comprehensive chronicle of Tigray’s descent into communal violence.

Reuters checked cross-bills collected over the past six months with 44 unpublished testimonials collected by two international aid organizations, medical records and satellite data. The chronology that emerges tells of two rounds of bloodshed in May Kadra and the ethnic violence that swept the western Tigris.

The first killings in Mai Kadra were committed by ethnic Tigers against Amharas, the report shows. Some were committed by young men led by a Tigran policeman named Captain Kasae Mehar, four Amhara witnesses said. Reuters sent questions to Captain Kasai through the TPLF. TPLF spokesman Getachu Reda told Kasae, “I don’t know him.” He denied that the TPLF was aimed at Amhara’s civilians in May Kadra.

Then came the vengeful killings by forces from the Amhara region, which borders Tigray to the south and whose leaders support Abi’s government. Residents of Tigrayan said that Amhara’s forces drove out Tigrayans, drove Tigrayan’s names off street signs, and seized Tigrayan’s homes, smearing some red-painted doors: “This is a house from Amhara.”

The people of Amhara conquered the farms of Tigrayan – fertile lands, according to which they were taken from Amhara during the decades of TPLF rule. Reuters reporters saw fleets of vans full of household goods and mattresses tied to rooftops traveling from Amhara to western Tigrei. New settlers from Amhara were among the travelers.

In a majority town called Tigrayan, called a division, Amhara’s forces burned many houses, Tigrayan’s witnesses said, leaving nothing for the Tigris who lived there to return. Sensors aboard U.S. government satellites discovered a series of potential fires in and around the division on Nov. 7, a Reuters analysis found.

The end result of this communal violence remains unclear. At least 767 people were killed in May Kadra, according to two lists of victims – one Amhara, one Tigrayan – reviewed by Reuters.

Thousands are believed to have died in the wider war across the region.

Professor Jan Nissen of the University of Ghent in Belgium is monitoring a project that tracks civilian deaths in Tigre by drawing on social media and witness reports, then checking information with people who know the victims. He said his team had reports of more than 8,000 civilians killed and had identified 2,562 of them.

Ethnic violence resonates far beyond Tigray. Independent analysts say the fighting threatens the unity of Ethiopia, Africa’s second most populous nation. Amhara is trying to formally annex the disputed land, about a quarter of Tigray. Other regions in Ethiopia’s shattered federation are watching the government’s response closely, recognizing that they are provoking violence on their own disputed borders.

The Amhara district government says it has taken control of the western part of Tigray. Its representatives plan to relocate up to half a million amhars there.

“There is no space called West Tigris because this area is part of the Amhara region,” regional government spokesman Gizace Muloune told Reuters.

Amhara-appointed administrator of Western Tigray, Yabsira Eshetie, said any accusation that Amhara’s forces had killed Tigrayans was “unfounded and far from reality”.

The United Nations is talking about possible war crimes on all sides in the Tigris War. US Secretary of State Anthony Blinken said in March that acts of ethnic cleansing had been carried out and called on Amhara’s forces to withdraw. In April, Reuters reported in detail on women who were tortured and raped in central Tigrei on terms that a regional official first described as “sexual slavery.”

The Ethiopian government did not answer detailed questions about this article. He denied that there had been “targeted, deliberate ethnic cleansing”. In a speech to parliament on March 23, Prime Minister Abi defended Amhara’s forces. “Representing this force as a robber and conqueror is very wrong,” he said. The government says allegations of abuse are exaggerated and where crimes have been committed, they will be dealt with according to the law.

Witnesses to May Kadra’s killings and expulsions spoke of heroism and betrayal on both sides. While some residents of the city are sheltering neighbors belonging to the other ethnic group, others are joining the killing, they said.