How SpaceX Plans to Move Starship from Cocoa Site to Kennedy … 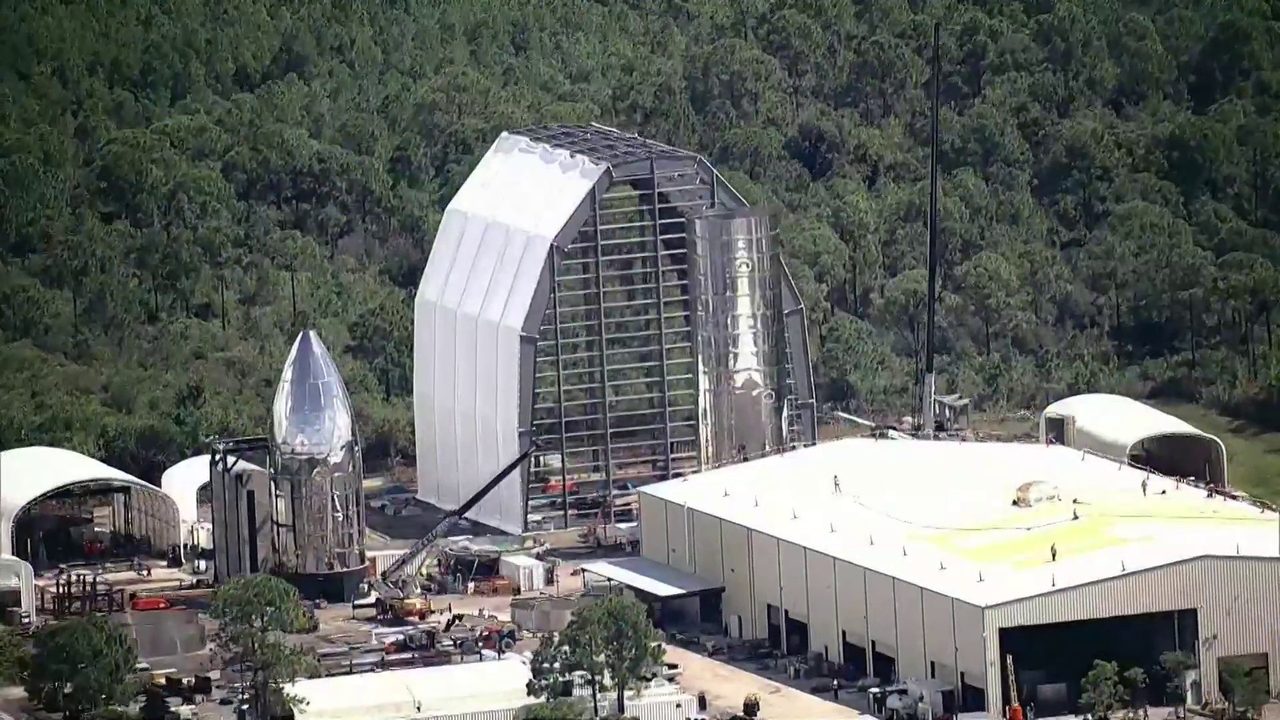 KENNEDY SPACE CENTER, Fla. – Long before SpaceX can fly Starship to the moon or Mars, and the prototype of the spacecraft must have moved from its construction site to Cocoa's Kennedy Space Center for testing.

SpaceX representatives are declined to answer News 6's questions about how a private company will transport spacecraft more than 20 miles between two facilities or when relocation will occur.

However, records obtained exclusively by News 6 reveal that in September the 1

80-foot-tall spacecraft could be towed along State Road 528 Beachline Expressway before being placed on a barge in the Indian River for shipment to Launch Complex 39.


Roll-Lift Cargo Transportation Company USA recently submitted a permit application to the Florida Department of Transportation seeking to move a "tank" to the KSC over a two-week period in September.

A diagram attached to the application indicates the cargo is the SpaceX Starship, which is currently being constructed in multiple segments at a steel facility on Cidco Road in Cocoa.

Another prototype of Starship is also undergoing testing at a facility in Boca Chica, Texas. The Starship "hopper" recently fired its engines in the first test last month. Another hop test could happen this week, according to SpaceX founder Elon Musk.

According to state records, the Cocoa Starship prototype will be transported across vacant land just south of Coastal Steel to Grissom Parkway on a 15-axle truck and trailer.

After traveling east on Grissom Parkway for about a half mile, the spacecraft will be towed south on Industry Road toward the Beachline Expressway, records show.

As law enforcement temporarily shuts down several roads and interchanges in the area, records show Starship will travel eastbound in the westbound lanes of SR 528 for nearly 2 miles.

After crossing over the U.S. 1, the spacecraft will exit SR 528 on a small, unnamed island in the Indian River that serves as an easement to the expressway.

According to the permit application, a barge pulled by two tugs will be docked alongside an existing seawall. Winch trucks parked nearby will secure the barge using mooring lines.

The spacecraft prototype will be rolled on to the barge over matting laid to protect the ground, state records indicate.

The cargo company will be responsible for any damage to the seawall or other state-owned property, according to the permit application, and the Florida Department of Transportation spokesman confirmed no agency dollars will be spent on the project.

Once secured on a barge, records obtained by News 6 suggest Starship could be transported from the Indian River to the Banana River through the Canaveral Barge Canal, followed by a 15-mile cruise north to KSC.

Starship will enter the Kennedy Space Center by water next to the Vehicle Assembly Building and Launchpad 39A, according to a recently released NASA environmental impact report.

That so-called "turn basin" is where other large rocket components have arrived at KSC by barge, including Space Shuttle's external fuel tanks that were built in Louisiana.

At 180 feet in height, Starship will be slightly taller and wider than the shuttle's orange fuel tanks.

SpaceX has not disclosed what type of flight tests the Starship prototype will undergo once it arrives at the Kennedy Space Center.

In a tweet last month, SpaceX founder Elon Musk indicated that both Starship protypes could be ready to "fly" in September or October.

Hans Koenigmann, SpaceX vice president of mission assurance, said Monday during an American Institute of Aeronautics and Astronautics forum that SpaceX is planning more progressive "hops" at the Boca Chica site and plans to fly Starship "as soon as possible."

“They are working as fast as they can, but I still want to know,” Koenigmann said.

Musk announced SpaceX will be providing an update on the Starship program Saturday.

Ultimately, SpaceX plans to mount Starship on the top of a large booster rocket called Super Heavy, powered by 31 Raptor enginers, creating a 400-foot-tall spacecraft. It's SpaceX's fully reusable spacecraft designed for human and spacecraft launches to the moon and Mars.

SpaceX plans to land Starship at Landing Zone 1 and 2 at Cape Canaveral Air Force Station and Super Heavy will touch down on a drone in the Atlantic Ocean a few miles offshore.

According to the environmental impact report, SpaceX eventually plans to launch the spaceship about 24 times a year.