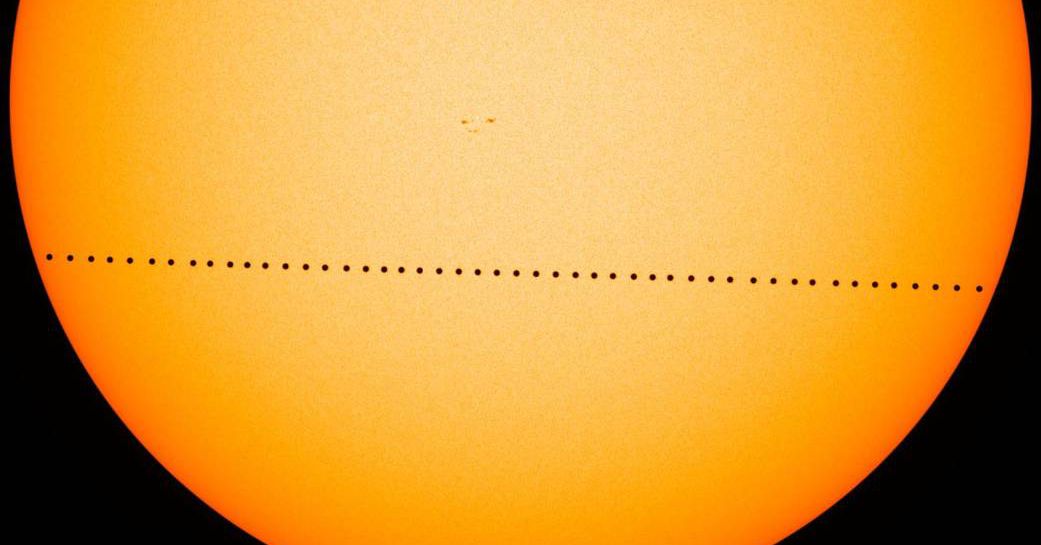 On Monday, November 11, the planet Mercury will cross directly between Earth and the Sun in a case that will not happen again for another thirteen years. During this transit, Mercury will be seen as a tiny pinch of darkness against the surface of the sun.

This transit will start at 7:35 a.m. ET and will last about five and a half hours, giving people plenty of time to deal with the progress of the planet. Weather permitting, people in South and East North America will have the best view of all transit, but other parts of the world, including Western North America, Europe and Africa, will be able to catch up on at least some of the action.

If you want to enjoy the show, please remember that looking directly at the Sun is very dangerous . Plus, unlike the solar eclipse, you probably won't be able to see anything without specialized equipment – and your residual eclipse glasses don't count. As NASA points out in a transit post: "Even with observation goggles, Mercury is too small to be easily visible to the naked eye." You will need a telescope or binoculars fitted with a special solar filter to watch the transit as it happens.

If you don't have a telescope equipped with a solar filter, or a local astronomy club or observatory, you can still watch the fun. Slooh will have a live broadcast of the event starting around 7:30 AM ET. NASA's Solar Dynamics Observatory will also track the event and upload images of the event as it happens.

The last time Mercury was crossing the sun was in May 2016, when astronomers were able to capture incredibly fresh footage – and gorgeous shots – of the event.

This particular event is a big deal for fans of astronomy. Mercury will not make another transit until 2032, when it will be visible in most of Asia, Europe, Africa, Australia and South America. People in North America will wait even longer – the next Mercury transit seen there won't happen until 2049.