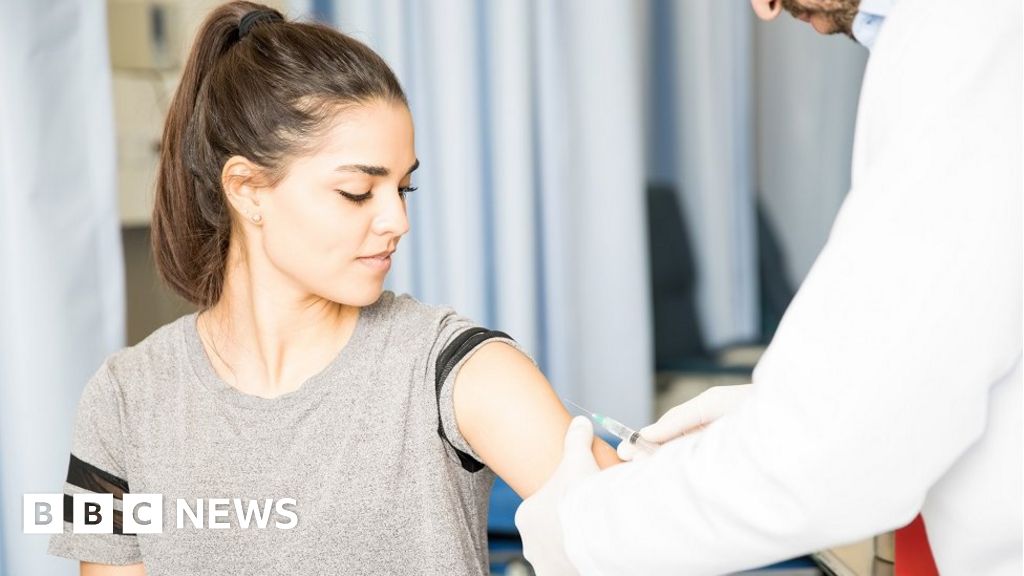 The routine vaccination of girls with the HPV vaccine in Scotland has led to a "dramatic" drop in cervical disease in later life.

Human Papillomavirus (HPV) is a sexually transmitted infection and some types are linked to cervical cancer.

They found the vaccine had led to a 90% cut in pre-cancerous cells.

And they said the effects of the program had "exceeded expectations".

Over the last decade, schoolgirls across the UK have routinely received the HPV vaccine when they are 12 or 13.

A team of academics – from Strathclyde , Edinburgh, Aberdeen and Glasgow Caledonian universities – analyzing vaccination and screening records for 140,000 women who went to their first cervical screen from 2008-2016.

Their study, published by the BMJ, concluded that the Scotland's HPV vaccination program has led to a "dramatic reduction in preinvasive cervical disease."

"The findings will be considered by cervical cancer prevention programs worldwide", the study reports.

When the vaccination program began, researchers thought the vaccine would knock out two types of HPV, which cause 80% of pre-cancerous conditions.

Instead, they have found it knocks out another three types as well, which means it eliminates nearly 90% of cervical pre-cancer in Scotland.

Unvaccinated women have also shown a reduction in disease, suggesting that the interruption of HPV transmission in Scotland has created substantial "herd protection", researchers said.

Dr. Kevin Pollock, of Glasgow Caledonian University, said the "impressive" figures confirm that "the HPV vaccine should significantly reduce cervical cancer in the next few years."

He added: "The main message is that the vaccine works, as long as the high uptake continues, the virus has nowhere to go and it is being eliminated

" We evaluated 140,000 women in this study and because we can link the status of vaccination to the disease its impact is indisputable. "

Laura McAdam was diagnosed with cervical cancer in 2016

Laura McAdam, 33, said she wishes the HPV vaccine was available when she was at school.

In 2016, she was diagnosed with cervical cancer after a routine smear test found changes in her cervix – despite having no symptoms

Laura said she wished she had the opportunity to get the HPV vaccine at school. She said: "If this injection is going to school now it is wiping that out then that's amazing news and I'm definitely all for it."

"I think it's a great idea.

"I would take it in a heartbeat if it's going to stop anyone going through what I've been through."

"You never expect it it will happen to you ", she added.

'My nightmare will never be over'

Due to complications she was unable to have chemotherapy or radiotherapy, so to remove the cancer she had laser treatment, hysterectomy and lymph nodes removed.

Ms. McAdam, from Ayrshire, does not know if her cancer will return, so she has checks every six months.

She added: "I did not think my nightmare will ever really be over as I will constantly be worrying if they get all the cancer or if it's come back

"I would advise all girls to get vaccinated because there is proof that it works. I would also advise women to go for smear tests. It was a smear test that saved my life.

"I would not like what I've done to my worst enemy."

The research has been welcomed by Jo's Cervical Cancer Trust. "The results of this research are very exciting and clearly demonstrate the impact of the HPV vaccine in protecting the cervical health of future generations."

"We are lucky to have such an effective prevention program which means the elimination of cervical cancer is firmly on the horizon.

"Focusing on communities and areas where the uptake is below the national average should be a priority."

Public Health Minister Joe FitzPatrick MSP said he welcomed the report in the BMJ. He said it demonstrated "the significant and continued benefits of our vaccination program".

He added: "It remains important that women, who have been diagnosed with HPV vaccines,

"The test is unique as it can prevent the disease before it even begins, and treatment as a result of screening prevents eight out of ten cervical cancers from developing. "