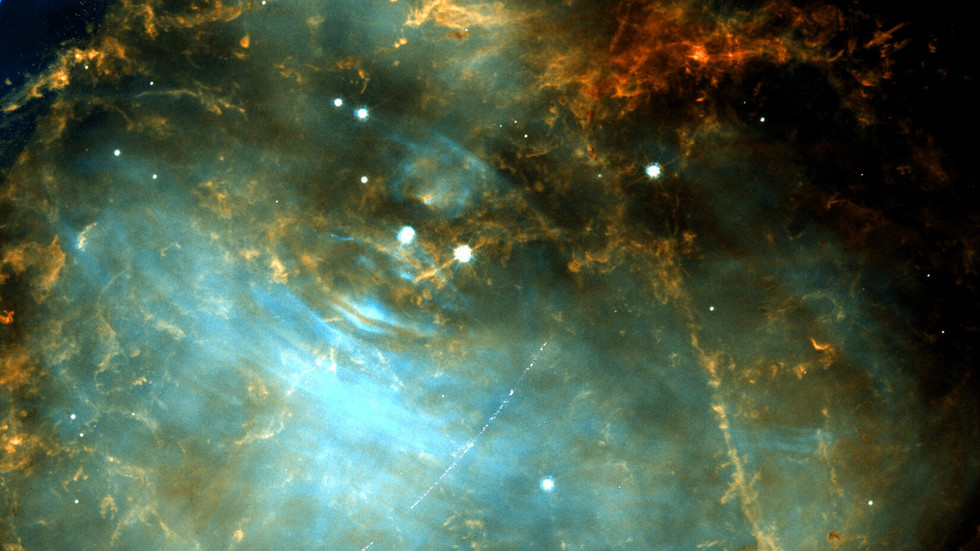 After NASA and ESA opened the archives of the Hubble Space Telescope to amateur astronomers, one of them was able to find a stunning asteroid-crossing "photobomb" in front of the mesmerizing Crab Nebula.

US and European space agencies launched the Hubble Asteroid Hunter citizen science project in June, but were unprepared for the enormous enthusiasm shown by over 1900 volunteers who managed to complete 300,000 classifications of nearly 11,000 images in just 1.5 months, even the most optimistic expectations of the project erupted.

An astronomy enthusiast in particular, Melina Tevenot of Germany, discovered a captivating image as she trawled through the archives. Thévenot handled various versions of the 2005 Crab Nebula image, combining blue, green and red filter views and found the asteroid 2001

SE101 trace visible near the center of the nebula.

The Cancer Nebula, also known as Messier 1 or M1, is the expanding supernova explosion remnant first observed by astronomers in 1054. The fast-rotating neutron star left after the explosion is also visible in the center of the image (this is the leftmost star in the binary pair)

Now that the project is complete, professional astronomers can begin to map the orbits and future trajectories of asteroids, identified with greater accuracy than ever. This research, in turn, will fit into our planetary defense models and may one day help prevent potential impacts.