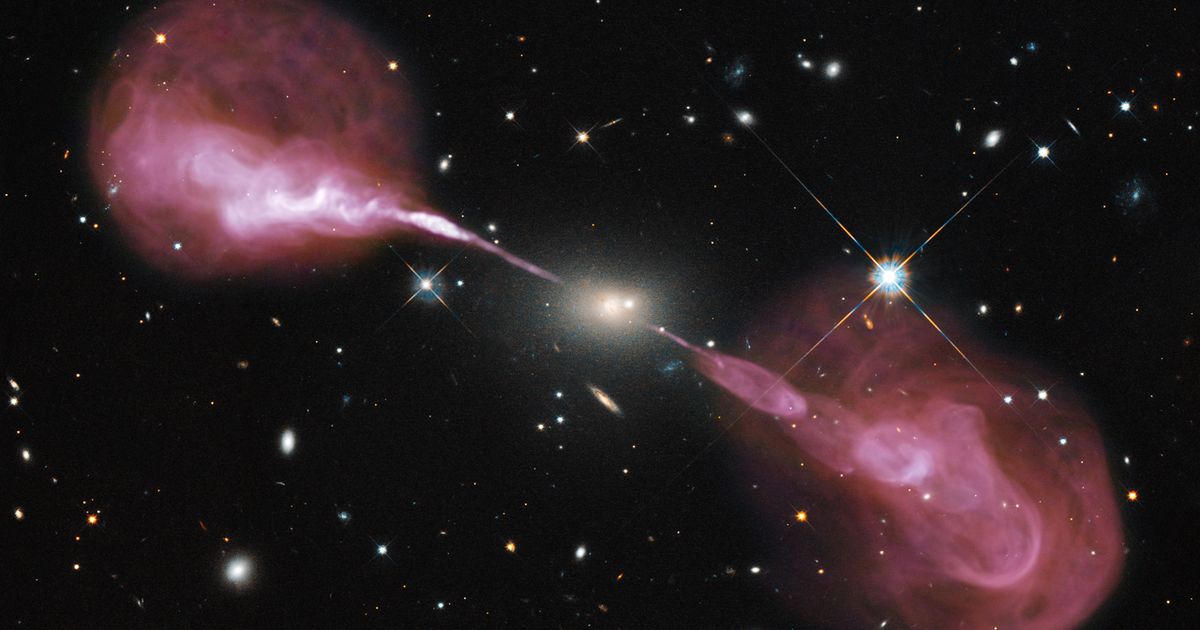 The focus of this new exchange of images from NASA – a photo taken by the Hubble Space Telescope in 2012 – is Hercules A.

The distant galaxy, also known as 3C 348, is the bright spot right in the middle of the image below. These long, magnificent red paths are plasma jets that stretch about 1.5 million light-years away. This is due to the massive black hole that is located in the center of the 3C 348.

“By emitting nearly a billion times more radio wavelengths than our Sun, the galaxy is one of the brightest extragalactic radio sources in the entire sky,” Hubble’s own website for 3C 348 said.

Plasma jets move in space close to the speed of light. Hubble’s website also states that the bulbous “ring-shaped structures” at the end of each jet suggest that the black hole of the distant galaxy has thrown them out into space more than once.

Always remember when looking at photos like these that they are actually photos from the distant past. The Hubble team captured this image in 2012, but the 3C 348 is estimated at 2 billion light-years. That means, roughly speaking, a photo taken today captures a scene from 2 billion years ago.

It is important to maintain perspective when peering into space images. This single scene, which you probably watch on a smartphone or tablet, covers an unimaginable distance. And although the picture itself was snapped almost a decade ago, the scene depicted took place about 2 billion years ago, at a time when the Earth was still giving up on mass extinction, which significantly preceded our history as a species.