Human health can be 'mostly sustained' for a year in space, NASA Twins Study concludes 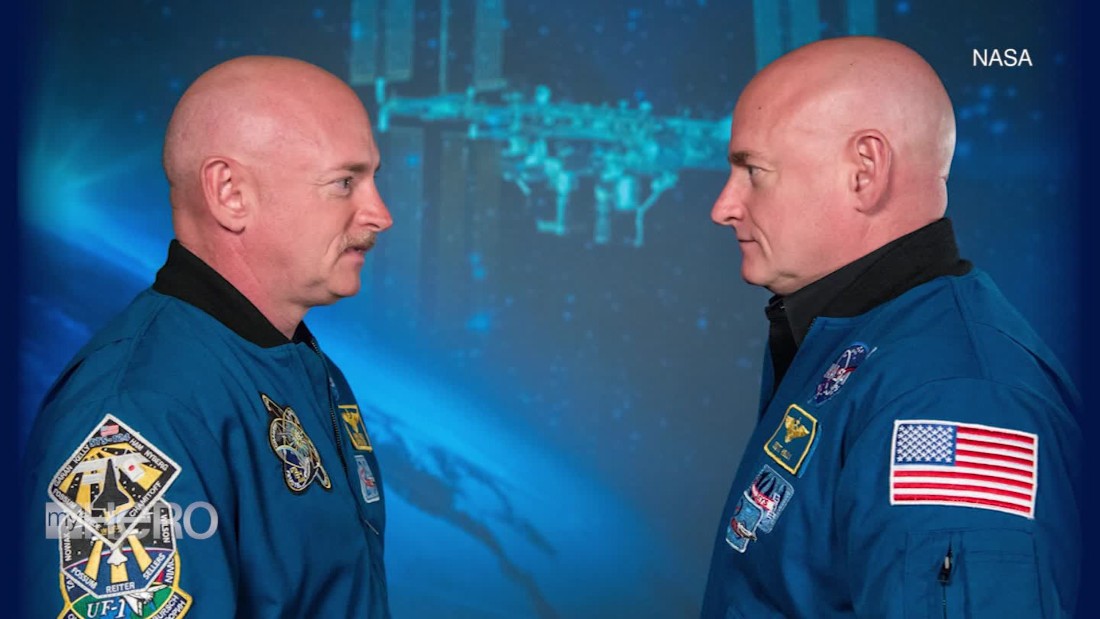 The majority of changes that occurred in Kelly's body, compared to his identical brother, Mark, on Earth, returned to normal once he came back from the space station. The study suggests that human health can be "mostly sustained" for a year in space, researchers said.

Coincidentally, the results are being released just in time for the 58th anniversary of the first manned spaceflight by the Soviet cosmonaut Yuri Gagarin

But the much-anticipated study reveals areas that may require countermeasures or safeguards when preparing for longer space missions or missions to deep space, like Mars.

The molecular, physiological and behavioral changes were divided into low-, mid-level and high-risk groups. Scott's change in body mass and microbiome were considered low-risk. Shifts in collagen regulation and blood vessel fluid management were mid-level, and genomic instability was considered as potentially high-risk.

The study, which includes the work of 10 teams of scientists from 12 universities studying various aspects of the human body in space, was published Thursday in the journal Science. The data included cognitive measurements, physiological data and 27 months of samples from both the brothers, including blood, plasma, urine and stool

However, there are limiting factors to the study, researchers said.

The study is a reflection of only Scott and Mark Kelly, and the results will not be corroborated with other astronauts, the researcher clarified. Scott was also in the protective shield of the Earth's magnetic field on the space station and was not bombarded by deep-space radiation

"It is impossible to attribute causality to spaceflight versus a co-incidental event," according to the study, with researchers considering their work as "hypothesis-generating and framework-defining" that will benefit from more research in the future. But they also believe it is the "dawn of human genomics in space," according to Dr. Andy Feinberg, principal investigator and professor of medicine at Johns Hopkins School of Medicine.

"The Twins Study has been an important step towards the understanding of epigenetics and gene expression in human spaceflight," said J.D. Polk, chief health officer and medical officer at NASA Headquarters. "This has helped inform the need for personalized medicine and its role in keeping astronauts healthy during deep space exploration, as NASA goes to the Moon and travels to Mars."

What changed in space

[19659002] A year in space caused by Scott's carotid artery to thicken, DNA damage, gene expression changes, and thickening of the retina, shifts in gut microbes, reduced cognitive abilities and structural changes at the ends of chromosomes called telomeres. But it did not alter or mutate his DNA.

Getting a flu shot in space also worked exactly as it did on Earth. Nutrition and exercise while on the station caused weight loss and an increase in folic acid that caused the vital production of red blood cells

The changes in gene expression were linked to DNA repair systems and the immune system. More than 1,000 genes changed as soon as Scott arrived in space. Some of the changes were expected, such as those related to bone formation or repairing DNA, because astronauts lose bone density in space and radiation damages DNA. But the changes to the mitochondrial and immune system genes, which help to produce energy and protect the body, suggest that long-term spaceflight increases stress on the body. There is also evidence of cellular stress

This reveals that Scott's immune system was on high alert in response to his environmental change, the researchers said.

"Gene expression has changed dramatically," said Christopher Mason, one of the study authors and associate professor of physiology and biophysics at Weill Cornell Medicine. "While many of the changes reversed after Scott returned to Earth, a few remained, including cognitive deficits, DNA damage and some changes in T-cell activation. how the body responds, but the genes are perturbed, so we want to see why and track them to see how long. "

Looking at Scott and Mark's epigenomes only revealed a less than 5% difference. Epigenomes are chemical compounds that act like a switch to turn genes on or off in DNA. Epigenetic changes are tweaks to genetic activity that do not change the genetic code. For Scott, the changes involved his immune system response and in biochemical markers attached to inflammation.

While in space, the caps on the ends of the chromosomes called telomeres lengthened in Scott's white blood cells. Usually, the change in telomere length is associated with aging or disease, and they shorten with age. The lengthening was not expected. Telomeres act as a biomarker for health and, now, the long-term risks of spaceflight.

Upon returning to Earth, Scott's telomeres were quickly shortened and even lost length compared to how they were before he left for the space station. This could be a negative effect on his cellular health, researchers said. Now, he has more short telomeres. Short telomeres are associated with a higher risk of accelerated aging, cardiovascular disease and some cancers, said Susan Bailey, a study author and Colorado State University professor

Scott's eyeballs also changed shape. His retinal nerves sthickened, and folds appeared in the choroid layer around the eye. The changes are associated with vision clarity and have been noted in other male astronauts because of the headward fluid shift of zero gravity. It is called space-associated neuro-ocular syndrome or SANS. That same fluid shift caused a distension of the neck of the jugular vein, a more cardiac output and a thickening of the forehead's skin. This puts deep pressure on the veins, eyes and blood vessels and causes drainage.

The fluid shift affects not only his eyes but his cardiovascular system, as well. Scott's carotid artery wall thickened early in the mission and remained that way for the rest of the flight. Collagen levels in his blood were shifted, which was associated with changes in cardiovascular risk factors. Those returned to the baseline when he returned.

While Scott's gut microbiome has shifted, the diversity of it did not, which was encouraging to the researchers. Comparing Scott's samples before, during and after the flight was more valuable than comparing them to Mark's, the researchers said. While in space, the number of gut bacteria called Firmicutes increased, while the gut bacteria Bacteroidetes decreased. Both categories contain a mix of good and bad bacteria.

Researchers believe that zero gravity caused this shift. But the balance returned to normal when Scott returned to Earth. Countermeasures to help maintain this balance in the future could include pre-, pro- or postbiotics

Scott's cognitive speed and accuracy declined in post-test and persisted until six months after he returned.

There was also an uptick in the immune response during Scott's landing on Earth, which aligns with such a stressful event. And his lactic acid levels were higher during the first 15 days and final 14 days of the trip, although the exact trigger was not identified.

But almost everything returned to normal, stable or baseline levels six months after Scott returned to Earth.

Scott first proposed the idea to NASA's Human Research Program before his mission. The twins are both astronauts, but a unique opportunity was presented when Scott planned to spend a year on the space station while his brother stayed on Earth. Their identical genes would provide the perfect comparison for researchers. And going forward, NASA is proposing more one-year missions to continue this kind of research and to prepare for longer missions to Mars or the moon

After more than 50 years of human spaceflight, researchers know some of the risks posed to the human body by being in zero gravity. Astronauts have to deal with a stressful environment, noise, isolation, disrupted circadian rhythm, radiation exposure and a headward fluid shift that occurs when floating as opposed to standing on a solid ground

Space motion sickness occurs in the first 48 hours, creating a loss of appetite, dizziness and vomiting.

Over time, astronauts staying for six months or more on the station can experience the weakening and loss of bone and muscle atrophy. Astronauts also experience blood volume loss, weakened immune systems and cardiovascular deconditioning since floating takes little effort and the heart does not have to work as hard to pump blood. Scott and other astronauts in their late 40s and 50s have also complained about their vision being slightly altered. [19659902] Going forward, NASA is focused on addressing the key threats to human beings in space: isolation and confinement, radiation, distance from Earth, hostile or closed environments and fluctuating gravity

Implications on earth too

But these findings don 't just have implications for astronauts. Cancer patients also undergo genetic changes and radiation exposure. This study shows how a healthy body responds and adapts to stress, which could separate how the body responds to other stressors, cancer or infections.

Bailey, the telomere researcher, will continue her work by studying astronauts on six-month and one-year missions. "The Twins Study demonstrated on a molecular level the resilience and robustness of how a human body adapted to the spaceflight environment," said Jenn Fogarty, chief scientist for NASA, with the Human Research Program. "This study was a stepping stone to future molecular biology research, focusing on molecular changes and how they can predict the health and performance of astronauts."