Hundreds are protesting against the student flu mandate in Massachusetts 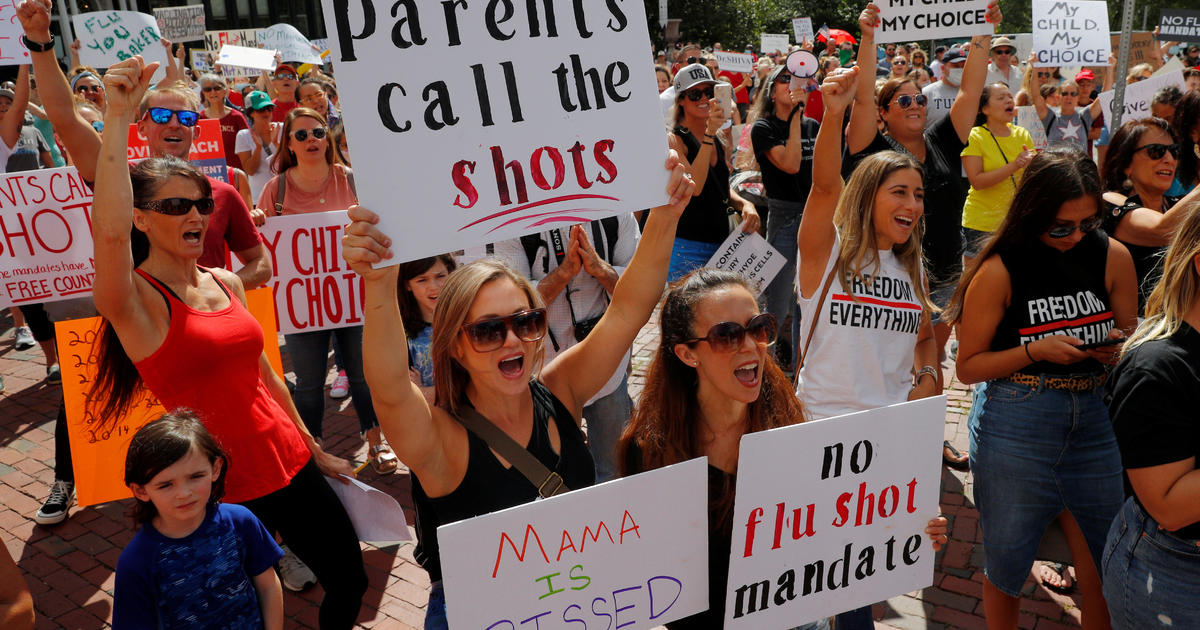 Hundreds of demonstrators, many without masks, came to the Massachusetts State House on Sunday to oppose a new state rule that requires flu shots for students, CBS Boston reported. Earlier this month, Republican Gov. Charlie Baker announced it was considered the first such requirement in the country earlier this month.

A spokesman for the Massachusetts Department of Public Health issued a statement Sunday saying the flu vaccine requirement is especially important as the flu season will overlap with the flu season. coronavirus pandemic. Baker said the photos were needed so as not to overload the health care system.

“As students return to personal learning in the classroom, this vaccine requirement provides an additional and necessary layer of protection and safety,” the statement said.

Sunday’s rally began at about 10 a.m. on Beacon Hill, with hundreds gathering in front of the office as they raised signs and chanted loudly.

“We think this is a complete overrun of the government and we are here to fight for all the children,” said one parent. “They shouldn’t have to get the flu.”

The Massachusetts Department of Public Health says the flu vaccine is “an important step in reducing flu-related illnesses and the overall impact of respiratory illnesses during the COVID-19 pandemic.”

“I was really stressed about it, but I’m considering having to go to school while I hope it turns around. But I won’t be pressured to get the flu. The kids don’t understand,” she continued.

Cordy Xavier’s 10-year-old son added: “I don’t like random things to enter my body without my consent.”

The only people justified by the flu vaccine are for medical reasons, religious reasons, or children who are fully educated at home. The deadline for getting the flu for this school year is December 31st.

A speaker at Sunday’s demonstration called on the crowd to embrace, The Boston Globe reported.