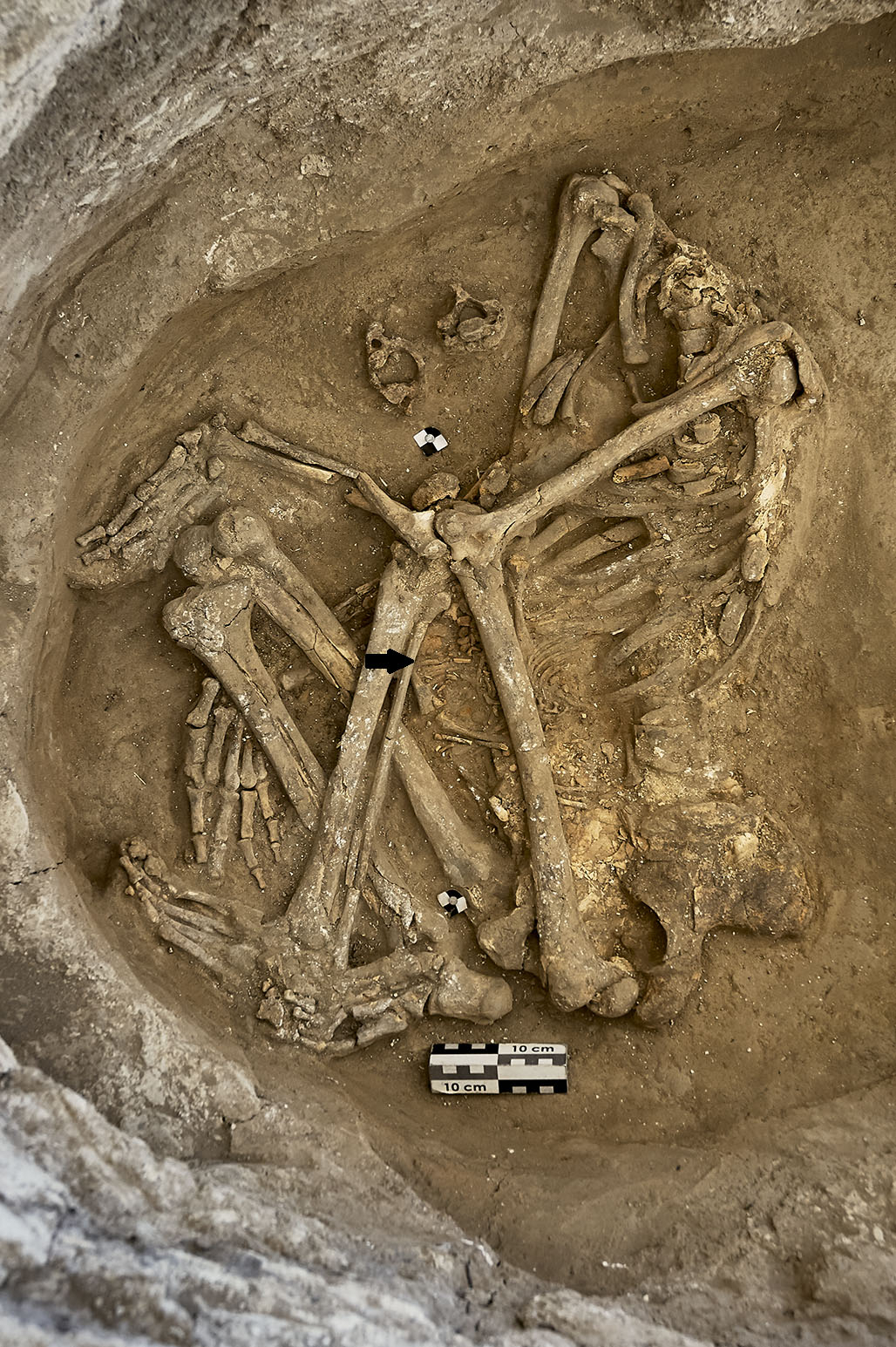 Around 9,000 years ago, and a Neolithic settlement in central Turkey was beginning to grow. The people living at Çatalhöyük had been transitioned from being trained to farming, and the population of what would become one of the world's first cities was increasing.

In a study published in the journal PNAS scientists have now looked (19659002) Çatalhöyük, in Anatolia, was founded around 7100 BC Archaeologists discovered the site in the 1950s and quickly realized it was a cultural center during the Neolithic period. Since then, it has been declared a UNESCO World Heritage Site, providing important evidence of how people have lived from living in small villages to larger urban environments

The site has been occupied for over 1

To understand the social changes that took place at Çatalhöyük, researchers looked at the remains of 749 individuals. The team, led by Clark Spencer Larsen of Ohio State University, notes that this sample covers the entire demographic – from neonatal to the elderly. Bodies were normally buried under houses in burial pits, suggesting a sense of community.

By looking at changes to the skeletons over the period of occupation, the team was able to deduce certain changes that took place. "Çatalhöyük was one of the first proto-urban communities in the world and the residents experienced what happens when you put a lot of people together in a small area for a long time," said Larsen in a statement

expanded rapidly during the Middle Period (6700-6500 BC). Analysis of the mud houses shows that at its population peak, residents were experiencing extreme overcrowding. Residential dwellings were built like apartments and could only be accessed by the roof, via ladders. The walls of the houses were found to have traces of animal and human fecal matter: "They live in very crowded conditions, with trash pits and animal pens right next to some of their homes.

Residents kept sheep and goats – the first of which is the host of several human parasites. and a third of the residents were living with infections in their bones, analysis revealed.

The team also found an increase in interpersonal violence, of which 93 skulls in the sample were found to have suffered from frac The shape of the injury suggests that people were hit over the head with hard round objects – potentially clay balls that were also discovered at the site. Over the half of the victims were women and many of the blows appear to have been inflicted when the victims were facing away from their attacker.

Researchers believe the increase in violence coincides with changes in the size of the population: made for elevated stress and conflict within the community, "they wrote. "This finding matches those from a number of settings today and in the archaeological past, confirming the association between violence and demographic pressure."

The analysis of the bones revealed the diet of the inhabitants was heavy in wheat, barley and rye. This may have caused tooth decay-findings revealed that between 10 and 13 percent of the population suffered from cavities.

Over the period of occupation, residents were found to have walked significantly more toward the end of occupation than the start. This indicates that people have to travel further to find and farm fertile land-suggesting environmental degradation had taken place at the site.

Larsen believes understanding what happened at Çatalhöyük could help with the challenges we face today, as population increases and our cities get even more overcrowded . "We can learn about the immediate origins of our lives today, how we are organized into communities."