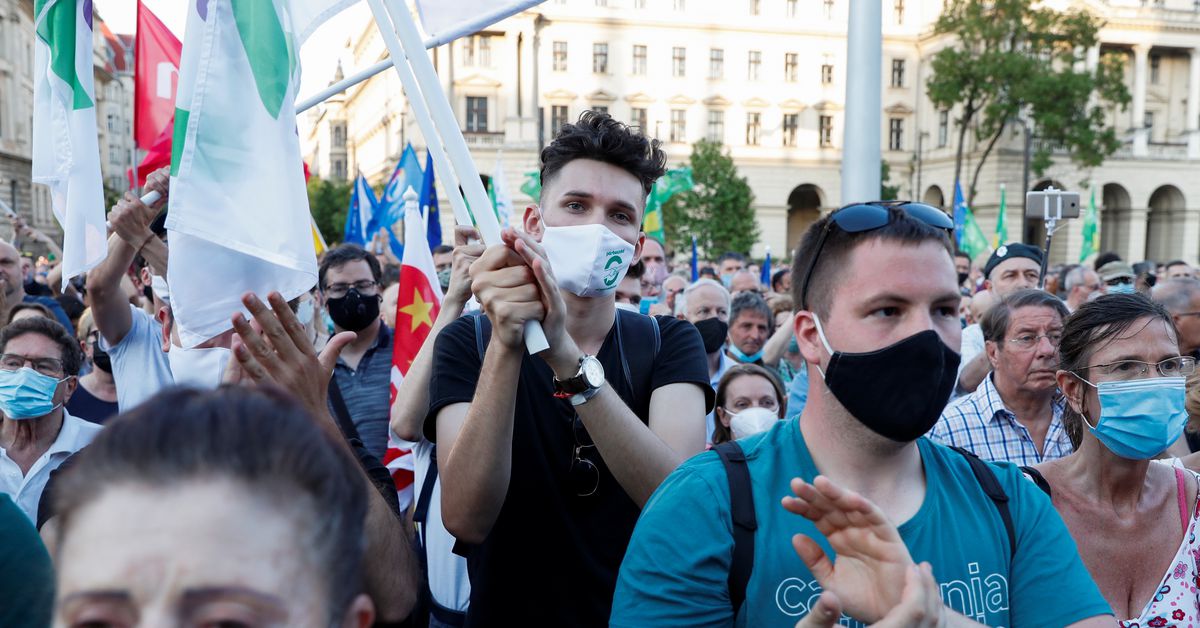 Hungary has abandoned plans to build a Chinese university in the capital, Budapest, after thousands took to the streets over the weekend, accusing the government of coziness towards Beijing, sparking an angry Chinese response.

Opponents of nationalist Prime Minister Viktor Orban fear that the planned $ 2 billion campus could undermine the quality of higher education and help Beijing increase its influence in Hungary and the European Union. Read more

Orbán’s senior aide said the university was not even in the planning phase late Sunday, and once the plan takes shape, in early 2023, it could be put to a referendum.

“Once the terms of the project are known, we are supporting a referendum in Budapest to decide whether locals want Fudan University here,” Gergely Gulias, Orban’s chief of staff, told the provincial Mandiner news website late Sunday.

According to media reports, the government was ready to pay for the Chinese loan for the construction of the first campus of Fudan University in Europe. The campus will replace the planned local residential area for students.

Public support for the campus is low, according to a public opinion poll conducted last month, and Orban’s ruling Fidesz party has little support in Budapest, so a referendum could be held against the project.

Orban and Fidesz face their first competitive election next year after three consecutive landslides since 2010. Opposition parties have joined forces for the first time against Fidesz and caught up with them in opinion polls.

Political observers say Orban may decide to devote his time to Fudan and return to the idea after the election.

“A distinctive feature of Fidesz is to take two steps back to wait until the problem loses political steam, and then try again when it is more convenient politically,” said Political Capital analyst Peter Kreko.

Orban has previously abandoned unpopular projects, such as a tax on Internet traffic, a separate administrative judiciary and plans to privatize the marinas of Lake Balaton.

Gergeli Karazoni, Budapest’s opposition mayor and a major contender to challenge Orban in next year’s elections, said on Saturday that the university protest was a symbol of Hungarians rejecting firm government decisions.

“Even though we are divided in the world on human rights … we really just don’t want a Chinese elite school built at the expense of Hungarian taxpayers,” Karachoni told Saturday’s rally.

A spokesman for the Chinese embassy in Hungary, who did not give his name, criticized Karachoni’s comments on the embassy’s Facebook page.

It is indecent to criticize the internal affairs of another country in broad daylight, especially when I heard some key words in his speech, such as “Tiananmen Square protests”, “democracy”, “human rights” and “values”, the official said. face.

The Chinese embassy said it would ask Reuters questions about a planned referendum in Fudan at a later stage.