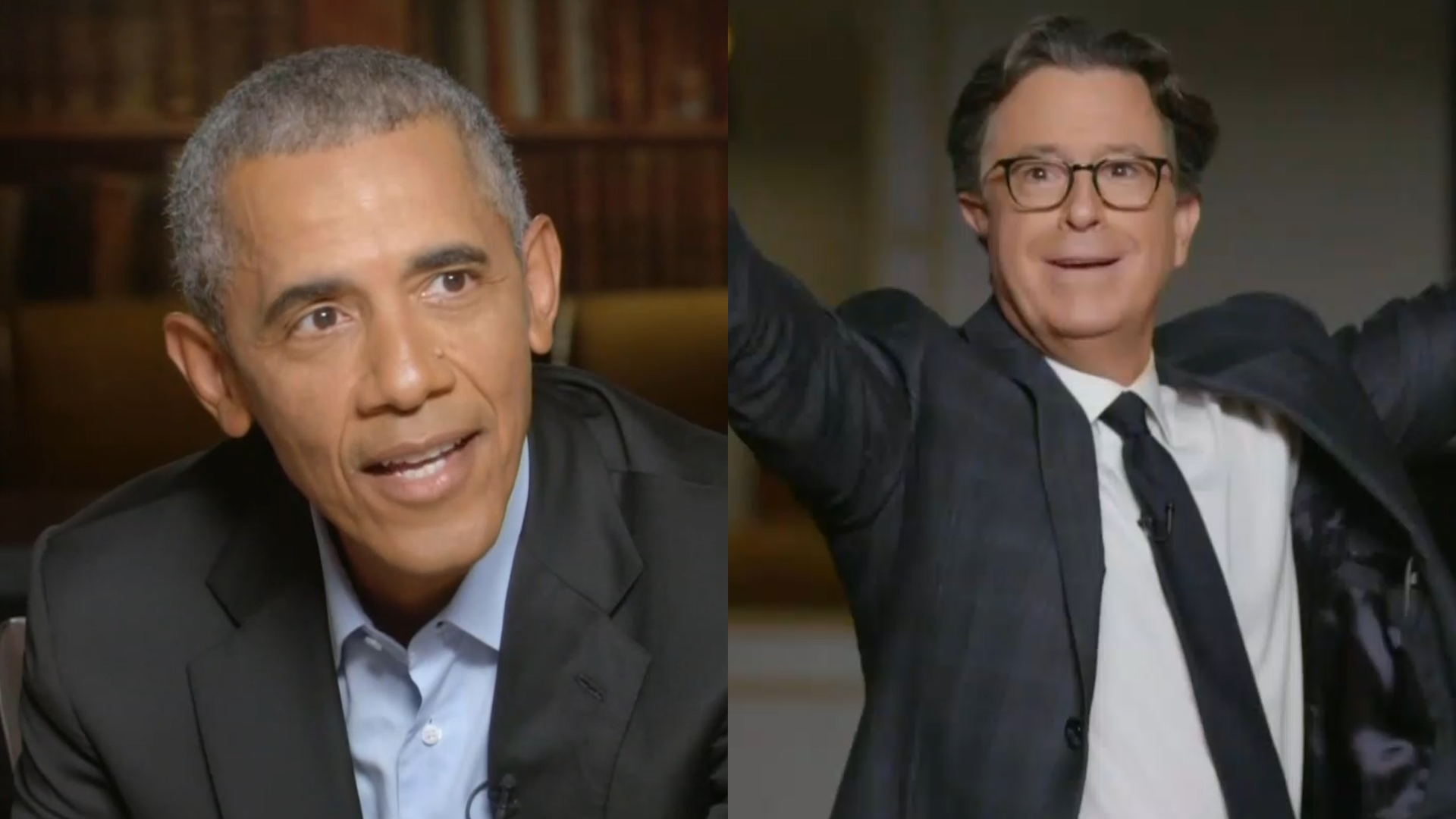 Making another stop on the promotional tour for his new book, Promised land, former President Barack Obama has joined The late show with Stephen Colbert Tuesday night, when Colbert challenged him to a wastebasket game. Colbert even came up with an idea to make it more interesting: If Colbert wanted to win, Obama would have to mention him in his next book. If Obama wins, Colbert will donate money to the Obama presidential library.

Obama was both trembling and overconfident. At first he wondered if Colbert had spent a whole month training, but when Colbert asked Obama if he would like to train, Obama replied, “I don’t need training photos. Against you?”

Obama also commented on the fact that Colbert̵

7;s paper balls were wrapped tighter than those left for him.

But eventually they started firing. Just days before the election, Obama made headlines to suck three points as he campaigned for President-elect Joe Biden, then left, saying, “That’s what I’m doing.” But that’s not what he did that day.

Colbert took the lead. After making his third, while Obama has not yet done, Colbert imitated Obama, saying, “This is what I do. This is what I do. “After Colbert went up 4-0, Obama admitted, ‘Colbert, I’m crushing.'” .

WOOOOOOO! Colbert stood up and shouted. “I didn’t even hit anyone,” Obama said, face to face. “How will I live this down?”

Obama had another shot to try to save a small face, but it exceeded the trash can.

Colbert then ended the interview by thanking Obama for being president and giving him a thumbs up from Obama.

Watch Rudy Giuliani admit to exaggerated allegations of voter fraud after saying that Detroit has more voters than citizens:

Larry King, the legendary American television and radio presenter, has died at the age of 87 – RT USA News