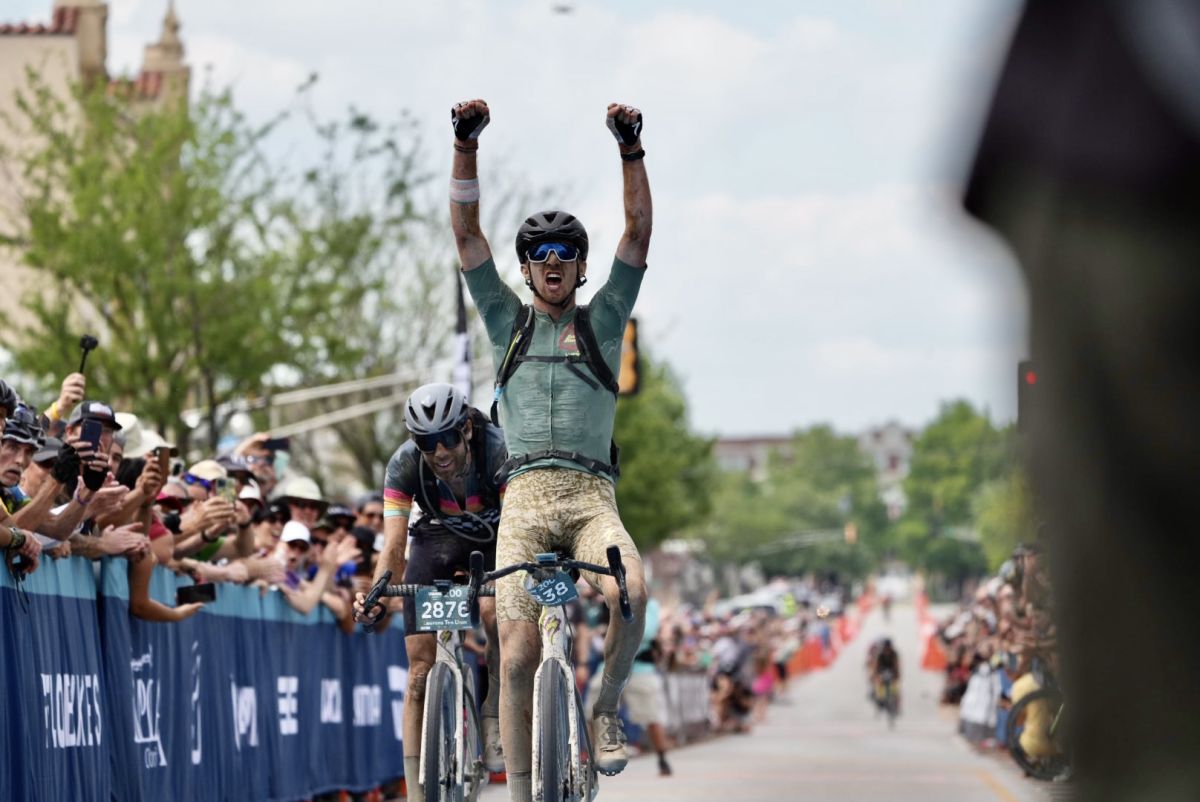 American Ian Boswell used a locomotive-like jump in power in closing meters to drive Dutchman Lawrence to ten dams on the line and win the Unbound Gravel 200 on Saturday. The duo was part of a declining lead group that included seven riders in the middle of the race, and the remaining 10 miles were reduced to a double-decker train working together in a strong wind.

Boswell, who retired from professional cycling to work full-time at Wahoo Fitness, said he had not trained much leading up to the race. He won a surprise victory in his first appearance at the Emporia event, Kansas and took over as king of gravel.

“Honestly, it’s just a surprise,” Boswell told reporters in the final about his immediate response. “I haven’t won a bike race in a long time. I mean, just keep making divisions, and for the last 10 miles I knew it was going to be between Lawrence and me.

“This is my first time here and I would not say that I am insufficiently prepared, but I am a little prepared, I have less expectations of myself. Yes, man, I couldn’t make it to the final with a better person to sprint against. We’re both a little slow in the sprints, but it’s pretty amazing. “

Ten Dam, who recently won Gravel Locos, has the same time on the line. Third place was also decided in a sprint in the then narrow finishing chute in the center of Emporia, Stetina took third place and King fourth. Defending champion Colin Strickland (Meteor X Giordana), who received a flat tire earlier in the race, finished fifth.

“I think the biggest thing was just no expectations,” Boswell added. “I did come here to perform, but there is no pressure. And in the beginning I was lucky, all these technical sections I was the last person to do it every time. I’m not ready to take risks like other people. “

At the finish line, Boswell likened his victory to a country song by Toby Keith, which included a chorus of, “I’m not as good as I used to be, but I’m as good as I ever was.”

In the middle of a 206.8-mile dirty adventure in Flint Hills, Kansas, a lead group of seven formed as they raced across Little Egypt Road, the same spot in 2019 where another significant break was held to keep pace.

In a neutral water oasis near Alta Vista at mile 125.2, Marcott was dropped from the group and later Carpenter.

Boswell, King, and Ten Dams entered the second town together at a checkpoint in Council Grove, but did not seem in a hurry, as they allowed Strickland and Stetina, who were in sight, to join the group. The five had built a 17-minute lead over a chasing group of four – Carpenter, Reed Foster, Dennis Van Winden and Jeremiah Bishop.

The battle intensified as a steady headwind slowed the pace just below the hot, midwestern sun. Stetina was the first to attack, using an aerodynamic position to push the wind close to mile 185, opening a gap as she rode past Cahola Dam.

The solo mission to Emporia lasted only a few miles, as Boswell, King, and Ten Dams worked together in the strong wind to catch, then passed Stetina, who didn’t seem to have enough strength to grab a bike and follow.

With King no longer involved in the battle with the remaining 10 miles, Boswell and the Ten Dams evaporated in a strong wind toward the final in downtown Emporia. King contacted Stetina, riding almost a minute down, but only lost ground, as did Strickland, inviting solo in fifth place.

“We said, well, we will go to the line together. It was a sprint with a headwind. I’m not a fast guy at all. I was on his bike, but I couldn’t get over it. It was one or two for Specialized and I told him that at least I had won my age group, ”said Ten Fin, 10 years older than Boswell, after the final.