Immunotherapies could change how kidney cancer is treated, study shows 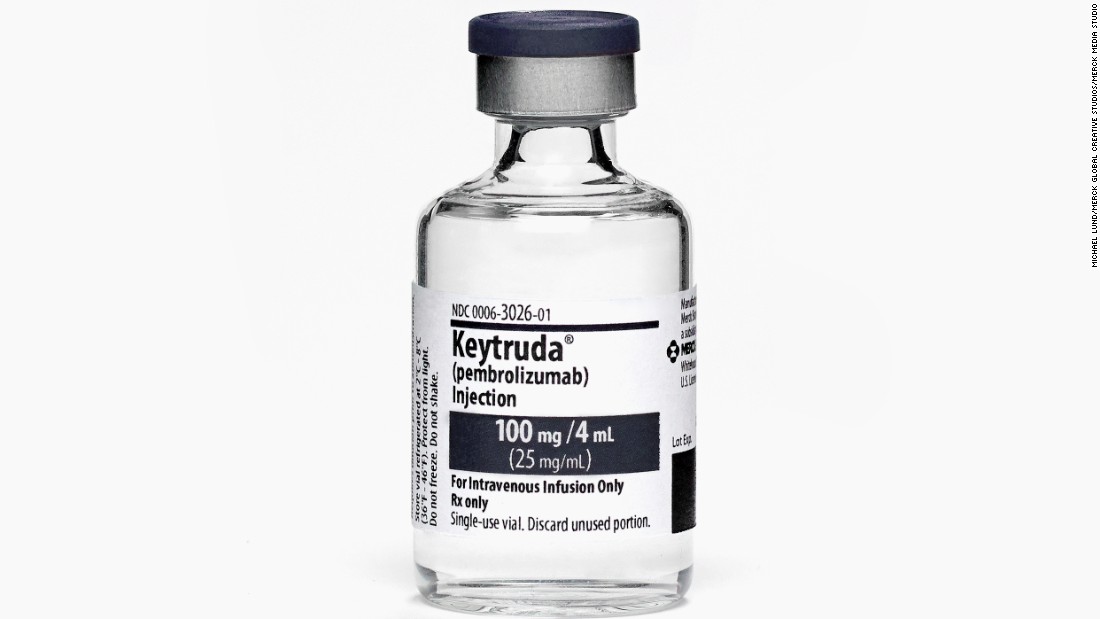 "This is a proof of principle that we can do this if the drugs are in the same class and tolerated when combined," said Dr. Toni Choueiri, director of the Lank Center for Genitourinary Oncology at the Dana-Farber Cancer Institute and a professor of medicine at Harvard Medical School in Boston, who was the senior author of the avelumab study.

New immunotherapies have revolutionized many, many tumors, he said.

Immunotherapy is a treatment approach that harnesses certain parts of the body's own immune system to target and attack a disease such as cancer. This approach can come in many forms – vaccines, antibodies or cellular therapies, or drugs ̵1; and can be administered through injections, pills or capsules, topical ointments or creams, or a catheter

An immunotherapy can also be combined with

The avelumab-axitinib study involved 886 renal cell cancer patients. Among them, 442 received avelumab plus axitinib as treatment, and 444 received the chemotherapy drug sunitinib, or Sutent, a first-line treatment for advanced renal cell cancer

The study showed that the average progression-free survival was 13.8 additional months of life in patients treated with avelumab plus axitinib, compared with 7.2 months among those treated with sunitinib

The pembrolizumab-axitinib study involved 861 renal cell cancer patients. Among them, 432 received pembrolizumab intravenously plus axitinib as treatment, and 429 received sunitinib.

The percentage of patients who were alive was 89.9% the pembrolizumab-axitinib group, compared with 78.3% in the sunitinib group.

Those study results "will completely change the standard of care for this disease." What was seen is the truly unprecedented results, both in terms of overall survival benefits the lowest risk ratio, meaning the most benefit that's ever seen in kidney cancer, "said Dr. Brian Rini, an oncologist at the Cleveland Clinic and a professor of medicine at Case Western Reserve University in Cleveland, who was the first author of the pembrolizumab study

"We measure efficacy of cancer drugs in many different ways – patients living longer , first and foremost – but other measures as well, and across all these measures, this combination was superior to sunitinib, "he said.

In both studies, the limitations and side effects of the combination therapy were what would be expected if either immunotherapy or targeted therapy were administered individually. Side effects with immunotherapy may include influenza-like symptoms, diarrhea or risk of infection. Side effects with targeted cancer therapies can include diarrhea, high blood pressure, thyroid problems, or liver problems, such as hepatitis and elevated liver enzymes
"These are not easy treatments to tolerate. J. Leonard Lichtenfeld, interim chief medical officer at the American Cancer Society, who was not involved in either study.

"We have learned from other studies, not in kidney cancer but in other studies, when we start combining some Of these treatments, the side effects can be substantial, and that in itself can be a problem, "said he said, adding that the addition of the immunotherapy drug has prolonged survival longer than standard treatment. "Some would say that it was just a matter of a couple of months, and is that really an improvement, given the cost and side effects of the immunotherapy drugs?" patients long enough, "he said. "Can we see some patients who have remarkable improvement as a result of this treatment."

The combination treatments investigated in both studies are not yet approved by the US Food and Drug Administration for renal cell cancer, and the costs of treatments are not known. ] Yet the question remains: "Is this going to change the standard of care? Well, I think whether or not this changes the standard of care is going to be a matter of discussion among experts," Lichtenfeld said.

"I do not think this study is going to make an immediate difference overnight, but I suspect that over time, it will become a more standard treatment for metastatic or recurrent renal cell carcinoma – kidney cancer."

Dr. Bernard Escudier, former chair of the genitourinary group of the Institut Gustave Roussy in Villejuif, France, wrote an editorial that accompanied the two studies in the New England Journal of Medicine
He noted that sunitinib became the standard of care for the renal cell cancer in 2007. Last year, the combination of two immunotherapies – nivolumab, or Opdivo, and ipilimumab, or Yervoy – were shown to have a better efficacy than sunitinib and became the new standard

Now, "it is noteworthy that these two trials had positive outcomes and demonstrated superiority over sunitinib in terms of progression-free survival and the objective response rate. The pembrolizumab trial also showed a benefit with respect to overall survival, "Escudier wrote. "Both combinations are expected to become new standards of care and be incorporated into future guidelines."

Experts in the field continue to take a close look at not only new studies but how immunotherapies overall are influencing treatment approaches. 19659025]
Source link