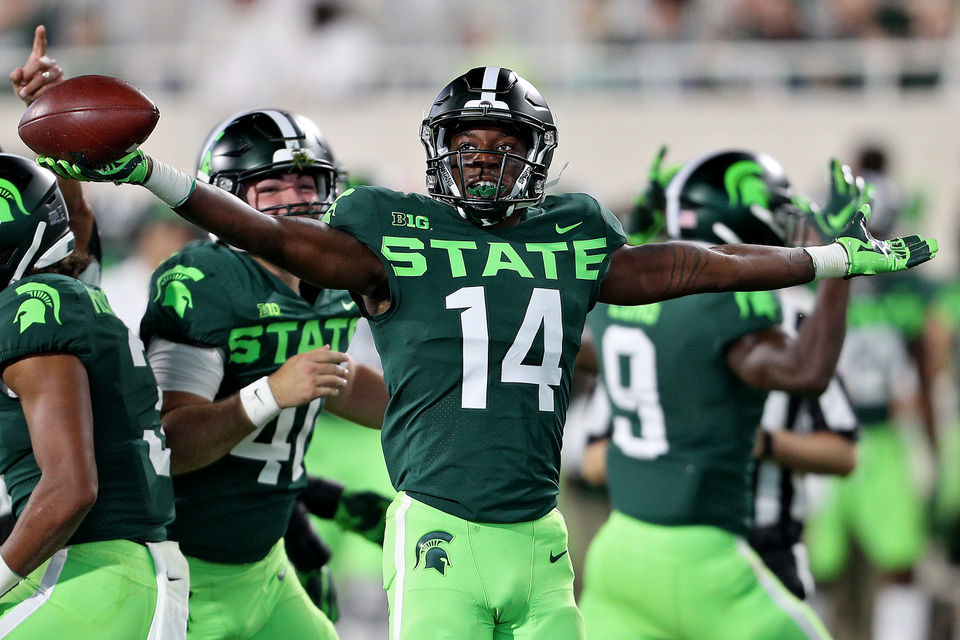 Brian Luerke became one of the best performances of his career while looking very sharp. The fifth senior finished 23-for-32 passing for 31

4 yards, three touchdowns and an interception. He threw the ball at speed, delivered explosive games that the offense lacked, and commanded the offense well. Lewerke had no run, but it didn't matter as he did more than enough with his hand. He even had receptions in 17 yards when playing tricks. Degree: A-

Redshirt freshman Elijah Collins had 17 carries for 192 yards for a breakthrough in his first career start while breathing in the much needed life of a running game. He finished with the second-fastest yardage for a freshman, returning to program history, trailing only 194 yards on Jason Ringer's 2005 win over Illinois. La. Darius Jefferson had five carries for only nine yards, but scored a pair of touchdowns while Alante Thomas had a touchdown. True freshman Anthony Williams Jr. made his career debut with six carries for 35 yards while Connor Hayward had three carries for 13 yards. Class: A

Fifth-year Darrel Stewart, Jr., finished with 10 catches for a career-high 185 yards and a break. That helped soften the blow of news that receiver Jalen Nylor is out with a lower-leg injury, which he received in practice, though Dantonio said he expects the sophomore to return this season. Cody White had five catches for 63 yards and with a touchdown and junior tight end Matt Dotson posted two receptions for 16 yards and a score. Degree: A-