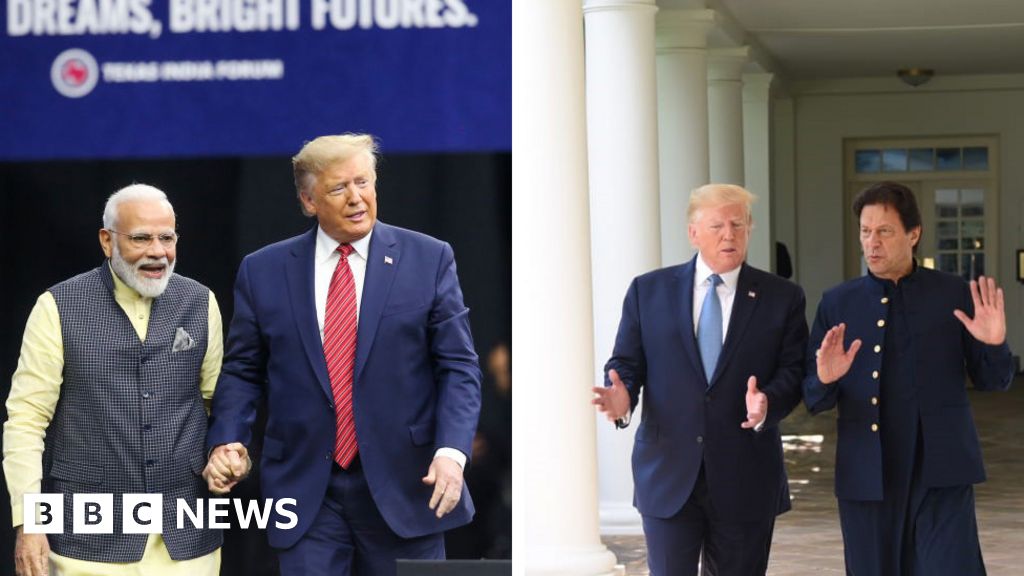 Does sharing a scene with the Prime Minister of India outweigh the warm interaction with the leader of Pakistan?

This is the question many have asked since the interaction of US President Donald Trump with the leaders of South Asian rivals.

He was on stage with Indian Prime Minister Narendra Modi when he accused Pakistan of being responsible for terrorist attacks in both the US and India.

The next day, Mr. Trump called himself a "friend" of Pakistan.

He further said that Pakistan's Prime Minister Imran Khan was a "great leader", spoke about his numerous Pakistani friends and continued to avoid questioning Mr. Modi's rhetoric against Pakistan, saying that Iran was "a number" one of terror in the world. "

Needless to say, this turn of events surprised many Indian social

Day Count indignant at the success of the shared rally between Mr Modi and Mr Trump in Texas, many have portrayed the event as yet another victory against Pakistan against India.

Memes showing disappointed and humiliated Imran Khan , were widely shared, and Twitter members called it koha "another surgical strike" against the country ̵

1; a reference to India's claim that a secret attack on fighters on Pakistani land has begun.

However, things have changed a lot since the last development.

] So, we organized an election rally for Trump, chanted his party slogans, pleaded for him to be re-elected, angry Democrats in the process, just to give him a bell-ring of Imran Khan and Pakistan's counter-terrorism efforts?

And in Pakistan, social media users praised Mr. Khan as they hit back at the Indians. The hashtags #ManOfPeaceImranKhan, #ImranKhanDoctrine and #Imrankhanforpeace were trending in Pakistan on Tuesday morning.

But what does Mr. Trump's interaction with the two leaders really mean?

Indian journalist Maha Sidiki tweeted that Trump "clearly tells India and Pakistan separately what they would like to hear, while clearly stating his focus on US troops and interest in Afghanistan."

Another senior journalist and editor, Shekhar. stated: "Trump is Trump … wants his trade deal from India and help from Pakistan to Afghanistan. Of course, he wants Nobel, too. He does not "care about either the state or the leader. But there is a clear hierarchy in relations with the two countries. I think India / Modi will accept it."