In photos: Hajj in the shadow of a coronavirus Saudi Arabia 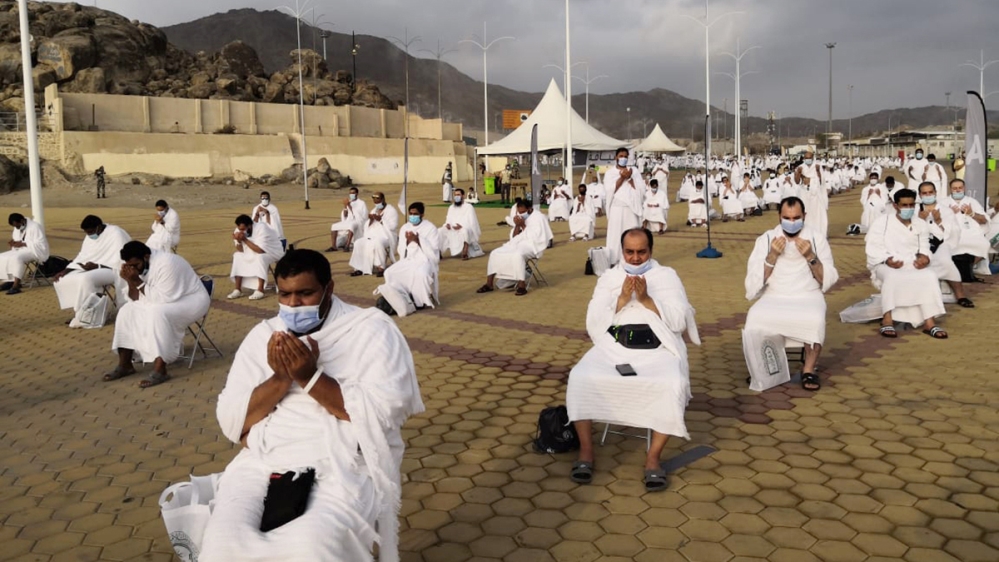 In the years before the coronavirus, some three million white-clad worshipers from around the world flocked to the holiest sites of Islam to attend a hajj under the setting sun of Saudi Arabia.

When a pandemic makes large gatherings impossible, only a few thousand pilgrims – Saudis and foreigners in the kingdom – are allowed to gather this year on Mount Mercy in the plains of Arafat for the most important ritual. They share a common legal basis.

“Everyone will pray for this pandemic to end and for all people around the world to see better months after all the suffering caused by the coronavirus,” said Ammar Khaled, a 29-year-old Indian devotee who is an IT professional in Jeddah.

Over the years, the kingdom has spent billions of dollars to make one of the world’s largest religious councils safer.

This year, he faces the challenge of keeping the Hajj, a lifelong able-bodied Muslim who can afford it and a major source of income for the government, safe from COVID-19.

For the first time in modern history, it has drastically reduced the number of pilgrims to ensure compliance with social distancing measures.

The Hajj minister said the number of worshipers would be limited to about 1,000 in June, but no official number was given for those performing the rituals this week. Some local media quoted a figure of about 10,000.

Saudi health and security professionals in the first lines of the fight against the disease make up about 30 percent of the total, and the rest come from 160 nationalities residing in the kingdom.

Masked worshipers toured the Kaaba – a stone structure that is most sacred in Islam and the direction Muslims face to pray – in small groups of 50 people, each keeping a safe distance and accompanied by a medical professional who monitors his movement.

Unlike in previous years, when they headed for the Kaaba, pilgrims were not allowed to touch the ordinary stone building with cubes, covered with black cloth and wrapped in an Arabic inscription on golden silk.

Workers rehabilitated the structure by rubbing Oud perfume, the popular Arabic sweet and woody scent, on its walls and carrying incense as they moved around the Grand Mosque.

The floors of the mosque were rubbed 10 times a day, compared to three times in the past.