In the op-ed of the New York Times, Scorsese explains why he doesn't think the MCU is a movie. 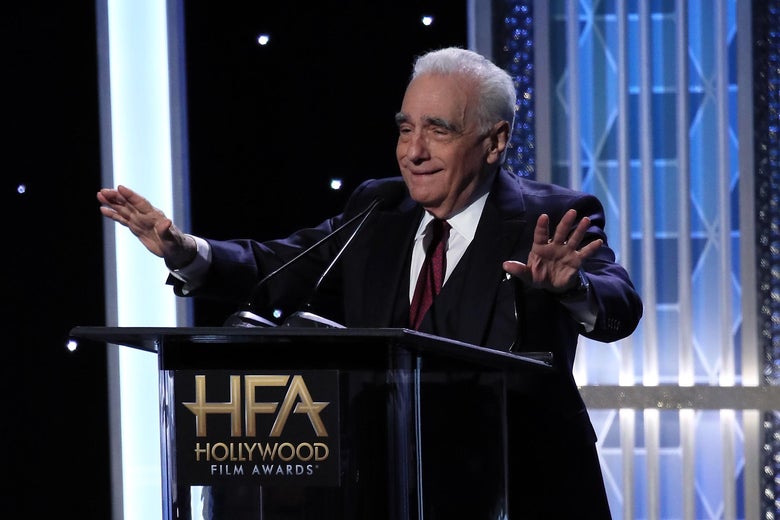 Since the beginning of October, the movie world has been arguing about Martin Scorsese's thoughts on Marvel films, based on a brief response he gave to Empire magazine, in which he compared the films to theme parks, said he did not consider them cinemas. The discussion had a certain amount of cremology: Scorsese said just a few words about the subject, leaving more room for projection than for the movie palace, and so many different questions were confused in the answers by both Scorsese New Hollywood peers and Marvel fans and creators. On Monday, Scorsese published an op-ed in the New York Times, telling exactly what he was trying to say. It's a beautifully written, melancholy look at the state of the industry, and while it's unlikely to change many minds, it should reduce the number of people talking to each other. Read it, read it, read it.

This is a generous essay in one sense: Scorsese goes out of his way to admit that taste is not in dispute, as long as he can imagine that if he was born later, he could imagine films on Marvel. He also questioned his own taste as a young man, admitting that some of his favorite films ̵

1; notably Alfred Hitchcock's – promised and delivered some of the same theme park, excite Marvel traffic. But he thinks Marvel is different and he's showing his work, moving back from "I'm not comfortable watching these movies" to the industrial processes that produced them.

Many of the elements that define cinema, as far as I know it, are in Marvel paintings. What is missing is revelation, mystery or real emotional danger. Nothing is at stake. The photos are designed to meet a specific set of requirements and are designed as variations on a limited number of topics.

They are sequels by name, but they are remakes in spirit and everything in them is officially sanctioned, because there really is no other way. This is the essence of modern movie franchises: market-tested, audience-tested, verified, modified, lined and remodeled until ready for consumption.

Revelation, mystery, and true emotional danger are where you find them, but it's hard to argue with the way Scorsese characterizes Marvel films as custom-made business endeavors. You can say the same about the vast majority of the Hollywood product, but Scorsese also explains why it not only allows people to like things: The scale and cost of a Marvel movie requires it to be played on as many screens as possible, there are a limited number of movie theaters and the ensuing crisis diverts other types of films – those that Scorsese likes to watch and make, for example – for streaming and home video. This is real something that happens, it's different from "I don't like to watch superhero movies" and is something we should be able to talk about without going into the debate about whether there is a line between "world audiovisual entertainment" and "Cinema" and if so, where to draw it. (It is also different from "I wanted Irishman to play in more theaters," as he explains.) To be clear, Scorsese does not back down from the argumentative part of this, and this makes Disney dead of rights, having Consider the way they block the Fox Library:

… there are some in the business with absolute indifference to the very issue of art and attitude to the history of cinema, which is both a dismissive and patented – deadly combination.

The debate over whether Hollywood studios make good films is currently raging since 1911 and will not end soon. But going forward, at least we have some clarity on what Scorsese thinks of Marvel movies.