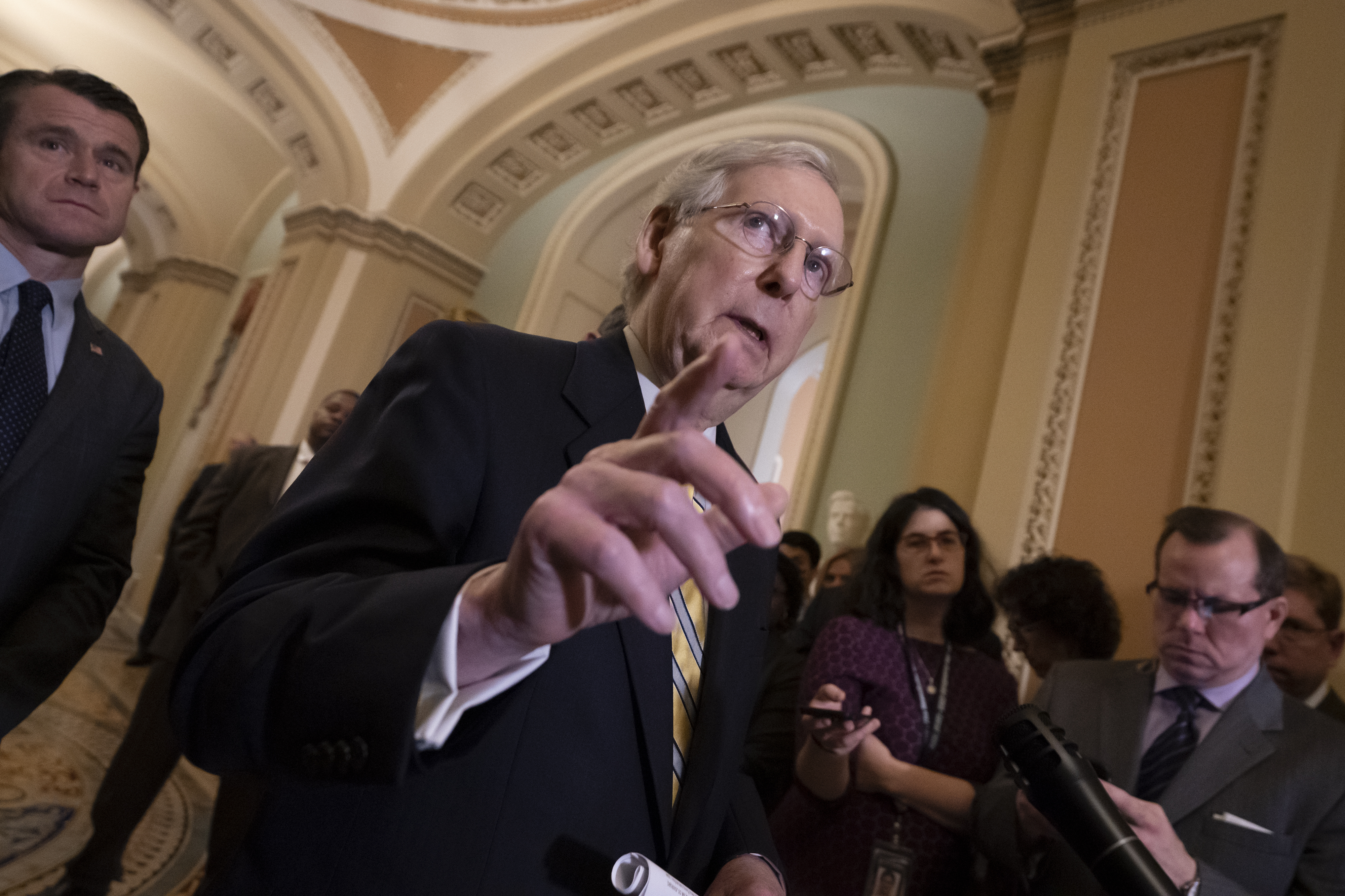 "I am proud of the financial services and the government bill includes a bipartisan amendment providing another $ 250 million from the administration. to help states improve their defenses and strengthen their voting systems, "McConnell said. "I am proud to have helped to draft this amendment and we are sponsoring it in committee."

"This will bring our overall security distribution of elections – listen to it – to over $ 600 million after fiscal 2008," he added he.

Democrats welcomed the news but said more needs to be done.

1; said Schumer (DN.Y.) at the Senate stage . "I made unanticipated speeches in this chair, and the Republican leader denied the need. But now, thank God, he saw the light. We need more money for election security; ask election representatives, Democrats or Republicans, nationwide. "

The Senate Appropriations Committee, agreed by a two-vote vote Thursday, to add $ 250 million in election grants to a spending bill covering financial services and government operations.

Final figure should to be negotiated with the House, which approved $ 600 million, and compromise legislation will have to be passed by both chambers.

In August 2018, Senate Republicans voted to direct an additional $ 250 million to election Before that time, only one Republican, Sen. Bob Corker (Tenn.), voted in favor of the additional funds.

McConnell defended Republican s moves to block bills by arguing that Congress and the administration Trump have already taken steps to combat foreign interference. Last year, for example, Congress approved $ 380 million to improve election security systems. The Senate also passed legislation to prohibit people who ran in the US election from obtaining visas to enter the United States.

The legislation passed by the law, he added, has "strings" in its funding and is "an election reform bill designed to look like electoral security." "

Current and former Trump administration officials continue to worry that more needs to be done: In his testimony to Congress in July, former Special Counsel Robert S. Mueller III warned that efforts to interfere in foreign elections were happening "While we're sitting" in the listening rooms.

On Thursday, Schumer touched on these exhortations, noting that lawmakers "have been occasionally warned by our national security leaders – almost all Republicans nominated by President Trump – that China and, of course, Russia are potential threats through 2020 "

"We know that the Russian government interfered in the 2016 presidential election, directed our election infrastructure … This problem was not isolated until 2016, and we cannot complain now," Senator Patrick J. said. Leahy (Vt.), The best Democrat in the panel, led by Senator Richard K. Shelby (R-Ala.).

" This is a sign that even Mitch McConnell thinks this is a serious problem, "Rosenbach said in an interview, attributing this move to less than pressure from Democratic MPs rather than what he described as the clear fact that national electoral infrastructure is not sustainable enough. "Even McConnell must leave politics aside and do what is right for the country."

Meanwhile McConnell too and that the administration Trump "has made great strides to help countries ensure elections without giving Washington new power to push the countries around. "

" So we continued the progress we saw in 2018, and that is exactly what we are doing, "he said in a note on the floor. "Exactly this kind of positive result is possible when we stop posing for the press and let President Shelby and Senator Liehi hold a two-party process on the committee."

Sen. James Lankford (R-Okla.) Offered a note of caution, noting that much of the money made available to states in 2018 remains unspent, arguing that more oversight is needed. "We just give the government money and are happy to take it, but we don't even need to spend it at this point," says Lankford, who sits on the Committee on Budgets.

The Money That Was Thomas Hicks, Head of the US Electoral Assistance Commission.

"Most of them have spent it on cybersecurity and new voting equipment," and we need more, "Hicks said Tuesday at a symposium organized by the Federal Election Commission on digital misinformation and threats to democracy.

Isaac Stanley-Becker and Paul Kane contributed to this report.