India and China face the border again as troops move 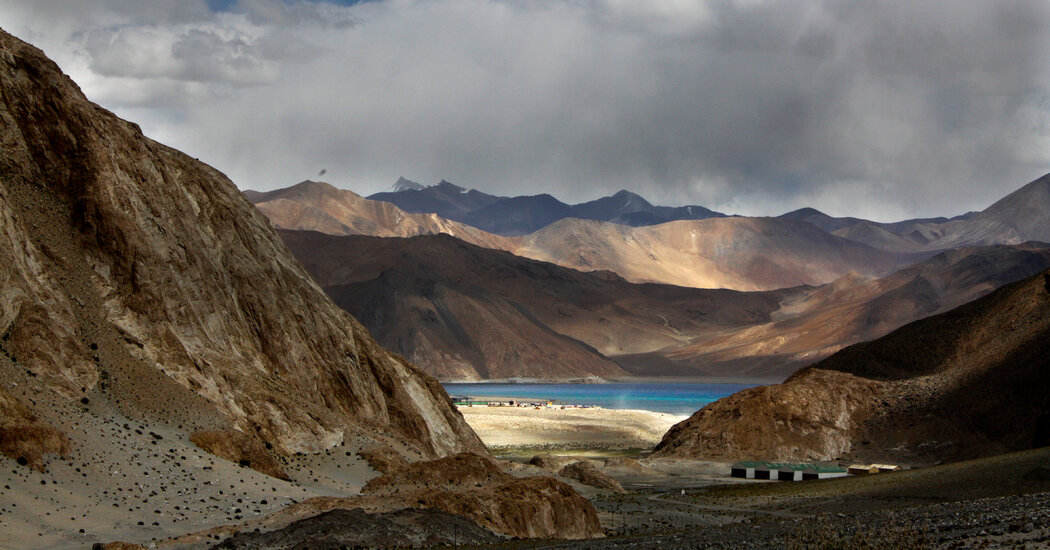 NEW DELHI – Indian and Chinese troops have re-locked their horns along their disputed border, Indian authorities said Monday, signaling that deadly tensions erupted in June between the world’s two most populous countries will not go away.

In a brief and somewhat enigmatic statement, India’s defense ministry said the Chinese military had “broken the previous consensus” and “carried out provocative military movements” near Lake Pangong Tso, in the remote Ladakh region.

Indian military officials and security analysts say Chinese troops landed a few days ago on the south side of the lake, which is traditionally considered Indian territory, a move the Indians see as the latest example of Chinese aggression in a long series of provocations.

This move caused conflict and then rapid accumulation. Troops on both sides shouted at each other and rushed within a yard or two before the commanding officers on both sides tore them apart. No blows were fired and no one was injured, analysts say, and the incident was much less severe than the vicious cholera fight that erupted in June in roughly the same area when 20 Indian soldiers and an unknown number of Chinese troops were killed.

But China was adamant that it had done nothing wrong. Chinese troops respect the border known as the Line of De facto Control, said Zhao Lijiang, a spokesman for the Chinese Foreign Ministry, and Chinese troops “have never crossed the border.”

Senior Colonel Zhang Shuili, a spokesman for the People’s Liberation Army’s Western Theater Command, went further, accusing the Indian military of “outright provocation” and breaking the agreement reached between the two countries in the area by carrying out illegal raids.

“This action by the Indian side has seriously violated China’s territorial sovereignty and seriously damaged the peace and stability of the Sino-Indian border region,” said Colonel Zhang, according to Xinhua, China’s official agency. He called on India to withdraw its forces immediately and to “strictly control and limit the frontline troops”.

“Chinese troops are taking the necessary measures in response and will closely monitor developments,” he said.

The problem seems to reflect that despite all the diplomatic activity between the two countries and the ongoing meetings between Chinese and Indian generals, the border remains a harsh point of ignition in an increasingly nationalist era.

Neither side is backing down. Both countries are ruled by dominant nationalist leaders – in the case of India, Prime Minister Narendra Modi, and in China, President Xi Jinping.

Each nation has sent thousands of reinforcements, backed by all the tools of modern warfare – tanks, artillery, helicopters and fighter jets. And no third country has become a peacemaker to ease tensions.

In June, north of the area, the worst clash between the two nations in decades erupted. High in the mountains, in the rocky and isolated Galvan Valley, hundreds of soldiers raged against each other with stones, sticks, sticks and bare fists. Indian authorities say Chinese soldiers have even used specially made iron sticks with spikes welded to their tips to inflict maximum damage.

China has never specified its casualties, but Western intelligence officials have estimated that China may have lost about 20 troops.

For more than half a century, this border has been a painful place. In 1962, the two Asian giants waged a brief war for this same lifeless land. China has won and snatched a piece that India still claims.

Although the border was never demarcated, the two sides eventually drafted protocols on how to patrol it, advising their troops not to shoot at each other. This prevented an occasional border confrontation or dispute from turning into a deadly one, until the huge brawl in June.

On Monday, the Indian media took action, broadcasting wall-to-wall television coverage and raising linguistic sentiments. Maps broadcast by Indian channels show two lines crossing Pangong Tso Lake – one to the east, which India says is the border, and one a few miles to the west, which China claims.

“The Chinese are playing their usual game of surprise and deception,” said Brahma Celani, a professor of strategic research at the New Delhi-based Center for Political Studies. “They opened a new front.”

Residents of Ladakh, a mountainous region historically linked to Tibet, said Indian troops had closed one of the region’s main highways – again – and that convoys of troops were blocking windy roads on their way to the border.

Ladahi has complained for years that Chinese troops are constantly gnawing at Indian territory, seizing high-altitude pastures and blocking traditional pastoral roads, and that the Indian army knows about it and is doing nothing.

The Indian army is less advanced than the Chinese, and India is trying to follow a thin line, sounding firm but not retaliating on Chinese territory or doing something that could provoke a major conflict against a superior armed enemy.

“The military option to deal with the Chinese army’s transgressions in Ladakh has been included, but it will only be implemented if military and diplomatic talks fail,” General Bipin Rawat, the Indian army chief, said earlier this month.

Indian analysts say the Chinese are stepping up their campaign to change the facts on Lake Pangong Tso. Until recently, it was a major tourist attraction in India, with visitors flocking to the lake in the summer to admire the many shades of blue reflected in its cold waters.

Now tourists are not allowed to come even close. In the last few months, analysts say, the Chinese have built watchtowers, fortified bunkers and two new marinas.

“The Indian army has lost face in meetings with the PLA so far,” he said. “So it will be decided twice not to take more nonsense from the Chinese.”

Whether a major war will break out is “the PLA’s call,” he said, and “the Indian government’s cautious passive-defensive way of thinking does not help.”