Insurance access is only one part of the inequality of our health care system. 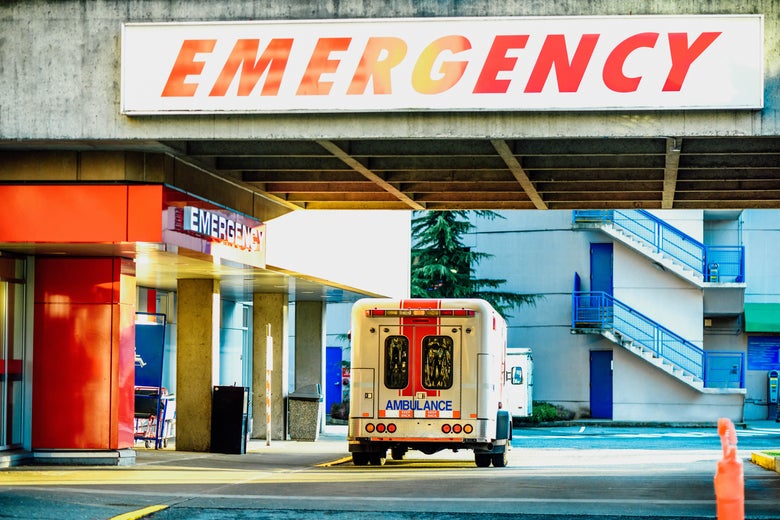 I race up the hospital stairs, skipping the last one while rushing to the emergency room. The patient is a 10-year-old boy living in public housing in Haarlem. As usual, I begin by collecting the patient's history, this time from his mother; she pulls her coat around and answers my questions in an almost rehearsed voice. It is clear that she has been here many times before. This is the third time the patient has entered the ED for acute asthma exacerbation in the last year. He is a little small for his age, with a baggy Yankee shirt that drags over his knees.

I already know how this story will play out. Asthma affects about 1 in 12 American children, but the child's demographics go a long way in predicting the severity of the disease and even survival. I can predict from the place where my patient lives that his asthma will not be well controlled. I can predict, based on his socio-economic status, that he will have more ED visits and hospitalizations. Based on his race, I can predict that his likelihood of dying from asthma is much higher than it should be.

The United States is ranked 43rd in world life expectancy, one of the worst among developed countries (the infant mortality rate is even more abysmal, coming in at number 55, under countries like Cuba and Poland) . And yet, we spend more on healthcare than any other country in the world: We spend, on average, twice as much per person from other rich countries, while still experiencing worse outcomes. The problem with our health system, the reason we spend so much and still have so bad results, is that it is uneven.

When many people hear "inequality", they think of millions of people who are uninsured. This is certainly a critical issue, but it does not explain the poor and unequal outcomes among children. Thanks to programs such as Medicaid and the Children's Health Insurance Program, 95 percent of children actually have health insurance. So why is it possible to predict a child's healthy trajectory based solely on their race and socio-economic status?

The first contribution is the intersection of social conditions and health. In addition to high child mortality, the United States has one of the highest rates of childhood poverty in the developed world. Poverty directly affects health, especially for children. The rate of asthma is much higher in poorer urban areas, in part because of the unconventional housing conditions: mold and water leakage, as well as droppings of cockroaches and rodents, are major asthma antigens. In a rat-infested public housing structure in Boston with high levels of asthma, housing officials began a health pest initiative aimed at reducing the number of rodents and cockroaches in public housing. The rate of asthma dropped by almost 50 percent over a four-year period (in this case, the decline is thought to be related to both reduced pests and reduced pesticide use in the building). Improving living conditions alone would reduce the rate of asthma and other childhood illnesses such as respiratory infections. In addition, studies continue to show that early-life health differences lead to an increase in the disease and a shorter life expectancy in adulthood. Thus, low socioeconomic status and inequality in infancy affect the health of the individual throughout his or her life beyond childhood.

Secondly, we must admit that we have a two-tier healthcare system. Even among the insured, the type of insurance you have determines which clinics, medicines, and specialist you have access to. Many children with asthma end up in clinics with fewer resources, which leaves them overcrowded and undervalued. Higher resource clinics with pulmonologists, specialist asthma clinics, and supportive care (such as nutritionists and social workers) tend to congregate in richer areas, despite the fact that the incidence of asthma is higher in poorer neighborhoods . In fact, children with public insurance have lower rates of drug use than the controller, a key factor in controlling asthma, with one study showing that nearly half of Medicaid-insured children with asthma reported no use of a controller.

Race is also a major predictor of results, with 2015 data showing that African-American children are four times more likely to be accepted for asthma and 10 times more likely to die from the disease than white children . Our healthcare system, as it depends on who can pay what, is divided by income and race. This means that the child's access to health care differs significantly from the postal code. It has created a apartheid medical system that is inherently unequal.

Even among the insured, the type of insurance you have determines which clinics, medicines, and subspecialists you have access to .

Although the political debate focuses on access to insurance, ie. if we really want to improve health outcomes in this country, the whole system must be restructured and inequalities must be overcome. Insurance – and what type of insurance you have – not only affects who gets coverage: It affects the way the whole system is set up. It is no longer enough for politicians to only discuss access to coverage – they need to discuss improving the whole system. A Medicare for All system would allow the entire healthcare system to be restructured. Under Medicare for All, all Americans would have the same insurance, thus getting rid of private insurance and the two-tier health care system that separates people based on the type of insurance they have.

This will allow the government to change the structure of payments so that physicians are encouraged to accept lower-income patients and improve outcomes. It would also allow for more preventative care and pediatric screening, key factors for identifying differences in infancy and pathogens. The Medicare for All versions also provide training for clinical practitioners in health disparities, while increasing funding to recruit more minority physicians. It is much more difficult to see how a public option, which is essentially an expansion of Medicare, which retains the private insurance model, would restructure the system sufficiently to address inequality. The public option would provide more patients coverage, but unless it is intended to bridge to a single-payer system, it would currently maintain the uneven two-tier system.

As a pediatrician, one of the most difficult aspects of my job is the fact that inequality often determines how a child will cope long before I meet them in the emergency room. I put the oxygen mask on my 10-year-old asthma patient, noticing that his long Yankee shirt had a small hole in it. I wonder how much older brothers wore it before he did. I know very little about his past and his life, but I can still predict so much about his future.