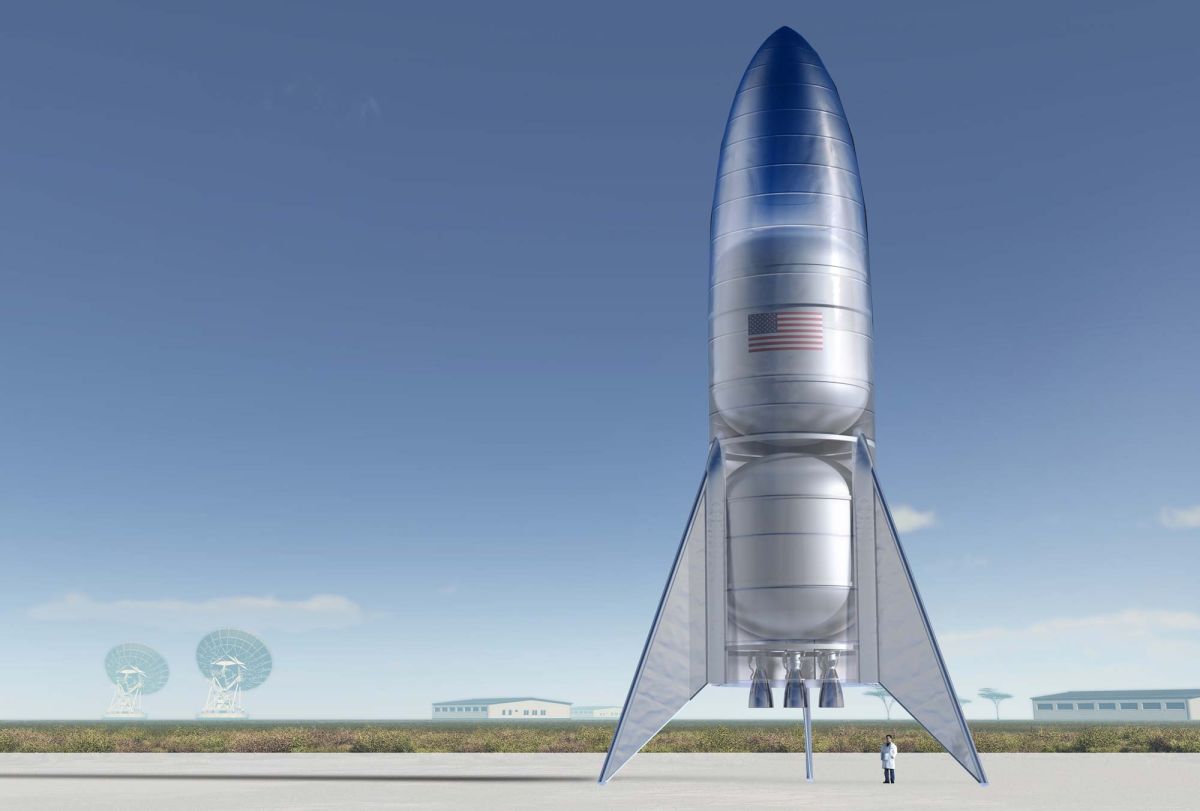 SpaceX continues to amaze in popularizing space exploration. Not only is it doing fantastic work in reaching and exploring space, shown by its efforts to transport supplies and astronauts to the International Space Station, it also flaunts retro exhibitions that capture the interest of people worldwide. Recently, Elon Musk – the CEO of SpaceX – released images and information on what he calls the "Starship" Hopper test rocket.

The prototype hopper was recently constructed in a project that will hopefully be used to help colonize Mars . Anyone who follows Musk will know that he is a keen advocate of going to Mars, and with scientists and engineers urging everyone to get behind a exploration mission that can take us to a whole new frontier, it is now becoming more of a reality than a dream. Starship and its huge first-stage booster, Super Heavy ̵

1; which together were formerly known as the Big Falcon Rocket (BFR) – could be the vehicles to undertake this important task. In order for Starship and Super Heavy to be successful, there are many things to take into account, and a lot of power needs to be exerted.

This is not just another 384,400-kilometer (238,855 miles) mission to the moon. This is going to be a journey more than 140 times longer. This means that there is enough food, supplies and protection from the harmful radiation of space to survive this journey, and even then there is the question of how much fuel is needed to break Earth's gravity and make it Mars. 19659002] Related: Watch SpaceX's Hopper Tests via South Texas Surf School

These are the reasons why a voyage to Mars is a struggle. But nothing good ever comes easy. SpaceX has shown extremely promising signs of improved space exploration with the introduction of reusable rockets, and now Musk has released the first images of the Starship prototype that will soon undergo short "hopping" excursions to test its feasibility. These vertical take-off and landing (VTOL) tests will be up to 5 kilometers (3 miles) above ground before landing back on Earth. The hopper prototype towers at a height of about 39 meters (128 feet) and has a diameter of 9 meters (30 feet), with a stainless steel exterior starting at its tip to its three rear "fins" that serve as its legs

Starship looks strikingly like something out of a 1950s science fiction comic book, and that's because it was modeled after one. Again, anyone who follows Musk will also know that he is a huge fan of cultural references in his SpaceX work. Back in February 2018, Musk tested the Falcon Heavy in the process launching one of his sister company's Tesla cars into an orbit around the sun.

In the case of Starship, the rocket was inspired by the 1954 adventure of comic- book hero Tintin in "Explorers on the Moon." Although Starship does not have the red-and-white checkered appearance of Tintin's racket, everything else is remarkably similar. This inspiration was confirmed by Musk at an event in September 2018, which he followed by saying: "If in doubt, go with Tintin."

Starship and Super Heavy will both use the powerful Raptor engine that SpaceX is still working on. It has been suggested that in June 2019 SpaceX will create the orbital prototype of Starship and connect it to the Super Heavy Booster for improved testing.

This project is sure to be an extremely exciting one to follow. Musk has outlined his ambitions to conduct two unmanned cargo missions to Mars by 2022, followed by a crewed trip around the moon and back as early as 2023 ; this last mission will carry 43-year-old Japanese billionaire Yusaku Maezawa. Then, by 2024, SpaceX could be ready to conduct crewed missions to Mars. This will provide the platform for creating settlements on Mars, and science fiction will become a firm reality. After that, the possibilities are endless. Could Mars Be the Answer to Problems on Earth?