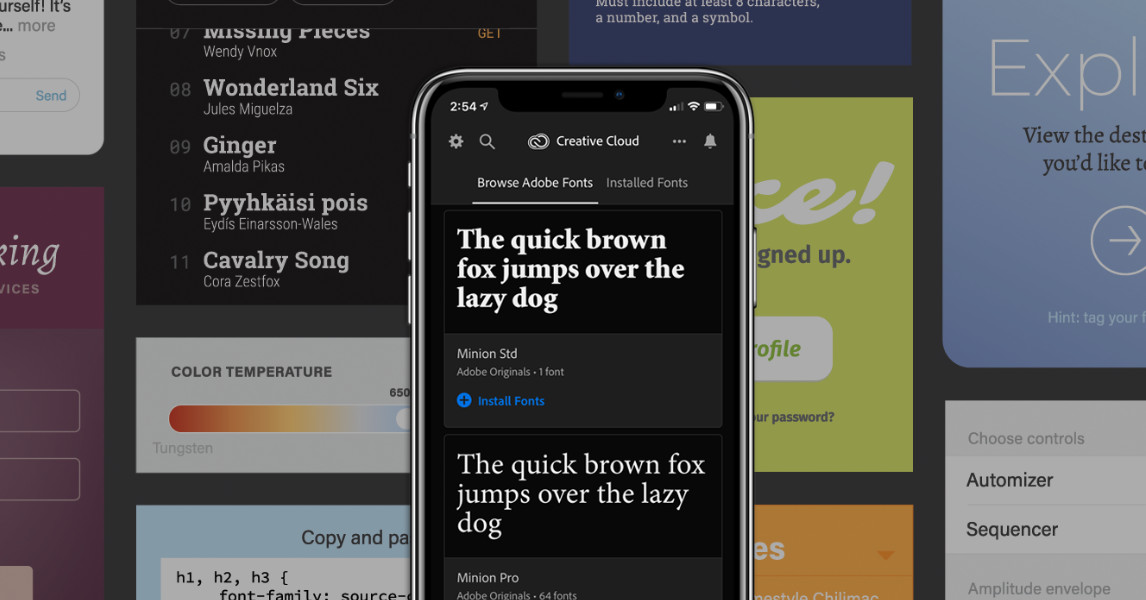 Adobe's Creative Cloud application brings thousands of new fonts to iOS and iPadOS today. Users can download the app to access 1300 free fonts, and Creative Cloud subscribers will get access to 17,000 fonts. Fonts can be used in iOS 13.1 and iPadOS 13.1 applications that support the Custom Fonts API.

Previously, installing a custom font on iOS devices was a painstaking multi-step process. Today's update, announced by Apple to come to WWDC earlier this year, is officially supported by one of the largest font libraries in the world. Users can search for fonts by name or filter them by styles such as serif, script and mono, among other things. All Creative Cloud fonts are cleaned for personal and commercial use, so users don't have to worry about licensing issues. The collection includes Typekit fonts that were renamed Adobe Fonts last year.

The update comes on the heels of Adobe's redesign of the Creative Cloud app on the desktop, which positions the app as a one-off. an application management and asset store such as brushes, stock images and fonts.