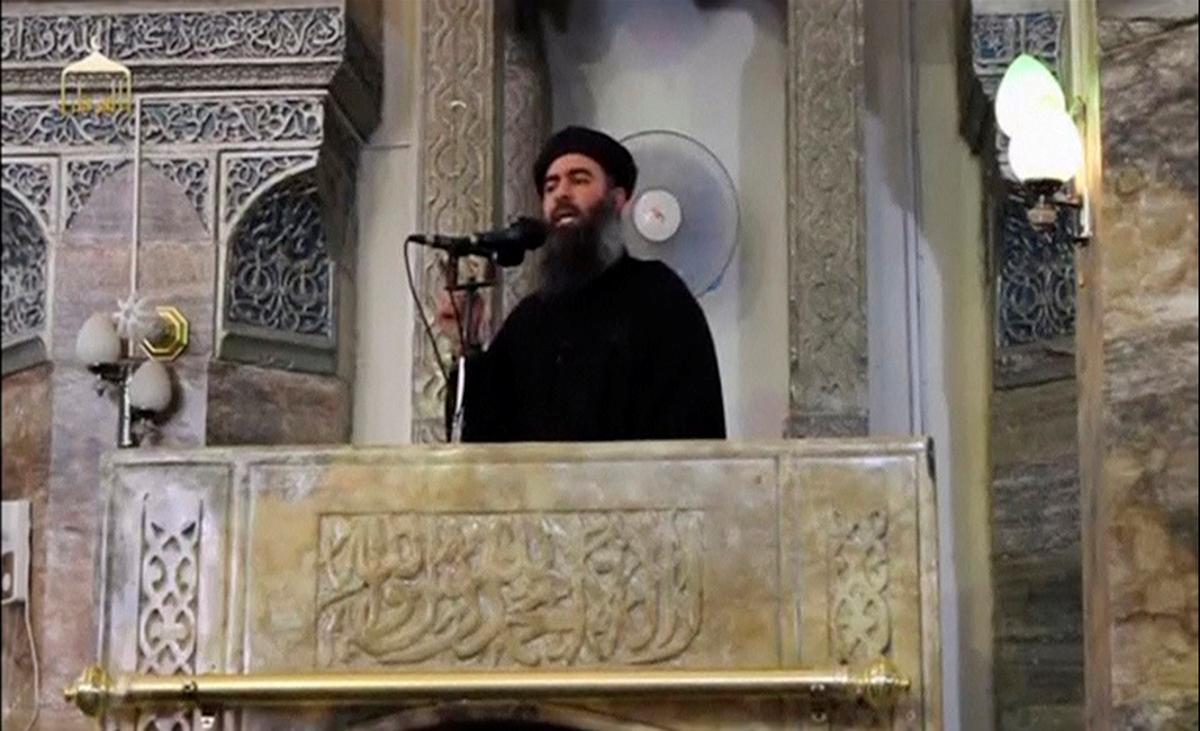 FILE PHOTO: A man purported to be the reclusive Islamic State militant leader Abu Bakr al-Baghdadi has made what would be his first public appearance at a mosque in the center of Iraq's second city, Mosul, according to a video recording posted on the Internet on July 5, 201

“Iran was informed about Baghdadi's death by Syrian officials who got it from the field,” one of the officials said. The second Iranian official confirmed it.