Iranian "blue girl" dies after being set on fire 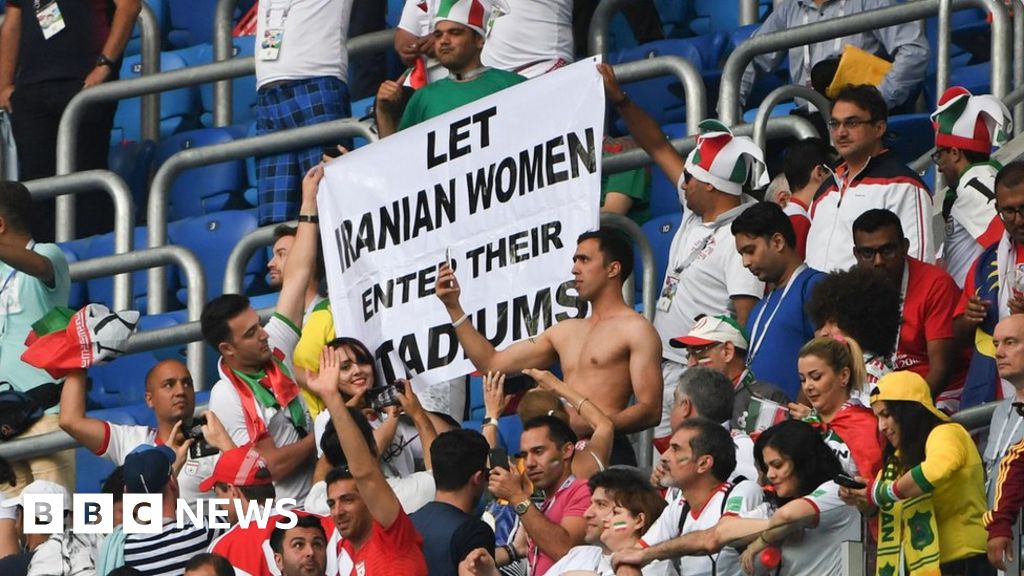 An Iranian football fan who caught fire a week ago has died.

A woman caught fire in Tehran after her trial, trying to enter a football stadium dressed as a man was postponed. [1

Her story is closely followed by Iranians around the world who used the hashtag "blue girl" – a reference to the colors of their favorite team, Esteklal of Tehran.

The woman, referred to as Sahara, who is not her real name, was arrested in March when she tried to enter a football stadium.

After being imprisoned for three days, she was released on bail and waited six months for her court case.

But when she appeared in court, she realized that she had been adjourned because the judge had an emergency in the family.

She later went back to court to retrieve her cellphone and was widely reported to have heard that she had been overheard by someone who said she could get six months to two years in prison if convicted.

She then determined she was confronted in court and later died in hospital.

Women in Iran were stopped from going to stadiums to watch men's sports events in 1981. This was temporarily suspended last year for women to watch the World Cup streaming at a stadium in Tehran.

Although the ban on sports is not enshrined in law, it is "mercilessly enforced," says Human Rights Watch.

The FIFA governing body has set a deadline of August 31 for Iran to allow women into stadiums – something the country has not yet guaranteed.

Calling the case "heart-breaking", Philip Luther of Amnesty International said her death showed the impact of "horrific contempt for women's rights" in Iran.

"Her death should not be in vain. Iran, if further tragedies are to be avoided in the future."

The woman's self-ignition has led to much debate in Iran.

Earlier this month, Iranians launched an online campaign for World Sports Organizations to ban the country of competitions to stop what they considered state. intervention in sports.