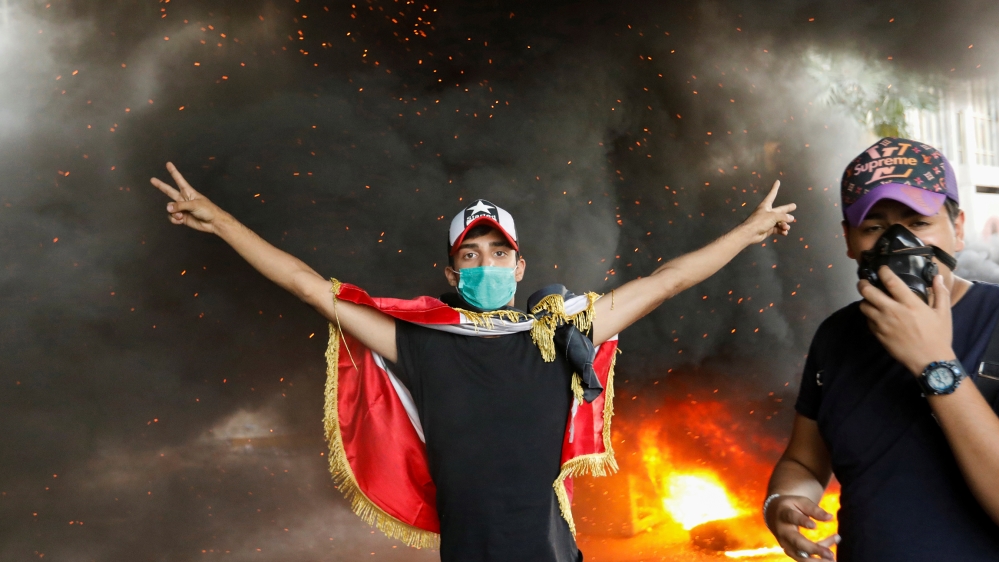 Iraqi security forces opened fire on protesters in Baghdad, killing and injuring several people, according to witnesses, the latest attack of bloodshed amid ongoing protests demanding a review of the country's political system.

Natasha Ghonim of Al Jazeera, reporting from Baghdad, said the clashes on Monday occurred as protesters tried to scale barricades on the Baghdad Ahar Bridge.

"A witness told us that police responded with live ammunition, not tear gas and that at least five people may have been killed," she said. "A medical source told us that about 30 people were injured and those injuries were gunshot wounds to the head and face. The wounded include security forces as well as protesters."

Iraqi Prime Minister's spokesman Adel Abdul Mahdi disputed the allegations. however, telling Al Jazeera that "no one was killed [in Baghdad] tonight".

Reuters news agency also said that at least five people were killed in the clashes near the Ahar Bridge. Video shows security forces shooting a protesting dead with live ammunition, it said, while a Reuters operator said he saw at least four others killed.

However, security sources and medical sources told the agency that one person was killed and 22 were injured. According to sources, rubber bullets and tear gas were used, not live ammunition.

The Associated Press also reported the clashes in Baghdad, claiming that the violence occurred after anti-government protesters crossed the Ahar Bridge and invaded the fortified green zone of the city, which houses the prime minister's office and other government buildings.

Protesters were throwing rocks and burning tires and dumps that sent clouds of black smoke into the air, the agency said. Then security forces flooded the area to protect government buildings, and gunfire erupted across the streets. Police and hospital officials quoted by the AP said at least five demonstrators and a member of the security forces were killed.

Monday's death was in addition to three protesters who were killed late Sunday when security forces opened fire on a crowd trying to storm an Iranian consulate in the holy Muslim city of Kabbalah, Shiite security sources and Shi'ite security sources.

9659004] Security forces in Baghdad have refrained from using live fire in recent days. Nearly 150 people were killed between October 1-7, with 70 percent of deaths due to bullets to the head or chest found to have been identified by a government committee report.

Dozens more were killed after protests resumed on October 24. 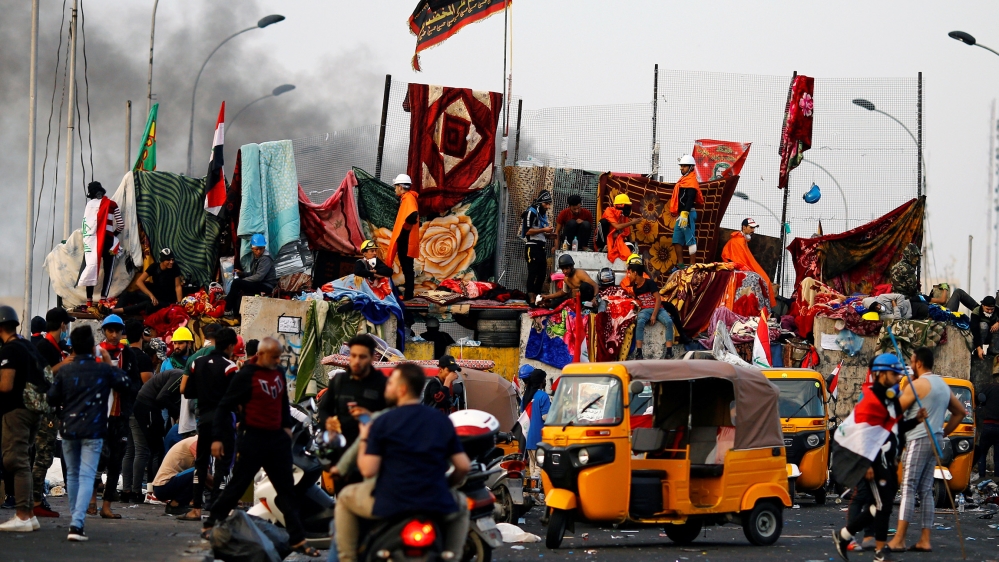 Demonstrations are rooted in years of complaints of mismanagement, official corruption and lack of economic opportunity, but have since expanded to demand rapid change and a major overhaul of the political system of Baghdad. tranche, which was created after the US-led invasion in 2003 [19659004] Demonstrators turned his rage to the class of elite leaders, who they accuse of looting the wealth of the oil-rich country, while the population becomes poorer. The protesters also turned their fury on neighboring Iran and related powerful Iraqi Shiite militias.

Undaunted by the latest violence, protesters on Monday were pushed by civil disobedience tactics that have been increasingly adopted over the past week, including meetings, road closures and strikes.

The National Teachers' Union closed schools nationwide, and other unions later joined. Government offices in more than half a dozen southern cities have been stormed or closed for lack of staff, with banners hanging "Custom Made Closed" in front of buildings. 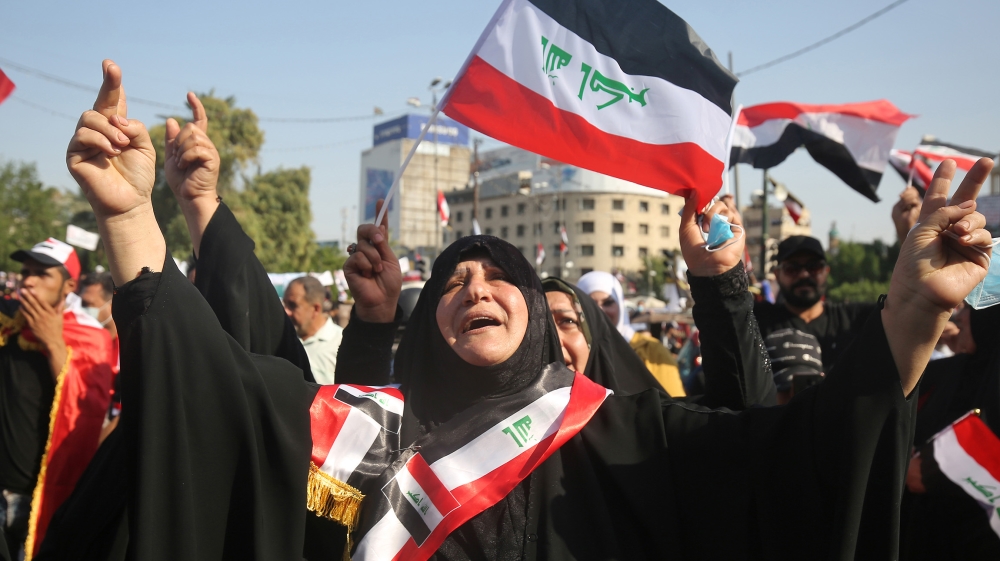 Others have built checkpoints to stop security forces or impose curfew on officials and police, crossing roads in C amava and protests in Nasiriyah and Hila on Monday. Protesters also closed the highway to the port of Umm Qasr, one of the main channels for imports of food, medicine and other imports into Iraq.

Meetings at the Halfaya and Buzurgan oil fields were held in Amara on Monday, blocking employees from accessing the site but without interrupting production.

Common nonviolent actions denied a request from the Prime Minister last night for protesters to end their campaign.

Abdul Mahdi, in a statement late Sunday, called. on protesters stopping the meetings, saying that "blocking roads leading to ports in Iraq causes major losses of over billions of dollars."

His statement made no mention of resignation, despite Iraqi President Barham Salih, who said Thursday that Abdul Mahdi was ready to step down after political leaders agreed to a replacement.

Salih also called for a new election law and stated that it would approve early elections once it is passed. In a meeting with union leaders Sunday, the president said the new election law would be tabled in parliament this week.

However, even if the new election law is quickly approved, the process of holding elections and forming a new government can take several months.

Planting Australian whales: 470 animals that are now on the beach in Tasmania