Is Mars' Methane Spike a Sign of Life? Here's How We'll Know 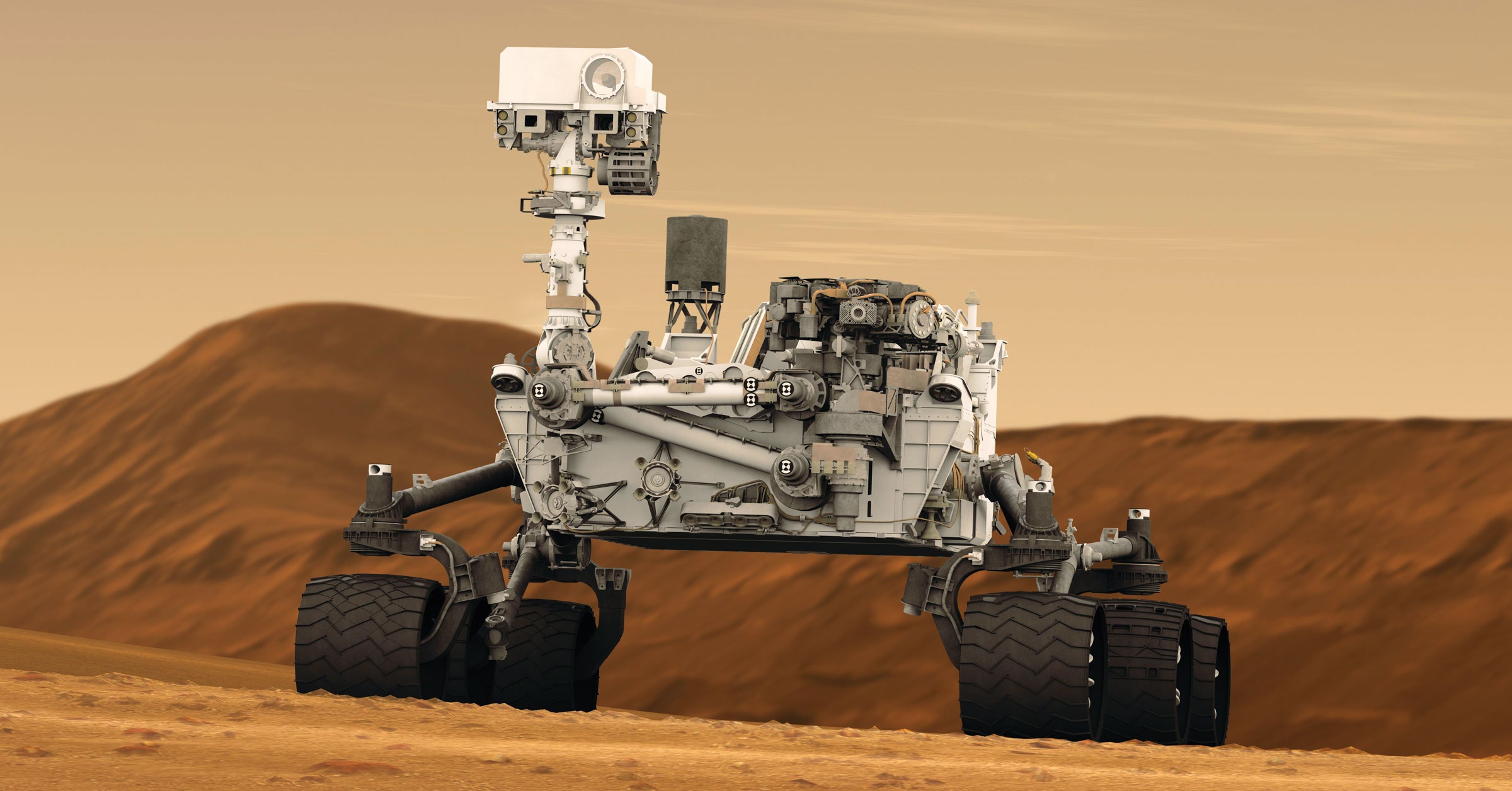 Last Wednesday, the Curiosity rover detected in Mars' atmosphere and a high concentration of methane, and gas which is usually associated with microbial life on Earth. While it is too early to determine whether the gas was produced by Martian microbes or geological processes, the discovery has prompted NASA scientists to reschedule Curiosity's weekend to perform follow-up experiments. If the high concentration of methane is confirmed by Curiosity and orbiters around the Red Planet, the next step would be to locate the source of the gas and determine how it was produced

This will require challenging data analyzes and possibly sending a a new generation of instruments to Mars, so a definitive answer is unlikely to arrive anytime soon. But Curiosity's observation has sparked a furor of speculation, because it is perhaps the most promising avenue for determining if life once existed on our planet's neighbor

It's not the first time methane has been detected on Mars. This honor goes to Mars Express, a European Space Agency orbiter that was sent to the planet in 2003. Shortly after arriving, an instrument called the Planetary Fourier Spectrometer detected the first evidence of methane in the atmosphere.

In 2012, the Curiosity rover landed in the Gale crater , and a valley that is 96 miles in diameter with a large mountain rising near its center. The location has promised to teach scientists a lot about the planet's ancient past, including whether liquid water ever existed on its surface. NASA scientists got an unexpected bonus when, in 2013, Curiosity got a big whiff of methane in the Martian air. By terrestrial standards it was not much – just seven parts per billion, while atmospheric methane concentrations on Earth are around 1,800 parts per billion – but it was 10 times more than the rover had detected when it first landed. Since then, planetary scientists have been trying to figure out where the spike in methane could have come from.

In April, a team of researchers led by Marco Giuranna, a planet scientist at the Italian National Institute for Astrophysics, published a paper in Nature Geoscience that offered a tantalizing solution. By comparing models of atmospheric circulation on Mars with independent geological analyzes, the researchers concluded with a high level of certainty that methane originated in an area about 500 kilometers east of the Gale crater. This region, called the Medusa Fossae Formation, is highly fractured and contains shallow ice. Since the permafrost is an excellent seal for methane, it is possible that the underground ice could trap the gas for millennia and release it when the faults break through the ice

"The first step to understanding the ultimate question – what is the origin of the methane? -is to understand where it is released, "says Giuranna. "

The WIRED Guide to Aliens

Determining whether methane was produced by microbes or geological processes will be tricky, but that's part of the reason why Giuranna and other scientists studying Mars are so excited about Curiosity's new methane detection. On Sunday, NASA scientist Paul Mahaffy said that "with our current measurements, we have no way of telling if the methane source is biology or geology, or even ancient or modern." But a suite of hyper-precision instruments orbiting Mars hundreds of miles (19659003) In a case of cosmic good fortune, the Mars Express orbiter has been performing spot tracking observations of the Gale crater right around the time Curiosity detected the methane spike. Spot tracking focuses the satellite on a specific area as it passes overhead and allows its onboard instrumentation to perform hundreds of measurements during its brief flyby. This allows scientists to create data averages, rather than relying on single observations, to get a more accurate picture of what is happening in the Martian atmosphere. In this case, the Mars Express orbiter was doing spot tracking 20 hours before Curiosity's methane detection, as well as 24 and 48 hours after detection.

As an added bonus, the ExoMars Trace Gas Orbiter also performed atmospheric observations around the same time as Mars Express, but at a higher latitude. Together, these measurements will be used to confirm the Curiosity's detection of a methane spike and add constraints that will help scientists determine when the methane release started and how long it lasted. But the real prize, says Giuranna, would be determining how methane is produced.

This involves analyzing the ratio of methane and its isotopologues, which are methane molecules in which one of the constituent atoms-carbon or hydrogen-has a different number of neutrons from a 'normal' methane molecule. Based on the ratio of methane and its isotopologues, Giuranna says scientists can get an idea of ​​the process that created it. Even though there is hardly any methane in the Martian atmosphere, he says the most recent spike observed by Curiosity, which recorded 21 parts per billion, would be more than enough for Trace Gas Orbiter to tease apart these methane ratios and point to their origin .

We will probably have to wait a few weeks before scientists can complete their analysis of the data from Mars Express and the Trace Gas Orbiter. Neither of the orbiters have relayed their data back to Earth yet and there is a chance that Trace Gas Orbiter did not register any methane. Indeed, the first major data dump from the Trace Gas Orbiter, published by Giuranna and his colleagues earlier this year, showed that the satellite had not detected any methane in the Martian atmosphere. Giuranna says there are many possible explanations for such a discrepancy, such as a "destruction mechanism" capable of removing methane from the atmosphere

If the Trace Gas Orbiter did not register a methane spike this time around, (19659017) More Great WIRED Stories

This article was previously published in the original language: